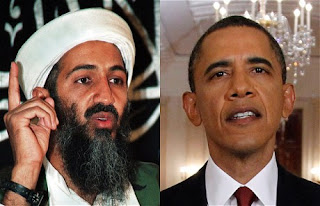 I’m still working on the Bill Schnoebelen post, so in the meantime take a gander at this site, maintained by Texan Ed Chiarini: wellaware1.com. It is, quite simply, one of the strangest and least convincing conspiracy sites I have ever seen. Mr. Chiarini believes that many of the people we see in the news, including most of the major players in the Arizona shooting, are actually actors. The events didn’t really occur at all. He spends hours combing Facebook and other social networking sites in search of “lookalikes”, and he invariably finds them. The website is full of “lookalikes” of missing young women. Chiarini also has a YouTube channel full of explanatory videos.

It is remotely possible (though certainly not likely) that folks like Bradley Manning and Jared Loughner could be fake. But the sheriff of Henderson County, Tennessee? How is that possible? And just why would the shadowy powers behind this gigantic hoax allow several of the Arizona shooting “actors” to appear on an episode of Grey’s Anatomy together? And why on earth would these “lookalikes” leave photos of themselves and their co-conspirators on Facebook and Myspace for all the world to see? (Chiarini says it’s because they didn’t realize he would be hot on their trial, exposing their epic scam)

Sadly, Chiarini’s ill-thought-out theory has been embraced by Joyce Riley of the radio show Power Hour, and a few other members of the fringe conspiracy/Ron Paul community (yes, I’m lumping them together – deal with it). Riley seems certain that Barack Obama and Osama bin Laden are played by the same man.