THE WARMONGER RACE AND WEAPONIZATION OF EVERYTHING 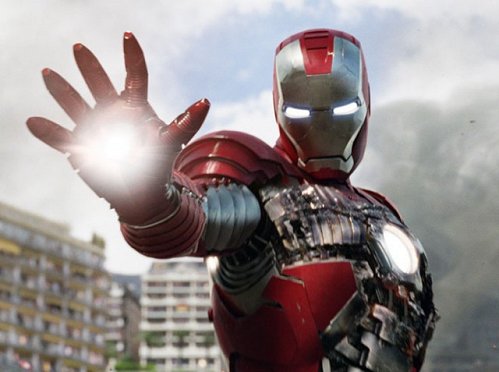 Just Wondering
May 19th, 2012
What’s with this world? It doesn’t matter what new technology surfaces, “How can we weaponize it?”
It’s insane to the max.
Whether it’s viruses and bacteria, flying things, vaccines, food, sound and electromagnetic technology, anything with a camera, x-rays and radiation, forays into space, psychological advances, mosquitoes, vehicles of any sort including unmanned drones of every size, time travel and remote viewing, microchips and computers, robots, and even the environment and flipping weather.
And that’s just some of the stuff we know about. Whatever…..
“Weaponize it!”
SATANIC LUNACY
Just look at all the crap they’re pumping out. It’s incredible! All in the name of “national security”. DARPA, or the Defense Advanced Research Projects Agency, is a highly secretive branch of the Military Industrial Monster that spends billions on developing just such insanities. Cloaked in this extremely handy veil of “classified” like so many 10′s of thousands of documents and undercover operations for decades, DARPA does whatever the hell it pleases.
Like the shadow government. While the populace sleeps, feeling “protected” from one set of fictitious “bad guys” after the other.
So called “Congress” is a long dead joke in this cryptocracy anachronistically called America. That icon so-called “freedom” has slipped off like a bad toupee worn by a Hitler look-alike in a wax museum. Your bullshit detector has to be changed and cleaned more often than a baby’s diaper just to keep up with the lies being spun on an hourly basis.
It’s sick out here. 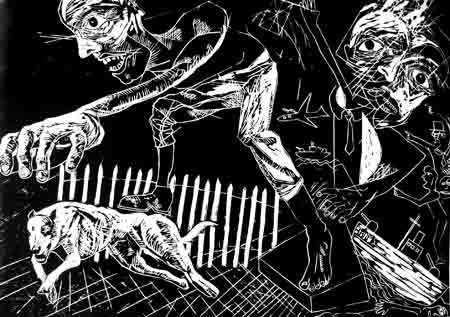 Warmonger by John Carroll
WHO ARE THE WARMONGERS?
This is an important question to ask. When you find out the so-called enemies have all been either fictional or deliberately fabricated you start to catch on. It also leaves you with the horrific spectre of a very dark shadowy power with way too much power and a cornucopia of bad intentions.
Nasty conclusion, but a true one.
The Defense Department, once more openly called the War Department, is the tip of the iceberg.
War is a money maker, as well as a release valve for sick psychopaths, a chance to rearrange the world, take over vital natural resources, reward the gofers with new despotic positions of power, and last but not least enjoy a massive occult, sacrificial ritual to empower those engaged in the dark sorcery of subduing our planet and its native races.
I bring that up because the source is all important.
If anyone can stand back and see how massive this assumptive manipulated world view is, they will deduce there is more than just wicked, evil and power crazed money grubbers at work here.
We’re hitting new dimensions.
This strain of coordinated, frighteningly similar tactics takes on the appearance of a science fiction alien movie.
Why? Because it is.

THEY PLAY US AT EVERY LEVEL
We’re not dealing with conspiracy theory, but conspiracy fact. And as David Icke has wisely said, that doesn’t make every conspiracy theory right either.
Not at all. Especially the ones the PTBs spin as fact. Those are the biggest doozies.
But not one enlightened being I’ve ever known just swallows anything that comes along. Those in that frame of mind are usually trying to be a “success” in the alternative or new age world and look for things to confirm that, as Cliff High has so astutely pointed out recently.
Watch out for some cult of the personality thingy, belief system or ethereal cereal you can’t quite grasp that leads you down the primrose path to nowhere. Cuz that’s exactly where you’ll end up…giving your sovereign sense of judgment and hence your consciousness away. 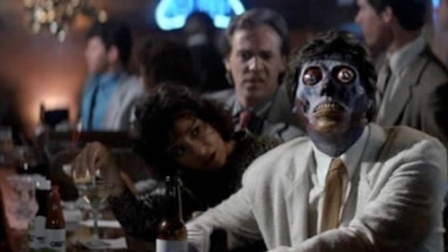 “They Live” disguised amongst us…fact or fiction?
Anyway, to get back on track, we’re dealing with overlords here.
What populace would ever want to send its sons and daughters to die in a far off country?
What rational human being would want to fight against another human to the death for the cause or its rulers?
If your life is directly threatened up close and personal, that would make sense. But these huge engineered wars and decades long escapades into faraway lands with so little information except churned out propaganda, it just doesn’t add up.
And how did they start and get their impetus going?
An event…a galvanizing event.
Pearl Harbor, a “new Pearl Harbor” – 9/11 ~ and a plethora of other examples.
These wars are produced, directed and funded by this self-appointed ruling authority. But it is so essentially other-worldly in relation to true human nature, there has got to be an outside source for this maniacal, highly sophisticated and manipulated passion for war and anything warlike.
Granted, it may appeal to a reptilian side of human nature, but this preoccupation to the detriment of our very race goes way over the top.
WHAT ARE THEY FIGHTING?
There are many thoughts in this area. Some say it’s an evil, bloodthirsty way of life and method of self empowerment for a parasitic race converting humans into co-conspirators.
Others say the earth is being set up as yet another base for an invading species to attack and overcome other planets and solar systems similar to ours, sort of the galactic federation model.
I don’t know. But it’s weird, way weird, and deserves our stepping back to see the absolute insanity of it and pursue its source. Wouldn’t you say?
I do know we, the human race, are the most feared enemy they have.
We have the power to throw them off if we’d be willing to wake up, unite and take action together.
Hence the stringent efforts to dumb us down via tainted food, water and air; a dumbing down and propaganda barrage via education and media outlets, and the deprivation of Truth causing a massive worldwide spiritual asphyxiation.
The following is a perfect summary of this issue and why they are afraid of us
Conclusion
Any way you look at it it’s off the charts weird on this here earth, and getting worse. The weaponization of everything with the escalating knowledge and scientific breakthroughs is not empowering as it should be, but frightening in the hands of such monstrous entities tooling with the weakest of our race…the greedy sell outs who will do anything for power and money.
An easy bunch to convince they’re doing the right thing by eliminating 90% of the earth’s population as long as they survive and get rewarded with a position of power. Talk about phony belief systems!
Boy, are they in for a surprise!!
You really think such evil entities would keep their “word” about anything?
How ironic.
Let the underground base reptilian barbecues begin!
Just wondering, as always….
Love, Zen
www.zengardner.com