The Primacy of Consciousness 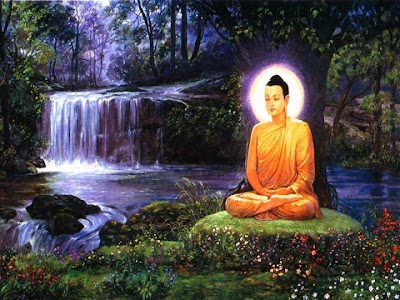 “Matter is
derived from mind, not mind from matter.”
-Tibetan Book of the Great Liberation

More and
more, scientists are catching up with ancient mystics regarding the primacy of
consciousness, the fact that consciousness is an a priori facet of reality, and
not some emergent property of materiality.
One of the fathers of modern brain research, Wilder Penfield wrote The Mystery
of Mind in which he argues his opinion as a neurosurgeon that consciousness
does not have its source in the brain.
The prestigious VISION 97 award-winning psychiatrist Dr. Stanislav Grof
M.D., Ph.D. also agrees that consciousness is a primary, non-local phenomenon
that precedes and transcends time and space: 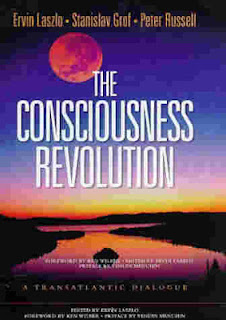 “Over three decades of systematic studies of the human consciousness
have led me to conclusions that many traditional psychiatrists and
psychologists might find implausible if not downright incredible.  I now firmly believe that consciousness is
more than an accidental by-product of the neurophysiological and biochemical
processes taking place in the human brain.
I see consciousness and the human psyche as expressions and reflections
of a cosmic intelligence that permeates the entire universe and all of
existence.  We are not just highly
evolved animals with biological computers embedded inside our skulls; we are
also fields of consciousness without limits, transcending time, space, matter,
and linear causality.”  -Stanislav
Grof, “The Holotropic Mind” (17-18)

The idea that consciousness mysteriously arises from the nervous system
or brain functioning is proven erroneous by the plethora of organisms which
exhibit clear signs of consciousness without having a brain or nervous system.  Plants, bacteria, single-cell and many multi-cellular
organisms all seem quite conscious without these.  Are we to believe these life-forms are
insentient just because they don’t have a brain or nerves? 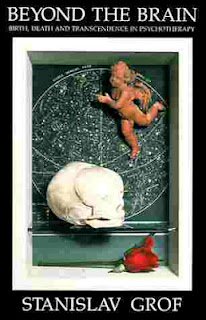 “While new technologies are enabling scientists to understand more
and more of the mechanics of how mind is expressed through the brain, after
many years of research this still sheds no light on their central quest – one
that we believe is fruitless because the premise on which it is based is wrong.  We agree with transpersonal psychologist
Stanislav Grof, who, for more than 50 years, has studied human
consciousness.  Grof has compared the
effort of trying to discover how mind arises from the brain to an engineer trying
to understand the content of a television program solely by watching what
components light up in the interior of the TV set.  If someone sought to do such a thing, we’d
laugh, yet this is the approach that mainstream science has taken and insisted
is correct, despite no evidence to support it and a great deal that contradicts
it.”  -Ervin Laszlo and Jude
Currivan, “Cosmos” (76-77)

“New
scientific findings are beginning to support beliefs of cultures thousands of
years old, showing that our individual psyches are, in the last analysis, a manifestation
of cosmic consciousness and intelligence that flows through all of existence.
We never completely lose contact with this cosmic consciousness because we are
never fully separated from it.”  -Stanislav Grof, “The Holotropic Mind” (195-6) 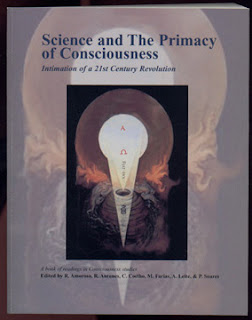 There
are documented cases of hydrocephalus, otherwise known as “water in the brain,”
where people have lived perfectly normal lives with almost no cerebral cortex
or neocortex whatsoever.  This is quite
significant considering that classical science has always assumed the neocortex
to be the supposed “center of consciousness.”
British neurologist John Lorber recorded one case in which a young man’s
hydrocephalus was so extreme that his brain was virtually nonexistent.  Inside his skull was just a thin layer of
brain cells surrounding a mass of cerebrospinal fluid.  Amazingly, everything else about the young
man was normal; he was even an honor student.
If consciousness arises from brain functioning, how is this possible? 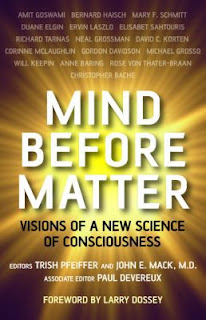 Peter Russell
asks us to consider a couple simple thought experiments to prove to ourselves
the non-locality of consciousness beyond space and time.  When asked to locate their consciousness most
people sense it to be somewhere in their heads.
Since our brains are in our heads, and the brain is often associated
with consciousness, many people assume their consciousness is located in the
middle of their heads, but actually the apparent location of ones consciousness
has nothing to do with the placement of ones brain, and rather depends on the
placement of sense organs.  Since your
primary senses (eyes and ears) are in your head, the central point of your
perception, the place from which you seem to be experiencing the world is
somewhere behind your eyes and between your ears (in your head).  However, the fact that your brain is also in
your head is merely coincidence as shown by the following thought
experiment:  Imagine that your eyes and
ears were somehow transplanted to your knees so you now observed the world from
this new vantage point.  Now if asked to
locate your consciousness where would you point?  If your eyes and ears were on your knees,
would you still experience your “self” to be in your head? 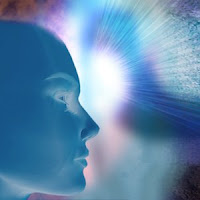 “The faculty
of consciousness can be likened to the light from a video projector. The
projector shines light on to a screen, modifying the light so as to produce any
one of an infinity of images. These images are like the perceptions,
sensations, dreams, memories, thoughts, and feelings that we experience – what
I call the ‘contents of consciousness.’ The light itself, without which no
images would be possible, corresponds to the faculty of consciousness.  We know all the images on the screen are
composed of this light, but we are not usually aware of the light itself; our
attention is caught up in the images that appear and the stories they tell. In
much the same way, we know we are conscious, but we are usually aware only of
the many different perceptions, thoughts and feelings that appear in the mind.
We are seldom aware of consciousness itself.”  -Peter
Russell, “From Science to God” 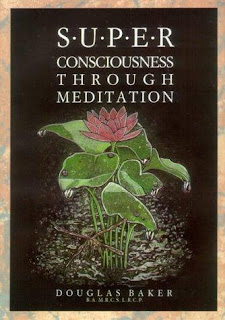 In deep
meditation, during spontaneous OBE, or under the effects of entheogens many
people temporarily transcend their contents of consciousness completely and
achieve a lucid state of awareness that is purely the faculty of consciousness.  In this state there is no space and time,
just the infinite here and now, no “me” and “not me” division, just one universal awareness.  Such experiences
are referred to as “mystical” and deemed “unscientific” because they are
subjective and unrepeatable under laboratory conditions, but for those who
experience such transcendental states, this first-hand gnosis provides them
with an intuitive knowingness of the primacy of consciousness beyond all space,
time, and matter.

“The
Eastern mystics link the notions of both space and time to particular states of
consciousness. Being able to go beyond the ordinary state through meditation,
they have realized that the conventional notions of space and time are not the
ultimate truth. The refined notions of space and time resulting from their
mystical experiences appear to be in many ways similar to the notions of modern
physics, as exemplified by the theory of relativity.”  -Fritjof Capra, “The Tao of Physics” (164)
“In short, the
impression that your consciousness is located in space is an illusion.
Everything you experience is a construct within consciousness. Your sense of
being a unique self is merely another construct of the mind. Quite naturally,
you place this image of your self at the center of your picture of the world,
giving you the sense of being in the world. But the truth is just the opposite.
It is all within you. You have no location in space. Space is in you.”  -Peter
Russell, “From Science to God”