The Healthcare Crisis of the Century

It’s hardly a state secret that we Americans are getting old. Both in raw numbers and as a percentage of the overall population, the 65+ cohort is growing rapidly as the baby boomers slide into retirement.

On the plus side, these data confirm that more Americans are living to a ripe old age than ever before—many of them in good health well into their seventies and eighties. 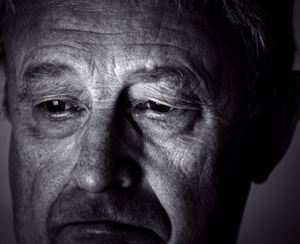 But all too often, with age comes susceptibility to ever more serious ailments and a diminishing quality of life—especially if you contract a disease that obliterates your innate sense of self and destroys everything that makes life worth living.

That’s what Alzheimer’s disease does. This most common type of dementia was first described by the German physician Dr. Alois Alzheimer more than a century ago… but to this day science isn’t sure what exactly it is and what causes it.

It is also increasing in incidence, as would be expected with an aging population: Right now, about 5.2 million Americans suffer from Alzheimer’s—already a large number—but in just 26 years that number will have more than doubled, to 11 million.

–In 2013, the direct costs of caring for those with Alzheimer’s to American society totaled an estimated $203 billion, of which $142 billion came from taxpayers through Medicare and Medicaid.
–Total payments for health care, long-term care, and hospice for people with Alzheimer’s and other types of dementia are projected to increase from $203 billion in 2013 to $1.2 trillion in 2050.
–This dramatic rise includes a 500% increase in combined Medicare and Medicaid spending.

It’s a serious healthcare crisis in the making—significant today, and on its way to astronomical levels in short order—putting an ever greater amount of stress on a medical establishment that is already coming apart at the seams.

What About a Cure?

As I’ve mentioned before, despite decades of research, until recently scientists knew precious little about the specifics and causes of Alzheimer’s. Their best guess was that it involved a combination of genetic, environmental, and lifestyle factors. But there was no reliable biomarker that would help indicate who would be affected, let alone a sure pathway to a treatment.

The best the pharmaceutical industry managed to come up with were treatments that slowed down, rather than stopped, the progression of the disease—and even then only for a short period of time. In fact, to this day there are just five FDA-approved drugs to treat Alzheimer’s at all, and none is particularly effective.

According to a stark appraisal from Consumer Reports Health, “When compared to a placebo, most people who take one will not experience a meaningful benefit.”

The Alzheimer’s Association reports that on average, the five approved AD drugs show some efficacy for only about six to twelve months, but only in approximately half of the individuals who take them.

Nevertheless, despite their lack of efficacy, these drugs posted some impressive sales figures before cheaper generics became available. A real breakthrough in the treatment of Alzheimer’s, the scientific world agrees, would be a game-changer for modern medicine.

And that breakthrough may just be on the way. Right now, there’s a small company that looks like it may beat its competitors to the finish line.

Alzheimer’s disease diminishes the ability of neurons in the brain to communicate with one another. That ultimately leads to neuronal death and, over time, destroys memory and thinking skills.

Although scientists have yet to pinpoint a single cause for the disease, they’re getting far closer to understanding the disease than ever before.

Beta-amyloid plaques, for example—the infamous “plaques” that form in the brain as part of the disease’s development—show links with chronic and persistent infections, such as gingivitis. Also, the interaction of these amyloid plaques and biological metals (zinc, iron, copper, etc.) seems to result in deterioration of brain cells.

It was once thought that beta-amyloid plaques were the primary cause of the damage to neurons seen in AD, because they’re the most visible when the brain of a deceased AD patient is dissected. But now a growing number of researchers believe that the small, still-soluble beta-amyloid oligomers may be the main culprits because they’re often found in the spaces between neurons (synapses), where they are believed to disrupt communication by interacting with the metals and creating a short circuit. With nothing firing across the synapses, information is no longer transmitted from one neuron to another, and the cells start to die off from lack of use.

One small biotech startup has been moving forward with the development of compounds to render these biological metals inactive, preventing this short circuit and allowing the brain to resume normal function or even heal.

Today, that company sits on the cusp of what may prove to be the single most important data readout on the subject since its inception—a trial that should prove whether this technique shows as much efficacy in a large group of human patients as it has shown in animal testing and in anecdotal evidence from early human trials.

In the months since we started following this small company, many investors have caught on to its potential. Once a tiny company with a $30 million market cap, news of its successes, including positive readouts from a study of the much smaller but related Huntington’s disease, have driven the stock up nearly 400% in the last year.

While that might sound like much of the good news has been priced in, we beg to differ. Global investment firm Deutsche Bank, for instance, recently pegged the global Alzheimer’s drug market at $20 billion per year. With no real competition in the market, the company could easily capture 20% of that market—or about $4 billion annually.

Even if this small company can only realize a quarter of that revenue after working through big pharmaceutical partners to manufacture and distribute the treatment, it could see $1 billion in annual revenues.

If we compare this company to other companies with similar revenues in the same industry, it means that in the long run, its shares could be worth 10x what they trade at today, even after the recent run-up—and that’s with many very conservative assumptions along the way. A real breakthrough treatment could make these numbers seem ridiculously small.

But investors won’t have to wait that long to make money. Positive trial results, which are due in March, could easily double the share price as the company moves steadily closer to market. Of course, there aren’t any guarantees, but the company doesn’t even have to provide groundbreaking news at this point. If early trial results can simply be repeated, the potential is enormous.