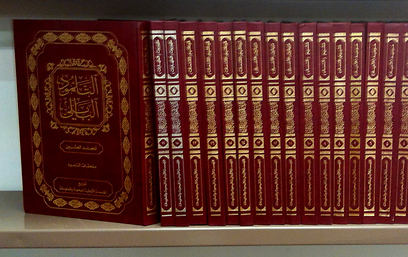 Several years ago when I first learned about the existence of the Babylonian Talmud one thing was made clear. It was considered a great crime among Talmudics to share its contents with non Jews. The punishment for a non Jew to be found reading it was death; it was death to any Jew caught sharing this information as well. In the past it was the true translations of this book that had Jews killed or forced to leave countries. So of course the contents are protected.
In cases where keeping it private was impossible, there was a doctored version for various rulers who wished to check out the contents of this racist text. In other words, the rabbis did not want the truths to be discovered and had no qualms about preserving them in secrecy and lies.
This Arabic translation could be done by totally honourable scholars and be on the up and up. Or, it could also be doctored for common consumption by those who wish to maintain control over such things considering that now the cat is out of the bag ~ that cat being a savannah lion.
(Now also it will be easier to see similarities between Sharia and Noahide Laws but that is another lifetime of discussion right there.)

The fact that the book is now available translated by non Jews ~ by, gasp!, Arabs ~ is already a crime against Jewry beyond compare in the minds of even the most remotely orthodox Jew.

Just how honourable and reliable is the source of the translation? 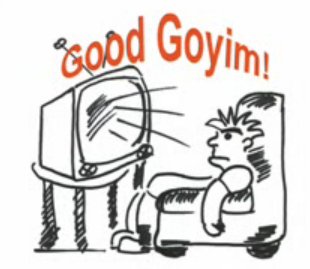 Rehmat’s World
May 26, 2012
Several pro-Israel Jewish groups led by Abraham Foxman have urged the Jordanian government to take action to ensure that the recent Arabic translation of Jewish Talmud is not used to teach hatred of Jews and Israel among the Arabs.
A group of some 90 Jordanian Muslim and Christian scholars and researchers spent six years to translate Babylonian Jewish Talmud from Aramaic to Arabic. The project was sponsored by Amman-based academic group ‘Centre for Middle Eastern Studies (CMES). The 20-volume set is being sold for $750.

So why are pro-Israel Jewish groups upset with an Arabic translation of the Jewish Talmud? 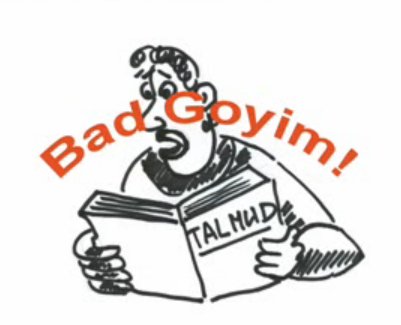 .
Abraham Foxman, national director of ADL says the introduction to the 20-volume set claims that Talmud teaches hatred toward non-Jews (Goyim) which is the basis of Israel’s discrimination against Arabs and the native Muslims and Christian Palestinians.
The ADL translation of the introduction in Arabic, May 21, 2012. ADL claims:

“These texts confirm the racist and hostile perception toward the non-Jews, especially those who threaten the ‘chosen nation’ and stand in the way of its ambitions and hopes.
There is no doubt that Israel is the best example of this racist position, both in the level of its daily crimes against the Palestinians and the level of its rejection and contempt for international resolutions and laws.
For what applies to other countries in the world does not apply to contemporary Israel, as it is unique. Jews, according to this racist position of the Talmud, are permitted to do what is not permitted for non-Jews,” … “
Elsewhere in the introduction, the reader is informed that the Talmud claims that non-Jews are inhuman, may be tricked or cheated, that it is permissible to kill them, and so on“.

In February 2003, Abe Foxman had made a similar claim, saying:

“It has become a common refrain among the anti-Semites that the Talmud is the ‘smoking gun’ that confirms their belief about Jews being stingy, malevolent and intent on world domination. They create this myth about Jewish practices and tradition, which helps to further justify and promote their anti-Semitism“. ~ Christian historian, Michael A. Hoffman II exposed Abe Foxman’s lies about Talmud here.

Let us listen to Israeli rabbis, historian, academic, Jewish writers and Christian scholar to find out what they have to say about the teachings of Babylonian Talmud which is considered holier than the Old Testament among a great majority of Jews.
Rabbi Ovadia Yosef, former chief rabbi of Israel, reported by BBC, April 10, 2012, said:

“It is forbidden to be merciful to them (Arabs). You must send missiles to them and annihilate them. They are evil and damnable,”

“Non-Jews are donkeys ~ and are created to serve Jews“.

“One million Arabs are not worth a Jewish fingernail,”.

“According to Jewish law, any one person ~ any one person who willfully, consciously, intentionally hands over human bodies or human property or the human wealth of the Jewish people to non-Jews is guilty of the sin for which the penalty is death,”.

“Put 100 kilograms of explosives into the mosque, so that we may rid ourselves of it once and for all. Uzi, you’ll go down in history if you do this. You don’t realize what tremendous significance this would have,” said the rabbi.
“Whenever the presence of a gentile (non-Jew) threatens the life of Israel, it is permitted to kill the gentile even if he is righteous person and should not be blamed for the situation,” ~ King’s Torah, written by Rabbis Yitzhak Shapira and Yosef Elizur, members of Benji Netanyahu’s radical Likud party.

Rev. I. B. Pranaitis, professor of Hebrew language at the Imperial Ecclesiastical Academy of Roman Catholic Church in Old St. Petersburg in his book ‘The Talmud Unmasked‘ documents the Jewish hatred toward Jesus, his mother Mary and Christians.
Israeli author and historian, professor Israel Shahak in his famous book, ‘Jewish History, Jewish Religion‘, documents the ugly faces of both Judaism and Jewish history against non-Jews.
Israeli professor Benjamin Beit-Hallahmi in his 1987 book “The Israeli Connection: Who Israel Arms and Why” says that destabilization of Muslim countries is the cornerstone policy of the Zionist regime.

“What kind of religion sanctions deception and immorality for the sake of political goals? Orthodox Talmudic Judaism. The Babylonian Talmud encourages Jews to cheat and deceive Gentiles whenever necessary! In fact, “by way of deception” is the motto of Israel’s spy agency Mossad,” Rev. Ted Pike, 2010.

“The Talmud is a blasphemous and criminal text by all accounts. Technically it is a compilation of excuses allowing the commitment of crimes; non-Jews are considered by it as non-humans, thus every conceivable crime against them is allowed,” wrote Roy.

JEWISH WISDOM ~ WHAT IS A GOY?
This is pretty funny. But then, humour is subjective I suppose.
Bookmark the permalink.