In this edition of SPOTM: Leona Lewis, Rihanna, Lebron James and a bunch of proving that Illuminati symbolism is omnipresent in mass media. 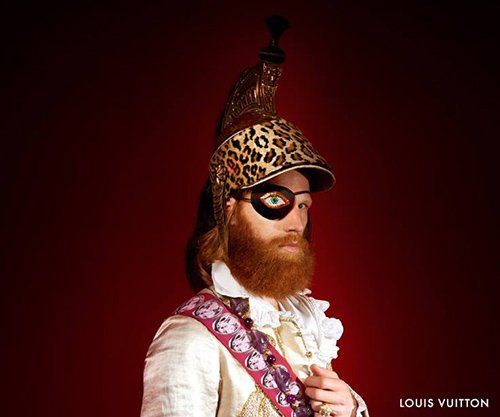 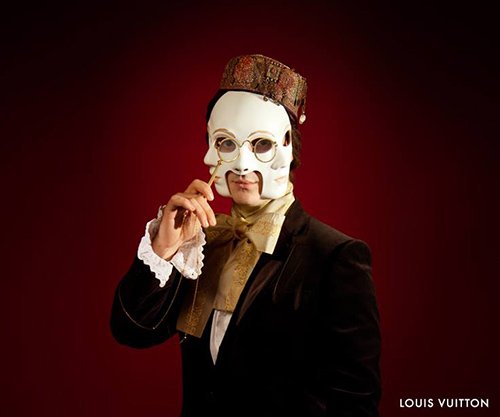 This guest is wearing a multiple faced mask – a theme that appears to be a favorite in “elite parties”. 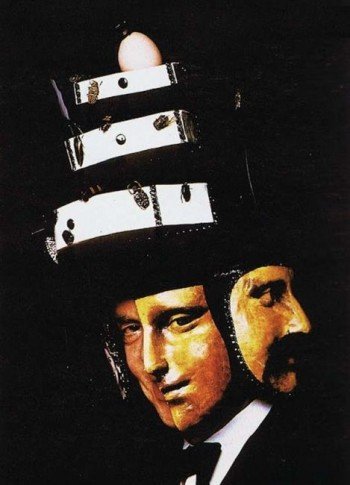 A picture of a guest at an actual masked ball thrown by the elite Rothschild family in 1972 (read the article about it here). 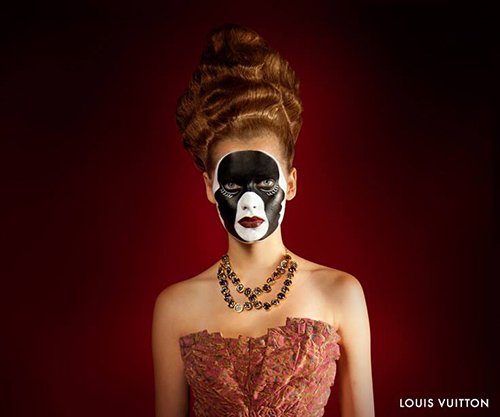 Another guest sporting the “multiple face” theme. In MK Ultra symbolism, this can represent a slave’s multiple personas. 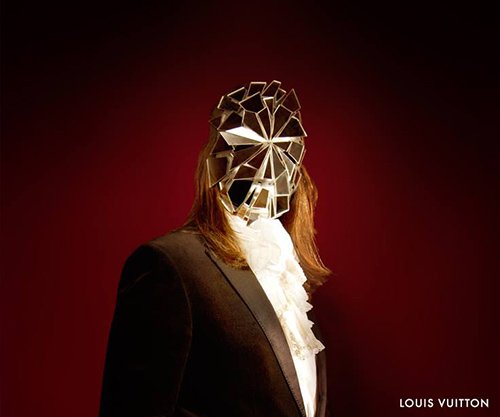 In MK symbolism, a broken mirror represents a slaves fractured psyche. Of course, this mask can only represent a broken mirror, but, considering the imagery of the other costumes, there’s definitely a multiple-persona theme going on there. 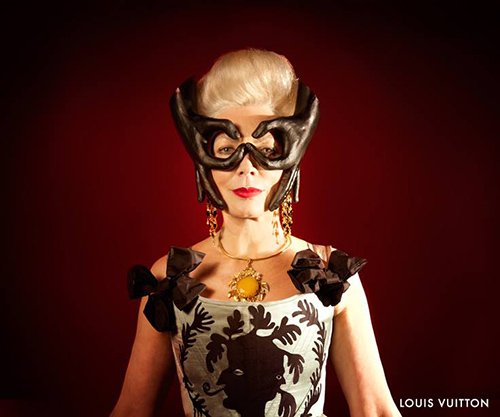 Eye-wear made of hands (MK handlers?). Also, this guest’s top features the image of a Janus-like two-faced being. 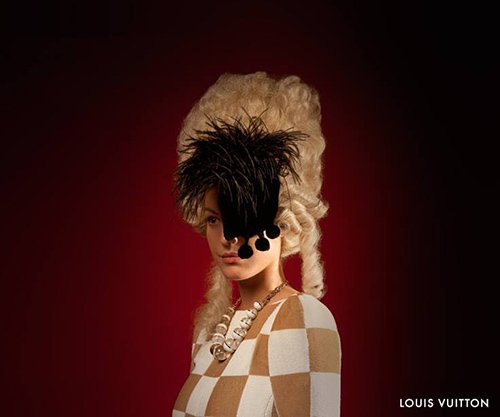 Something “fashionable” is hiding one eye. Combined with the cherckerboard patterned dress = This ad campaign is a nod to the occult elite. 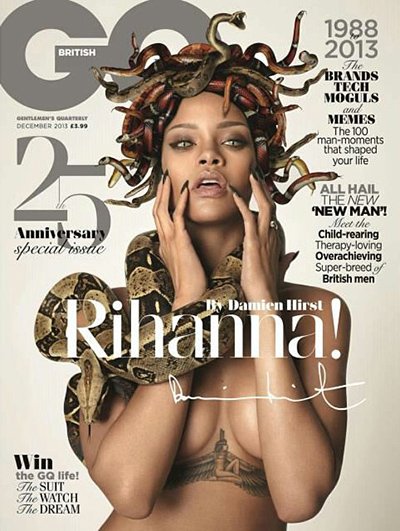 On the cover of British GQ, Rihanna is a repitilian-eyed Medusa-type character with snakes instead of hair. 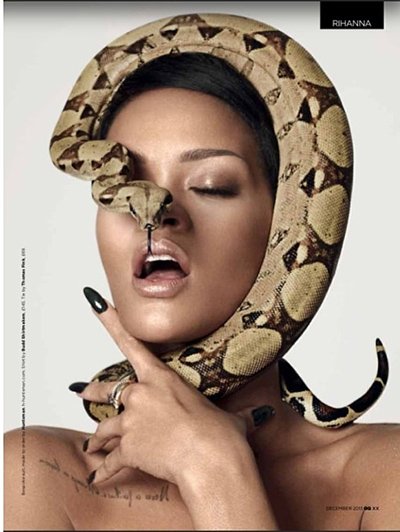 In this pic, a snake somewhat strangles her while its head hides one of her eyes. Does this represent the “stranglehold” of the industry Illuminati puppets? 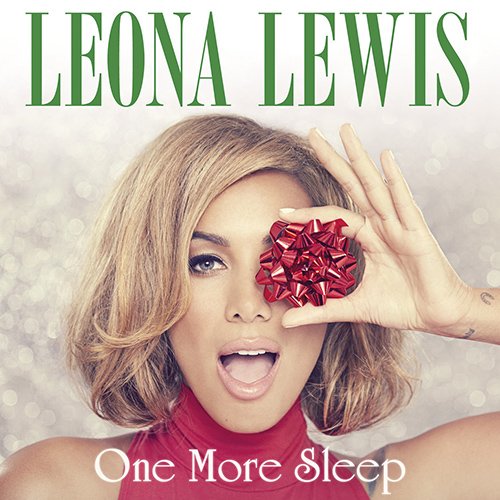 “The Voice UK” finalist Vince Kidd is trying to make it big in the industry. In his video “Zoo”, he’s got one eye hidden by a monarch butterfly (representing Monarch programming). That’s like Illuminati 101. 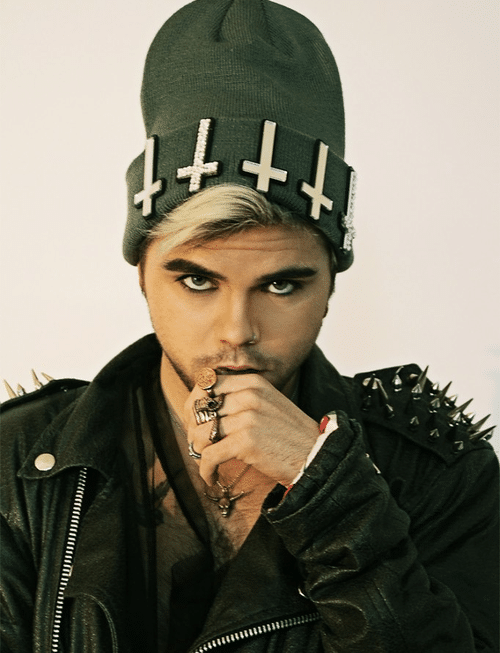 Vince Kidd in Pause Mag with a bunch of inverted crosses on his hat and a Baphomet pendant. Reality shows are a great way to recruit Illuminati pawns.

The Nike website dedicated to NBA star Lebron James features a bunch of icons describing his style of play. Almost all of them are clearly Masonic. This icon contains a beehive and stylized compass, two classic Masonic symbols.

This icon clearly represents the ultimate Illuminati symbol: the All-Seeing Eye surrounded by glory inside a triangle.

This icon features a pyramid with an illuminated capstone. At the center is an open book lit by candles, another symbol found in Masonic art. On the book is written “Thirty Four”. On the website, it is explained that Lebron James increased his shots taken in the paint from 34% to 40% in the last ten years. That’s great and all, but wouldn’t it be more logical to put “forty” on the book? Is it a coincidence that Masonry is comprised of a total of thirty three degrees? Does “Thirty Four” represent the hidden step above Masonry…the Illuminati? 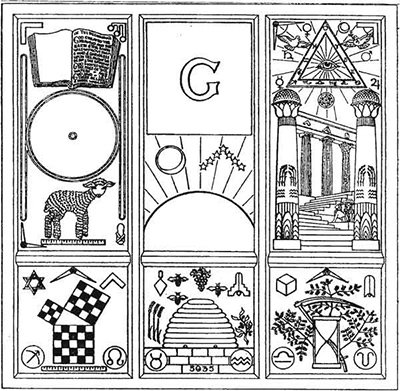 Most of the symbols above can be found on this Masonic panel. Pretty darn obvious.

Short video bumps promoting the network Adult Swim feature a 101 of Illuminati / NWO symbols such as the All-Seeing Eye in the sky, pyramids, Masonic temples, a bunch of dead people (depopulation?), computers controlling people and elite-looking characters rising above the clouds. Here’s a screenshot of one of them. 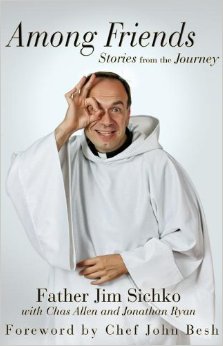 Father Jim W. Sichko is a priest of the Diocese of Lexington, KY. He has ties with Hollywood and the political elite. Unsurprisingly, he is doing the One-Eye sign on his book cover. Lame.

PBS has recently introduced “Black Culture Connection”, a whole subdivision of its operations dedicated to black culture. While I find it somewhat odd that black culture is “segregated” into its own section, the image used to promote is even more telling: One Eye sign =  It is about pushing the elite’s agenda to this particular demographic. 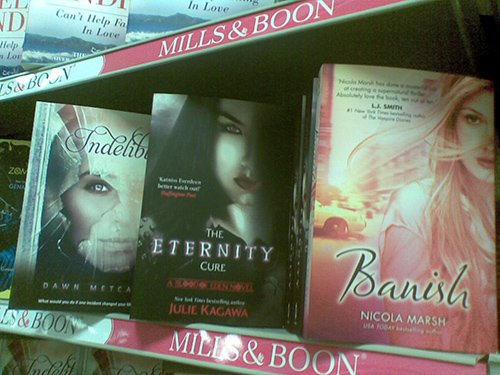 A “vigilant” reader sent me this pic of the book section of a major retailer. Along with the pseudo-occult theme that appears to be omnipresent in mass market “literature”, the one-eye sign is also prominently displayed.

Thanks to everyone who sent in pics!

The post Symbolic Pics of the Month (11/13) appeared first on The Vigilant Citizen.