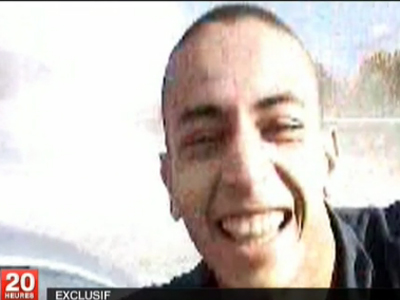 Posted by Noor April 12, 2012
Q: Svali, when you hear news stories about the so-called ‘lone gunman’,or perfect patsy, such as Timothy McVeigh, Lee Harvey Oswald, Sirhan Sirhan,John Hinkley (Reagan assassin), Eric Harris & Dylan Klebold (Columbine HighSchool) ~ and I’m sure you could give us even more examples ~ what is yourfeeling on this? Many of these killers have links to the military, eitherdirectly or through their family, and are rumored to be mind control slaves;McVeigh supposedly even had a chip implant.
ED: Virginia Tech shooter Seung-Hui Cho showed allthe signs of being controlled as well.  Mark David Chapman also was such a person.
What’s your take on this, is it possible that those men were mind-control slaves and can you give us an idea of how easy (or difficult) it isto create the perfect MC slave and how they are trained and controlled? Whatare signs or clues that would give away whether these criminals may have been mindcontrolled?
Svali: I believe strongly that many of these people are people whohad MK ULTRA or military training/assassin training that went”bad”.
ED: Is assassins training not bad from the very outset? I believe these people were merely doing what they were instructed to do. There was no “going bad” involved. They acted under orders. That is a major reason why the trauma is instilled, so that the alter which performs the crime can be put back to sleep so that the consciousness of the person has no memory (most often) of what they did.
In fact, I KNOW a few of those guys were, and if you read upon the cases, there is almost always a mention of Nazi or occultparaphernalia in the home (unless they have covered it up); web sites withoccult and Nazi symbolism (such as in the Colorado shootings a couple of yearsago at the high school) or other signs pointing to some amount of involvementin a cult or the occult.
Whydo I think they have this training? First, because no one just picks up a gunone day and learns how to shoot (and hit their target). Where did these peoplelearn to aim and shoot? Where did they do their target practice, and developtheir deadly accuracy in many cases?
WhenI was a trainer in the Illuminati, there was one command that every trainerlearned first when working with their subjects (and assassin training was thenmandatory for ALL children, I went through it and do not know of any childrenin the Illuminati who have not).
Thecommand? The “halt” command. This is the FIRST command put in, itfreezes the child or teen or adult in place, and is ground in.

Whydo trainers learn this code first for the person they work with? Because of thereal risk that the person may try to kill them, and the halt code bypassesthis. This is a person who has been horrendously abused in atrocious ways frominfancy on. This is a person taught since age five to shoot, first with airguns and BB shot, later real guns, and to practice using VR equipment.
Thisis a person taught in early childhood to kill coldly and emotionlessly oncommand. This is a person who is told to shoot their brother or sister during aVR exercise, and they believe it is real under hypnotic trance, to test their”obedience”. (They actually did this horrible thing to my son, and hecried as he told how anxious he was the next day and almost died of shock tosee his sister alive and well. That was the ONLY way he knew it had been a VRexercise and NOT real).
Thisis a person with endless rage towards their tormentors and abusers after alifetime of torture, abuse and rape, who is told to “use their anger”to make them a better marksmen. This is a person told that eliminating the”enemy” and the weak will bring them glory and help “family”. Now,if that child or teen or adult is alone and tormented in the daytime, a greatanger will build up. This person becomes difficult to control.
ED: Remember the inexplicable marks on the body of Jon BenetRamsey. Remember the ligature marks around her neck. Remember also that she wasvictim of sexual abuse although this was not reported during the hubbub of herdeath. Kathy O’Brien’s very detailed description of this process in her book Tranceformation of America leaves one appalled. Svali barely touches the horrendous process but this is enough to get the idea across.
Atnight, I knew trainers (who were sloppy or pushed too hard) who were killed bythe person they were working on. It was considered one of the “risks ofthe job”. I was always cautious. All trainers knew that at night a personmight get out of control, it always happened some. The person was highlypunished for it, locked up for days, tortured, to teach them that it wasn’tokay. If the person became very unstable, they might be considered”expendable” and eliminated. Or sent to a state hospital, where noone would believe their “paranoid fantasies” of being taught toassassinate others.
Ifthe brutal and controlling trainers had trouble controlling people and at timeswere killed by them, then why wouldn’t they occasionally lose control in thedaytime? It happens, and is quietly covered up (guess how quickly the FBI yanksaway incriminating web sites or occult paraphernalia or anything linking theperson to an organized occult group?). 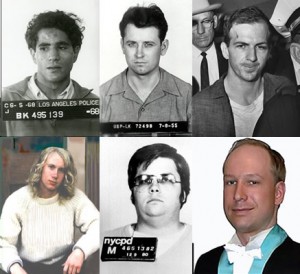 People do not suddenly become killers. It is a learned processto overcome the natural horror of killing other human beings, a process begunin earliest childhood by the Illuminati. You have to FORCE a child to kill.
Here is how it is done (how it was done to me):

[1]When the child is 2 years old, place them in a metal cage with electrodesattached. Shock the child severely.
[2] Take the child out, and place a kitten in its hands. Tell the child towring the kitten’s neck. The child will cry and refuse.
[3] Put the child into the cage, and shock them until they are dazed and cannotscream any more.
[4] Take the child out, and tell them again to wring the kitten’s neck. Thistime the child will shake all over, cry, but do it, afraid of the torture. Thechild will then go into the corner and vomit afterwards, while the adultpraises them for “doing such a good job”.

The older the child or teen, the more advanced the training. Byage 15, most children will also be forced to do hand to hand combat in front ofspectators (high people who come to watch the “games” much as theancient gladiators performed). These matches are rarely done to the death,usually until one child goes down. They use every type of weapon imaginable,and learn to fight for their lives.
If a child loses a fight, they are heavily punished by theirtrainer, who loses “face”. If they win, they are again praised forbeing “strong’ and adept with weapons. By the time they are 21, they arewell trained combat/killing machines with command codes to kill and they havebeen tested over and over to prove that they WILL obey on command. This is howchildren in the German Illuminati are brought up, I went through itmyself. 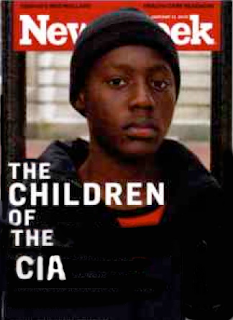 Q: Svali, you said earlier that a ‘halt’ program is one of thefirst programs installed in children. What exactly does it consist of? Is itjust a code word, or a more complicated process?
Svali: Normally, the halt program is a code that freezes the childor adult in their tracks. It is a combination of numbers, such as”354″ (not a real one, just similar as an example), or a German wordand number combination.
Allchildren will try to hurt their trainers back, it ALWAYS happens, at a veryyoung age. The part of them that tried to do the hurting (usually a protector)will be severely punished, with imprisonment and isolation, or being beaten, orshocked, or a combination to teach them not to do this.
Thehalt command will then be put in under hypnosis, while drugged, after extremetrauma. The alter with the command is told to come out INSTANTEOUSLY on hearingit, and to freeze the body with no movement; the person is told that if theyfail to do this, many more torture sessions will follow as punishment. It isreinforced frequently over time.