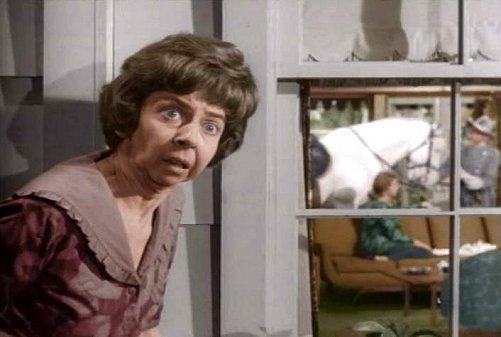 Do you remember when the Doris Kravitzes on the block were all one had to deal with in regards to snooping?  The good old days….
Automotive black boxes could be mandatory by 2015.

Modernautomobile data recording devices record up to 20 seconds of information beforeany crash.  The data recorded can include whether the passengers of thecar were wearing seat belts, the car speed at any point in that 20 seconds, theacceleration of the car in that 20 seconds, the percent of the engine throttleand gas pedal, when the brakes were activated, when the anti-lock braking devicewas activated and more. This information would be used for insurance claims,mileage for carbon taxes according to usage, the possibilities are endless. ~ as you will read below, taken beyond Orwellian levels.

By Sarah Jacobsson Purewal,
PCWorld
Apr 20, 2012
The U.S. Senate has passed a billrequiring all new cars manufactured in the United States be fitted with blackbox data recorders. Senate Bill 1813 [PDF] was passedby the Senate and is just waiting for approval from the U.S. House ofRepresentatives, InfoWars reports.
Section 31406 of the “Moving Ahead for Progress in the 21stCentury Act” (MAP-21) bill calls for “Mandatory Event DataRecorders” to be installed in new vehicles, starting in the year 2015.
The bill states that within 180 days of the enactment of thebill, the Secretary must revise part 563 of title 49 (Code of FederalRegulations) “to require, beginning with model year 2015, that newpassenger motor vehicles sold in the United States be equipped with an event datarecorder that meets the requirements under that part.”
The bill then goes on to describe the “limitations” oninformation retrieval. Basically, while there will be a “Big Brother”style recording device in all new vehicles, the data recorded on the devicewill be the property of the owner of the vehicle.
“Any data in an event data recorder required under part 563of title 49, Code of Federal Regulations, regardless of when the passengermotor vehicle in which it is installed was manufactured, is the property of theowner, or in the case of a leased vehicle, the lessee of the passenger motorvehicle in which the data recorder is installed,” the bill states.
According to the text of the bill, the data on the recordingdevice may not be retrieved by anyone other than the owner or thelessee…unless, of course, the government asks for it.
The data may be retrieved by someone other than the owner/lesseeif it is requested, and backed, by a court authorization, or if there is amedical emergency. It may also be retrieved if the owner/lessee consents, or ifit’s relevant in an investigation or inspection conducted by the Secretary ofTransportation.
InfoWars criticizes the bill for its privacy implications, and pointsout that there are “innumerable examples of both government and industryillegally using supposedly privacy-protected information to spy onindividuals.”
VentureBeat, on theother hand, notes that this privacy concern is largely irrelevant ~ Event DataRecorders (EDRs) have been voluntarily installed in cars for several years. Infact, VentureBeat reports, at least 64 percent of cars insurveyed in 2005 had an EDR installed, including 100 percent ofcars made by General Motors, Ford, Isuzu, Mazda, Mitsubishi, Subaru, andSuzuki.
Still, I understand InfoWars’ concerns. After all, there havebeen instances in which the government has used GPS to illegally track suspect’s vehicles, andmandatory EDRs would just make this even easier. Also, what’s to stop a courtfrom requiring data from these black boxes bepresented to insurance companies?
“The ultimate Big Brother scenario would be a systemwhereby every driver had to get de facto permission from the state to driveeach time they get behind the wheel, once it had been determined from an irisscan that they were good citizens who have paid all their taxes and notmisbehaved,” InfoWars says, noting that Bill 1813 also contains acontroversial clause that would allow the IRS to revoke passports of citizens accused ofowing more than $50,000 in back taxes.
This provision is designed to keep tax-owing citizens fromleaving the country, but could such logic lead to the government strippingcitizens of driving rights as well?
(Images of Auto “black box” courtesy offreedomsphoenix.com and image of car accident courtesy of Funnyphotosto.com)
COUPE SNOOP:
CONGRESS WANTS ALL CARS
TO BE EQUIPPED WITH RECORDING DEVICES 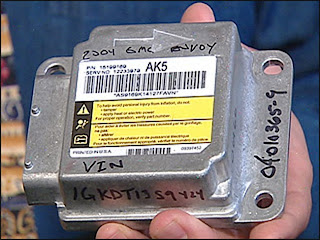 I had just posted this when I came across the upper article. Absolutely pathetic that this bill passed.

RT
IntelHub
April20, 2012
The federal government is about to become the country’s worstbackseat driver. Congress wants to put tracking devices in the car of everyAmerican, and that’s not even the scariest provision in a new bill being passedaround Washington.
The US Senate has already signed off on a new legislation that,if cleared by the rest of Congress, will see to it that the government gets itseyes and ears inside every automobile in the country.
Senate Bill 1813 calls for the installationof mandatory recorders and communication devices in Americans’ cars that couldconnect the whereabouts and actions of the country’s drivers with whomever thegovernment wants to grant access to.
It doesn’t stop there, though ~ another provision in theproposed bill will give the government the power to revoke passports fromAmericans behind on their taxes, essentially making it impossible for theindebted to escape the country.
It’s being touted around the capital as the Moving Ahead forProgress in the 21st Century Act, or MAP-21, and Congress is considering itunder the explanation that the bill will “reauthorizeFederal-aid highway and highway safety construction programs.”
In the abstract drafted on Capitol Hill, however, the act isdescribed as having provisions necessary “forother purposes.” And while no lawmakers explicitly explain thebenefits of some questionable content within MAP-21, what the government couldget away with if the bill is passed is something eerily Orwellian.
If you’re not scared yet, then here is another eye opener: theUS Senate has already approved the bill by an overwhelming vote of 74-22,leaving only the House of Representatives to vote in favor beforegovernment-sanctioned blackboxes become as common as carburetors and calibratedfriction brakes.
At this rate, it won’t be long before every Beetle and Buick inthe country is being tracked by Big Brother.
Section 53006 of MAP-21 calls for a “vehicle-to-vehicle and vehicle-to-infrastructurecommunications systems” deployed in the country’s cars in the nearfuture. A copy of the bill is available online, but it isn’t until the bottomof the text that things start to get creepy.
That section calls on several congressional committees ~including the Committee on Commerce, Science, and Transportation of the Senateand the Committee on Transportation and Infrastructure of the House ofRepresentatives ~ to hear in three years’ time arguments in favor of thedeployment of the communications system in question.
At that point, a designated person will be asked to recommend an

Sending short-wave signals to other automobiles and data hubs isone thing, but the act is also asking for mandatory event data recorders inevery car. That’s the actual name, in fact, of what Congress says they wantevery car to have in the very near future.

“Not later than 180 days after the date ofenactment of this Act, the Secretary shall revise part 563 of title 49, Code ofFederal Regulations, to require, beginning with model year 2015, that newpassenger motor vehicles sold in the United States be equipped with an eventdata recorder that meets the requirements under that part,” explainsthe act.

The section goes on to establish that the ownership of data collectedby those devices will be the sole property of the owner of the automobile, butother provisions clearly authorize a challenge to this. A court may be grantedaccess to that information “infurtherance of a legal proceeding,” and elsewhere in the bill itsays that “the information isretrieved pursuant to an investigation or inspection authorized under section1131(a) or 30166 of title 49, United States Code.”
Two years after those devices are made mandatory, Congress willalso hear a report that will explain

“the recommendations on what, if any, additionaldata the event data recorder should be modified to record.”

Those without drivers’ licenses won’t be spared from civilliberty infringement if MAP-21 makes it out of the White House with Obama’sapproval ~ another section says that Congress can confiscate the passports ofAmericans delinquent in paying their taxes.
Although the US was built from the ground up by refugeesescaping persecution, persons plagued by hardships in the near future won’t beafforded that same ability to escape Uncle Sam’s strengthening stranglehold.
Under Section 40304, the US State Department is allowed thepowers to revoke passports from anyone determined by the Internal RevenueService (IRS) of having “adelinquent tax debt in an amount in excess of $50,000.” Fifty-grandmight seem like a big number for 99-percenters, but it isn’t all thatoutrageous or uncommon.
After all, the Washington Post reported in 2010 that out of the18,000 employees on Capitol Hill, 638 of them were behind on their taxes.What’s more, though, is that of those working within the House ofRepresentatives, the average delinquent was indebted to the country to the tuneof $15,498.
“If you’re on the federal payroll and you’re notpaying your taxes, you should be fired,” Rep. Jason Chaffetz (R-Utah)exclaimed at the time. Two years down the road, though, Senate Majority LeaderHarry Reid (D-Nevada) is requesting that a citizen’s ability to travel abroadbe brought to an end for being behind on their taxes.
Reid was the author of Section 40304 and is presumably outsideof the 4 percent of congressional staffers that owed the feds in 2010, butopponents of the act are saying that stripping passports from poor Americansisn’t a provision that is necessary for MAP-21.

“It takes away your right to enter or exit thecountry based upon a non-judicial IRS determination that you owe taxes,”constitutional attorney Angel Reyes tells Fox Business. “It’s a scary thought that ourcongressional representatives want to give the IRS the power to detain UScitizens over taxes, which could very well be in dispute.”
“There are so many people that fall into thatsituation, and I think that’s too invasive. Especially coming out of a badeconomy there are a lot of people behind on a lot of things,” addsfinancial adviser Clark Hodges to Fox.

There are other damning provisions in MAP-21, including a “StopTaxhaven Abuse” section that says the government can kick any foreignjurisdiction out of the US financial system if it wants to.
For American residents up to date on their income taxes and notinvested abroad, however, the real dangers lie within the very real possibilitythat the government will soon be able to track every single automobile on thenation’s roads.
Earlier this year, the US Supreme Court ruled that lawenforcement requires a warrant if they want to install GPS tracking devices onthe cars of suspected criminals, but with that decision quickly collectingopposition, a loophole might have just been brought to light by forcingconsumers to purchase cars with tracking systems already installed.
Before the Supreme Court shot down the feds’ plea to allowunwarranted monitoring of automobiles in January, Justice Stephen Breyer saidthat a decision to not do so would be dangerous for everyone in the country.

“If you win this case then there is nothing toprevent the police or the government from monitoring 24 hours a day the publicmovement of every citizen of the United States. ~ so if you win, you suddenlyproduce what sounds like ’1984′,” explained Breyer.