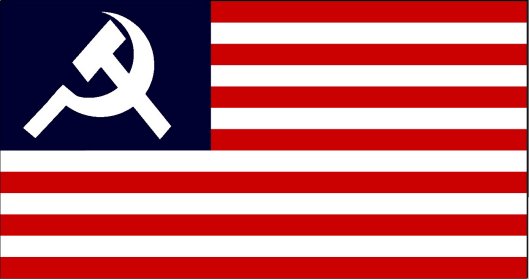 Dear readers, if you read nothing else from this blog, this book must be it. It was difficult, as I prepared it for posting, to keep from adding my thoughts and the connections being made as I went along but somehow I managed.
While I think of it, I apologize for no other posts, but this endeavour was extremely consuming and I did not even remember to put up any Today’s Image. For this I apologize.
Meanwhile, back to this book. It took me awhile to get through this material, longer than usual, because the information overload was extreme, but definitely it was worth the effort.  The facts fly fast and furious, all of them shocking but necessary for understanding the threat we face today.
The connections between Judaism and Communism is made very clear. Although the author writes of Russia he also mentions and draws parallels to Communism in China as well, also instituted and spread by Jewish backers and trainers.
Needless to say, the chapters on slavery in the USSR will show the Jewish disdain of human “chattel/cattle” when you read their treatment. The fact that many of those slaves were from other countries, including many thousands of Americans, people whose governments just wrote them off, should speak volumes about those grey entities behind the scenes.
What may surprise most readers is the amazing amount of support given to Communism by the rest of the world, especially the United States. We were taught that the Americans donated wheat to the Russians during the famines but that is so not the case. Their involvement with the Talmudic and Communist Jews is very complex, and has been so for a century and then some.  As a result the ties with Israel are much deeper than most of us ever understood.
And yes, Communism IS the New World Order they wish to impose upon us all.  When I read descriptions, years ago, of the atrocities committed during the Red Terror, and then committed against the Palestinians of Deir Yassin, I knew instinctively that these were the same criminals with the same horrible methods. This book confirmed my thoughts. The level of barbarism of these Khazars, or Ashkenazi Jews, is beyond belief, but very very real.
This is a dangerous book, this UNDER THE SIGN OF THE SCORPION. Therefore I urge you all to read it.
The frightening thing is that I see the Western World, in particular the United States and its people, being set up for very similar treatment for that meted out to the hapless Russians barely one hundred years ago.
EVERY TIME you see a raised fist for “revolution” remember, it is a Communist symbol and bodes no good for humanity. George Soros is very well aware of this with his (literally) bloody revolutions.
I have in the past done a post on Obama being a card carrying, pure bred Communist put into place to fast forward the Communist agenda in the United States. Please check the following link for that information. When you connect the dots from that article with the events described in Under the Sign of the Scorpion, you will know more, so much more, about the dangers we all face.
Knowledge is not power. What is power is how you USE knowledge. There is a great deal here to learn about.

FROM THOSE WONDERFUL PEOPLE WHO BROUGHT US STALIN

My mind is spinning and there are a hundred thoughts I could pull out on this book, but as the author says, enough is enough. Please read. And get others to read it as well.

THE JEWISH HAND IN BOLSHEVISM/COMMUNISM

NOT MENTIONED AT SCHOOL