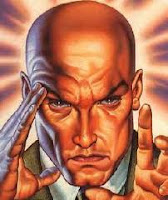 Psi Science
is the rigorous on-going scientific pursuit of experimenting and testing the
validity and reliability of so-called psychic or paranormal phenomena.  Common psi abilities include such things as
mind-to-mind connections (telepathy), mind-over-matter interactions,
(psychokinesis), perceiving distant places, people, objects, or events
(clairvoyance), perceiving the future (precognition), prophetic dreams, déjà vu,
spiritual healing, the power of prayer and intention, intuition, gut feelings,
and the sense of being stared at.

“After
a century of increasingly sophisticated investigations and more than a thousand
controlled studies with combined odds against chance of 10104 to 1,
there is now strong evidence that some psi phenomena exist.  While this is an impressive statistic, all it
means is that the outcomes of these experiments are definitely not due to
coincidence.  We’ve considered other
common explanations like selective reporting and variations in experimental
quality, and while those factors do moderate the overall results, there can be
little doubt that overall something interesting is going on.  It seems increasingly likely that as physics
continues to refine our understandings of the fabric of reality, a theoretical
outlook for a rational explanation for psi will eventually be established.”  -Dean Radin, “Entangled Minds” (275)

Scientists,
psychologists, academic institutions and governments have  been conducting psi research with consistently
positive results for over a century yet wide-spread acceptance of the existence
of such phenomena is curiously absent.
In 2002, a review of the 57 most popular introductory psychology
textbooks in common use at Universities showed that 24 contained no mention of
psi whatsoever, and the 33 that did devoted an average of only 2.4 pages to the
subject.  Not only is the voluminous
amount of available psi research mysteriously absent from the textbooks, but
the second most often cited references come from the magazine, Skeptical
Inquirer.

“This
should make your hair stand up.  It’s
like trying to sustain a serious scientific discussion based on citations from
tabloids … If this is the type of scholarly information being fed to
impressionable psychology students, it’s not surprising that whole generations
of future academic psychologists assume there’s nothing to it.”  -Dean Radin, “Entangled Minds” (289-90)

“I
assume that the reader is familiar with the idea of extrasensory perception …
telepathy, clairvoyance, precognition and psychokinesis.  These disturbing phenomena seem to deny all
our usual scientific ideas.  How we
should like to discredit them!
Unfortunately the statistical evidence is overwhelming.  It is very difficult to rearrange one’s ideas
so as to fit these new facts in.”
-Alan Turing

Simply
stated, there is no place in the old Newtonian/Darwinian models for the
existence of psi, and this more than anything is likely responsible for the
lack of mass acceptance of psi as a genuine phenomenon.  In a material Universe where mind is merely
an emergent evolutionary mechanism, such abilities as clairvoyance and
precognition must be cast aside as superstition or coincidence.  Regardless, valid psi science continues its
march forward while the skeptical establishment and its indoctrinated minions
religiously defend the dogma of their crumbling material worldview.

“Pick
up practically any scientific or scholarly journal and you’ll quickly find that
researchers are always engaged in vigorous debates and controversies.  The moment a discipline collapses into a
single set of beliefs, constructs, or even methods, it’s no longer science,
it’s religion.”  -Dean Radin,
“Entangled Minds” (283)
“When
a belief is widely held in the face of overwhelming evidence to the contrary,
we call it a superstition.  By that
criterion, the most egregious superstition of modern times, perhaps of all
time, is the ‘scientific’ belief in the non-existence of psi.”  -Thomas Etter