PROTOCOLS OF THE WISE MEN OF ZION 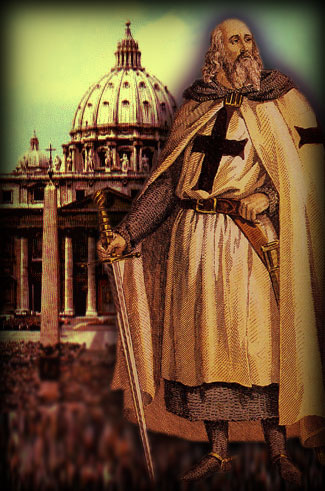 LEFT HOOK
May 13, 2012
(Excerpted from Big Oil & Their Bankers: Chapter 5: Persian Gulf Rent-a-Sheik)
The CIA’s worldwide reign of terror on behalf of the Illuminati banker elite is reminiscent of a blue-print for global domination that emerged in the mid 1800’s.  The controversial document ~ known as the Protocols of the Wise Men of Zion~ was obtained by the daughter of a Russian general after she paid a bribe of 2,500 French francs to a member of the Mizraim Freemason Lodge in Paris ~ home to the inner circle of the Knights Templar known as the Priory of Sion.
The Crusader Templars created the Prieure de Sion on Mt. Zion near Jerusalem in the 11th century to guard such relics as the Shroud of Turin, the Ark of the Covenant and the Hapsburg family’s Spear of Destiny, which was used to kill Jesus as he hung on the cross.
The Priory of Sion’s more important purpose was to safeguard the gold which the Templars had looted from beneath Solomon’s Temple in Jerusalem and to preserve the Holy Grail bloodline, or Sangreal, of Jesus Christ which they believe is carried forth by the French Bourbon royalty, the Merovingan family.
The Priory of Sion elite believe that Jesus faked his death with the help of certain herbs and married the provider of those herbs Mary Magdalene.  The Priory believes the couple fled to southern France and had numerous children.  During the 5th century, the theory goes, Jesus’ descendents married into the Frank royalty from which France takes its name, thus creating the Merovingan dynasty. [201]
Author Laurence Gardner claims Roman Catholic authorities then wrote the New Testament bible in such a way as to discredit Mary Magdalene as a “sinner”, so as to draw attention away from her true role as the wife of Christ and to preserve the dogma that Christ was a loner who died on the cross. [202]
For the global aristocracy, the Persian Gulf wasn’t the only region where special bloodlines entitled one to a life of leisure.  Past Knights Templar Grand Masters include the son-in-law of the Archbishop of Canterbury.
By the 13th century the Templars used their looted gold to buy 9,000 castles throughout Europe and ran an empire stretching from Copenhagen to Damascus.  They founded modern banking techniques and legitimized usury, also known as interest payments.
Templars’ bank branches popped up everywhere, backed by their new-found gold wealth.  They charged up to 60% interest on loans, launched the concepts of trust accounts and bond markets, and introduced a credit card system for Holy Land pilgrims.

They acted as tax collectors, though themselves exempted by Roman authorities, and built the great cathedrals of Europe, having also found instructions regarding secret building techniques under Solomon’s Temple.  The stained glass used in the cathedrals resulted from a secret Gothic technique known by few.

One who had perfected this art was Omar Khayvam, a good friend of Assassin founder Hasan bin Sabah. [203]

The Templars controlled a huge fleet of ships and their own naval fleet based at the French Atlantic Port of La Rochelle.  They were the first to use magnetic compasses for navigation and were especially cozy with the royals of England.  They purchased the island of Cyprus from Richard the Lion Heart, but were later overrun by the Turks.
On Friday October 13, 1307 King Philip IV of France joined forces with Pope Clement V and began rounding up Templars on charges ranging from necromancy to the use of black magic.
Friday the 13th would from that day forward carry negative connotations.
“Sion” is believed to be a transliteration of Zion, itself a transliteration for the ancient Hebrew name Jerusalem.  The Priory of Sion first came into public view in July 1956.  A 1981 notice in the French press listed 121 dignitaries as Priory members.  All were bankers, royalty or members of the international political jet set.

Pierre Plantard was listed as Grand Master.  Plantard is a direct descendent ~ through King Dagobert II ~ of the Merovingan Kings.  Plantard, who owns property in the Rennes-le-Chateau area of southern France where the Priory of Sion is based, has stated that the order has in its possession lost treasure recovered from beneath Solomon’s Temple and that it will be returned to Israel when the time is right.  He also stated that in the near future monarchy would be restored to France and other nations. [204]
The Protocols of the Wise Men of Zion was first published in the 1864 French book Dialogue in Hell between Machiavelli and Montesquieu or the Politics of Machiavelli in the Nineteenth Century by a Contemporary.
By the 1890’s Russian Professor Sergei Nilus had published the Protocols… in his book The Great within the Small: The Coming Anti-Christ.  Nilus was arrested and tortured and the Protocols…were suppressed for many more decades.

The Protocols…were a manifesto written by a secret society that claimed itself superior to the rest of mankind, using the Hebrew word goyim(cattle) to refer to the masses.

Instead they were intent on a political movement called Zionism which seeks to use Israel as its lynchpin for global hegemony and as guardian of the vast oil reserves of the Middle East region. 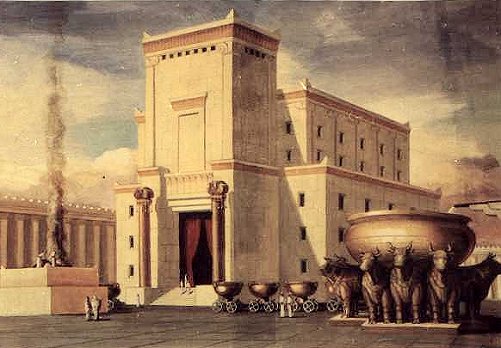 Solomon’s Temple
The movement has as much to do with the Christian secret society Knights Templar, as is does with the Jewish secret society Cabala and the Muslim Brotherhood.
Its power center has moved from the Roman Empire to the City of London.
The Illuminatinucleus of this movement claims to be Luciferian in orientation.  What follows are excerpts from the Protocols of the Wise Men of Zion:
PROTOCOL 4:

“In order to give the goyim no time to think and take note, their minds must be diverted towards industry and trade.  Thus, all nations will be swallowed up in the pursuit of gain and…will not take note of their common foe.  But, again, in order that freedom may once and for all disintegrate and ruin the communities of goyim, we must put industry on a speculative basis, the result of which will be that what is withdrawn from the land by industry will slip through their hands and pass into speculation, that is, to our classes.”

“It is from us that all-engulfing terror proceeds.  We have in our service persons of all opinions: monarchists, demagogues, socialists…trying to overthrow all established authority.  By these acts all states are in torture; they exhort tranquility, are ready to sacrifice anything for peace.  But we don’t give them peace until they openly acknowledge our international super-government, and with submissiveness…to utterly exhaust humanity with dissension, hatred, struggle, envy and even by use of torture, by starvation, by inoculation of diseases, by want, so that the goyim see no other issue than to take refuge in our complete sovereignty in money.”

“And how far-seeing were our learned elders when they said that to attain a serious goal behooves not to stop at any means or to count the victims sacrificed…We have not counted the victims of the goy cattle.  In order that the masses themselves may not guess what they are about we must further distract them with amusements, games, pastimes, passions, people’s palaces…these interests will finally distract them from questions in which we should find ourselves compelled to oppose them.  Growing more and more disaccustomed to reflect and form opinions of their own, people will begin to talk in the same tone as we, because we alone shall be offering them new directions of thought.”

“We shall create and multiply Freemasonic Lodges in all countries of the world, absorb into them all who may become or who are prominent in public activity, for in these Lodges we shall find our principle intelligence office and means of influence.  Among the members of these Lodges will be almost all the agents of international and national police since their service is for us irreplaceable in the respect that the police are in a position not only to use its own particular measures with the insubordinate, but also to screen our activities and provide pretexts and disguises.  All these Lodges we shall bring under one central administration, known only to us and to all others absolutely unknown, which will be composed of our learned elders (Illuminati)…The most secret political plots will be known to us and will fall under our guiding hands on the very day of their conception.”

“…we shall emasculate the first stage of collectivism ~ the universities…any form of study of ancient history…we shall replace with the study of the program of the future.  We shall erase from the memory of men all facts of previous centuries which are undesirable for us.  Each…life must be trained within strict limits corresponding to its destination and work in life.  The system of bridling thought is already at work in the so-called system of teaching by object lessons (objectivity).  In our program one-third of our subjects will keep the rest under observation…It will be no disgrace to be a spy”

ANOTHER SECTION OF THE PROTOCOLS… STATES,

“We are the chosen; we are the only true men.
Our minds give off the true power of the spirit; the intelligence of the rest of the world is merely instinctive and animal.
They can see, but they cannot foresee…
Does it not follow that nature herself has predestined us to dominate the world.
Outwardly we… (will) do our best to appear honorable and cooperative.
A statesman’s words do not have to agree with his acts.
If we pursue these principles, the governments and peoples which we have thus prepared will take our IOU’s for cash…the substitution of interest-bearing money…Economic crises have been produced by us…by no other means than the withdrawal of money from circulation…
One day they will accept us as benefactors and saviors of the human race.  If any state dared to resist us, if its neighbors make common cause with it against us, we will unleash global war.”

ED: The above section certainly sounds Talmudic, does it not?

The Protocols of the Wise Men of Zion have been taken seriously by many scholars, along with political and economic leaders including Germany’s Kaiser Wilhelm II, Russia’s Czar Nicholas II and American industrialist Henry Ford.

The document refers often to the “Ancient Mysteries”, the “seed of David” and the “symbolic snake”. [205]
Its concluding statement reads, “Signed by the representatives of Sion of the 33rd Degree.”
All the Ancient Mysteries had played out in the Middle East region where Israel was inserted by the Rothschild clan after WWII under the guise of “guardian of the secrets of man’s origins” and “a Jewish homeland”.

The actual role of Israel is as guardian of the energy force which the non-denominational Illuminatibloodline elite control and which they have carefully woven into the fabric of modern life in their quest for control of the global economy, namely crude oil. 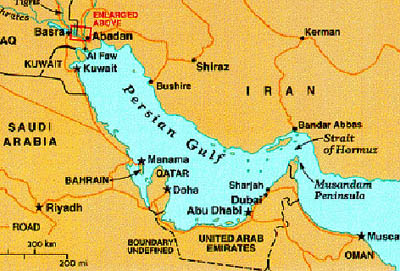