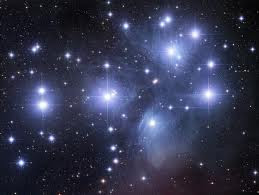 Wendy Kennedy a channel for the 9th dimensional Pleiadian Collective shares some knowledge on Solar Flares, the Venus transit of the Sun on June 6th and the ascension process for our solar system. Quite interestingly, the Pleiadians refer to the Sun as feminine contrary to the general idea of the moon being feminine and the sun being masculine. This kinda corroborates with what David Icke says about the Moon … She says that Solar flares a way for the sun to send out important information out into the solar system … and if these solar flares do disrupt our technology its a good thing as we are no longer being bombarded all those frequencies and now can tune into our inner technologies such as telepathy … The Venus transit of the Sun is a call to align our heart chakras with Venus which is a symbol of Love !

Quite an interesting video … rings true 🙂