Planetary Mission of the Extraterrestrials ! 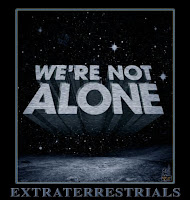 Here is an article by Willaru Huayta i recently came across, which should answer some of the questions you might have about Extraterrestrials / Aliens and our connection with them … 🙂

The world is in a critical transition time, highlighted by a crisis in spiritual and moral principles. At this time it is necessary to establish the real existence of cosmic ships known as UFO’s. Our awareness of beings from other planets is nothing new. Throughout the ages they have visited planet Earth and influenced its development. But modern man, seduced by his pride in the science of three dimensional reality, believes that our Earth is the only planet where life and civilization can exist. The truth is, we have created for ourselves a dark world of confusion and suffering.

At this time of transition we need help. Consider the world situation. We have proven that we cannot govern ourselves or others. Our destructive nature is all too apparent. It is a reflection of our limited consciousness. Our brothers, the extraterrestrials, have many millions of years of civilization behind them. They have faculties and powers beyond the edge of our imagination. They have been liberated from the slavery of the ego and have established communities of harmony, love and peace, ruled by wisdom; communities we would call “angelic kingdoms”.

In this world each person is his own doctor, his own priest. The physical body is a temple of the spirit of the Creator. It is honored that way and used as a vehicle of illumination and truth. With an illumined and awakened consciousness, these older brothers have freed themselves of the chains of envy, weakness, anger, laziness, pride and lust.

The extraterrestrials are of the White Brotherhood from other planets. They exist in physical form but they ceased working closely with us 500 years ago with the fall of the Incan Empire. At that time a great moral and spiritual darkness fell across the people of the Americas. Our wisdom keepers were killed and the new religion of materialism spread across the continent.

The priests of science cannot see beyond this. They cannot experience the multidimensional world of spirit. The people of Earth, dominated by the dogma of scientific materialism and greed, have pillaged and ravaged the Earth. With the development of weapons, horrible beyond the imagination, they have brought us to the edge of the Abyss. During this time of great darkness on Earth, contact was lost with the inter-planetary alliance.

In South America there are still physical traces that give testimony to a time when we worked closely with our older brothers from other planets. There are stones with images carved of a man dressed as an astronaut and to his side a UFO known in quechua as “ccoyllor ch’asca” or flying star. In antiquity our ancestors, the Mayans, Aztecs, and Incas received visits from other worlds. They welcomed these giant ships which came from other planets in the universe. In the areas of Nazca, Sacsayhuaman, Machu Picchu, Markawasi, Pachacamac, Huaytapallana, and Paititi in the heart of the jungle, there were developed glorious solar civilizations.

In many of these places were universal airports where a great variety of cosmic ships made of gold, silver and unknown alloys; ships powered by the sun and manned by light brothers. The return of these ships at this time needs to be understood.

We are on the eve of a great cosmic transition. They are here to assist us through this transition period. As the pace quickens during the next few years they will be making themselves known more and more through direct contact with individuals, both physically and non-physically. It is their mission to guide us safely through this transition by awakening our consciousness. If this is not possible, then they are here to evacuate those few who will be chosen to be the seed of the future generations. These people will be chosen according to the quality of the love radiating from their aura.

Our ancestors developed extraordinary psychic faculties which allowed them to be in tune with the great mysteries of nature. They did their scientific investigations in a conscious manner; that is to say, they moved in superior dimensions in their explorations. There is evidence of this in the Incan temples in Peru which were created with megalithic stones cut with lunar rays by those with an awakened consciousness who had learned to focus and control natural forces.

In 1750 the Inca, Shora Atahuaallpa warned the soldiers of the Sun: “When humanity loses its connection to the natural forces, it will create more war and will become lost in darkness”.

Most leaders of political and social movements claim to have peace, happiness and freedom as their goal. But too often they look for it in war, aggression, and terror, and by creating hatred and jealousy. This simply doesn’t work. We only have to look at history to understand this. We are entering a new era. It is time for a new way. We cannot expect society to change until we change ourselves – from within.

The darkness of our world; the wars and pollution, is only a reflection of our personal lives of darkness and mental, physical and spiritual pollution. Our true enemy, as well as our true source of strength, lie within. When enough of us have conquered that enemy then the external world will change. When this happens there will be no need for political parties of the left or right; there will no need for governments because each citizen will know how to govern himself.

In the beginning of this fifth solar generation there were angels and archangels coming from other planets. They assisted in establishing the new solar era which was created by those that survived the last, fourth, cataclysm in which Atlantis sank into the angry waters of the ocean.

That continent with its millions of inhabitants went into the abyss with all of its advanced technologies. That time humanity was also warned, but they would not listen. Only a few with awakened consciousness were evacuated and returned to Earth after to become the seeds of this present era. At that time, after the great cosmic cataclysm, when the Earth was still trembling and taking its new form, the enlightened ones were returned to places like Lake Titicaca and other sacred lakes of the Earth to begin the formation of new humanity. From these sacred lakes each couple went a different direction with the mission of founding a new solar culture in harmony with nature and the Creator.

Now, in the 20th century, many noble people in South America have conquered infinite space, visited other worlds, and have brought knowledge back to benefit humanity. They journey without the necessity of space ships. Some Indians in the Andes travel to distant planets and learn much about the universe while official science still investigates the superficial level of the material plane.

Investigations in three-dimensional reality are always incomplete. Each person is a Sacred Temple. The altar of that temple is the heart. The fire of love, a reflection of the greater light, burns upon this altar. This light within must be acknowledged, cared for, and venerated. This is the religion of the Sons of the Sun. It is the same religion of the extraterrestials; the universal, cosmic, solar religion. This universal community is our sacred family from other planets. We are all united and working voluntarily for the Light.

They are among us now. In the streets of our cities there are already citizens from other worlds. They are here as messengers of the Light to fulfill their mission on the planet Earth. Many cosmic ships come to the Amazon jungle in South America where there are secret ports. Some of these brothers sometimes stay with us, they are volunteers who have come to work with us during this time of transition.

We must heal ourselves for we are sick, psychologically, and spiritually. Our divine consciousness is trapped; imprisoned by our ego. We must liberate our essence to be able to evolve. This is the awakening of a new era. Nationality is no longer important, nor race, nor tribe, nor social class, nor religions. We are flowers of many colors in the Earth garden. Human truth is one.

The most important thing now is to awaken the consciousness in a positive form. The ascended masters have returned to unify the consciousness of the children of Earth through their messages of unity, harmony and love for this new solar era. We thank the masters of the White Brotherhood for guiding us and facilitating the communication with other worlds in this message to all seekers of the Light.

Willaru Huayta is an Incan Spiritual Messenger from Cusco, Peru. Born a Quechua Indian, he learned to receive esoteric truth during his spiritual quests in the Amazon jungles.