Other "Former Satanists" of the ’80s 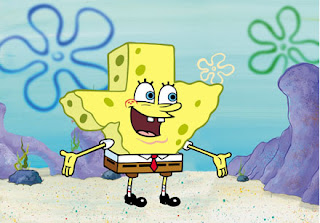 The two men described below didn’t have the same impact as Lauren Stratford or Audrey Harper, but they contributed to the anti-occult hysteria of the late ’80s in their own corner of the world, Texas.

Ken McBride’s only notable appearance on the anti-occult scene was his central role in an obscure straight-to-video documentary produced in 1989, Dave Roever Presents: Exposing the Satanic Web.
Roever is a Texas preacher, so the video focuses heavily on alleged Satanic crime in Texas, while trying to convince us that Satanism is a nation-wide scourge. McBride estimates there are 40,000 Satanists in the Dallas-Fort Worth area alone, not including witches and pagans. By 1990 census numbers, that would be over 1% of the population.

McBride, and everyone else in the video, believes that the recruitment of young people into violent forms of Satanic worship is taking place everywhere. No teenager is safe. Not even toddlers are safe; several times, children’s crayon drawings of “ritual abuse” are flashed on the screen while McBride or someone else relates anecdotes about Satanic crime.

McBride was supposedly in a Satanic cult from the late ’60s until the mid ’70s, for about seven years (between the ages of 21 and 28). He says he left Satanism fourteen years earlier (around 1975). He doesn’t give us any specifics about this cult. He just says their rituals would terrify outsiders, because no Hollywood film has accurately portrayed the full horror of Satanism (which must have been news to “former Illuminati witch” John Todd, who said The Dunwich Horror was an accurate portrayal of Satanic witchcraft).
Ken and his fellow Satanists had powers that would make Captain America look like a 3-year-old with a water pistol. They could spontaneously start fires and kill people by uttering a single word.
He doesn’t explicitly say this was witchcraft, but he does claim that just prior to a filming, a Wiccan told him he was afraid to leave the Craft because he feared the awesome power of the Satanists, implying that Wiccans and McBride’s Firestarters are one and the same (which is news to me, because the Wiccans of my acquaintance have to use matches and lighters). Or perhaps he’s implying that Satanists sit at the top of a religious pyramid, dominating earth religions that haven’t mastered the art of magical murder. Whichever scenario he’s laying out, it’s bullshit. No Wiccan is afraid to leave Wicca because a Satanist might retaliate against him, because the two belief systems are not interlinked.

He tells us that politicians, police officers, lawyers and Christian ministers secretly practice Satanism. The police cult members cover up occult crimes.
All Satanists use drugs. McBride says he can barely recall his seven years of hideous devil worship, because he was drunk and/or stoned on Percodan and Valium most of the time.
And then he blurts out something truly chilling: “You’re no longer dealing with human beings as you and I know them.”

McBride informs us Satanic crimes are occurring all the time, and are bound to increase (“Matamoros was just the beginning,” he says ominously). Unfortunately, those silly police detectives with their stoopit “forensic evidence” just don’t know how to spot an occult crime when it’s right under their faces. He gives the example of a murder victim who had “ZEN” written on her chest. “ZEN”, he says, is a bastardization of the name of the powerful demon Zaden. The police would know that if they weren’t so ignorant, if they would just put aside their little “crime scene analysis” for a damn minute and listen to people like Ken, who know what’s really going on in the world. Today, we hear the same complaint from “occult crime experts” like Dawn Perlmutter.

The thing is, there is no demon called Zaden. Zaden was a deity of ancient Georgia, one of those abandoned religious figures that could have appeared on Mencken’s list of forgotten gods. True, one culture’s gods often become another’s demons, but it’s quite a stretch to assume that when a twentieth-century murderer writes “zen”, he’s harkening back to an Iron Age fertility god. He could just be referring to, I dunno, maybe zen? (Incidentally, I can’t find any trace of an unsolved murder matching this description.)

So, to recap: Satanists are violent, drug-abusing, intimidating, immoral, corrupt, devious people who are barely even people. They can’t be trusted at all. Unless, of course, they claim to be born again in Christ. Then you must heed every word they say, even if they admit their memory has been grievously impaired by heavy drug and alcohol abuse, or you’ll be sorry. Your children will be sacrificing babies before you know it. All it takes is one heavy metal album, one Dungeons & Dragons session, one peace sign T-shirt…

Thankfully, McBride melted back into obscurity before Oprah or Geraldo caught wind of him.

Jerry Reider became known through an anti-occult organization called Exodus (not to be confused with the “ex-gay” ministry), which was founded in 1985 by San Antonio mother Yvonne Peterson. The group specialized in educating parents about the hazards of the occult, keeping teens away from Satanism and all its tentacles, and what Peterson referred to as “de-indoctrination” of Satanists. Exodus claimed that up to 60,000 Americans were being sacrificed to Satan every year, and presented testimony from several anonymous ritual abuse survivors who said they witnessed such sacrifices. Not one prosecution resulted from these anecdotal accounts.
Peterson makes a brief appearance in the video mentioned above, Dave Roever Presents: Exposing Satan’s Web.

Jerry Reider performed the same function for Exodus that “former black witches” Doreen Irvine and Audrey Harper did for the UK organization Reachout Trust later in the ’80s; he was the in-house reformed Satanist. As a two-for-one bonus, he was also a reformed heavy-metal musician who could warn kids away from Satanic rock.

Reider’s story is fairly simple: Sometimes in the ’70s, he got into Satanism via heavy metal. Then he married the high priestess of a Texas cult, who ritually sacrificed their infant daughter. And she got away with it, because Reider apparently never bothered to report this supposed crime.
Their cult (which Reider didn’t name) lured teens into their clutches with – what else? – sex and rock music.

Not only did Reider have difficulty remembering his time as a Satanist (thanks to drug use), he couldn’t even seem to remember his present. He claimed to be an ordained minister, but couldn’t recall his denomination or who had ordained him.