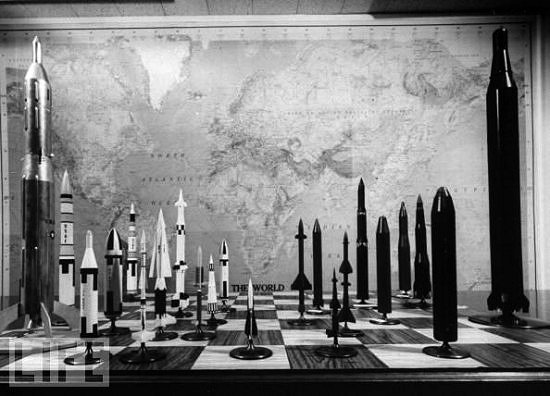 They demand Tehran prove a negative.
How do you provide evidence revealing what you don’t have?
Resolution won’t come from Istanbul.
Nor will Ayatollah Ali Khamenei’s fatwa against acquiringnuclear weapons help.
He calls possessing them sinful and anti-Islamic.
Saying it falls on deaf ears.

It’s more proof of Washington’s hypocrisy. It showsconsiderations other then Iran’s legitimate program are at issue.
On April 14, The New York Times headlined, “At Talks, Nations Seek Commitment FromIran.”
“I hope what we will see today is the beginnings of asustained process,” said Catherine Ashton. The EU foreign policy chief’schairing the meeting. She showed where she stands, adding:
Talks are intended “to find ways in which we can buildconfidence between us and ways in which we can demonstrate that Iran is movingaway from a nuclear weapons program.” Resolution depends “on whatIran is putting on the table today.”
Iran’s a Nuclear Non-Proliferation Treaty (NPT) signatory. Itcomplies fully with provisions. No evidence suggests a nuclear weapons programor hostile intent against neighbors. Istanbul participants know it.

Iran wants good faith discussions.
So do Russia and China.
Washington is the main obstacle.
It prefers confrontation, not peace and stability.

“Iran’s persistent failure to comply with itsobligations…. and to meet the requirements of the IAEA Board of Governorsresolutions is a cause of urgent concern.”

That shows what Tehran’s up against. It fully complies, far morethan other nations. Instead of credit, it’s criticized. Expect little or nochange in Istanbul.
On April 12, Haaretz writersAvi Issacharoff and Amos Harel headlined, “Waiting for a meltdown ahead ofIran talks,” saying:

“Don’t get your hopes up” for dramatic breakthroughs.Expecting something different this time forgets we’ve been through thisexercise before. Past meetings ended at square one. Little more’s likely thistime. Even optimists believe little at best will be accomplished.
At issue is Washington’s hardline stance and real agenda. Itsdelegation includes mid-level diplomats. It “further attest(s) to the lowexpectations.”

Pretexts conceal real motives. Washington’s intend no good.Tehran knows it. It’s been on the receiving end for decades. Ahead of Istanbultalks, demands made include closing its heavily protected Fordo facility,halting 20% uranium enrichment and off-shoring existing stockpiles.
In a recent article, former Obama Middle East official Dennis Ross wentfurther. Besides closing Fordo, eliminating 20% enrichment, and off-shoringexisting stockpiles, he adds halting enrichment beyond 3.5 – 5% needed toproduce electricity, letting Iran possess up to 1,000 kilograms at that level,and maintaining a maximum 1,000 centrifuges.
In return, some, not all, sanctions would be eased or lifted.Iran’s also falsely accused of sponsoring regional terrorism, as well as otherspurious charges. According to Ross, normalization won’t happen unless bothsides “reach more extensive understandings that go beyond the nuclearagenda.”
Like other anti-Iranian zealots, he points fingers one way.Washington’s imperial agenda isn’t neither addressed, nor lawless Israelipolicies. Instead of making baseless accusations and demanding unreasonableconcessions, it’s time to consider real threats and name them.
Instead, Ross also suggests Iran forego enrichment altogetherand rely solely on “international fuel bank” supplies. In addition,he wants it “to agree not to reprocess, permit recovery of all spent fuel,and institute the level of transparency” it more than already meets.
Moreover, forcing Tehran alone to comply with conditions notimposed on other civilian nuclear countries exposes the hypocrisy of America’sagenda and what’s really behind it. It’s not Iran’s nuclear program. It’sWashington’s hegemony plans and determination to replace independent stateswith client ones.
At the same time, Ross and others question whether Iran willnegotiate in good faith. Tehran’s not the issue. It’s Washington, Israel, othercomplicit allies, and former officials like Ross.
Anti-Defamation League head Abe Foxman calls him Israel’s”advocate.” Middle East analyst Aaron David Miller says he’s”Israel’s lawyer.” Others call him a Zionist hardliner up to no goodfor Palestine or Israel’s regional rivals, including Iran.
He also co-founded the AIPAC-linked Washington Institute forNear East Policy (WINEP). An extremist Israeli front group, its board ofadvisors includes rogue figures like Henry Kissinger, George Shultz, JamesWoolsey, and Richard Perle.
On April 14, Iran’s FARS News Agency reported latemorning/afternoon talks concluded, saying:
Its team will hold “separate bilateral meetings” withother delegations ahead of evening discussions. Talks began at 11AM local time.Iran’s chief nuclear negotiator, Saeed Jalili, heads Tehran negotiators.Catherine Ashton leads representatives from the six attending world powers.
Past discussions were held in Geneva in December 2010 andIstanbul in January 2011. Resolution wasn’t achieved. According to Iranian teammember Supreme National Security Council Undersecretary Ali Baqeri, talks willend this evening.
They “will be held in one day and will not continue for asecond day,” he said. At day’s end, all sides agreed to meet again on May23. Catherine Ashton said talks were “constructive and useful. (W)e wantto move to a sustained process of dialogue.”
A US official wants more. Calling discussions insufficient, hesaid concrete steps must follow. Expect no breakthroughs later on. Washingtonwon’t tolerate them.
Russian Deputy Foreign Minister Sergey Ryabkov stressed:

“I have never witnessed any proof or document indicatingthat Iran’s nuclear activity is military. I believe that we should be seekingagreements, instead of magnifying differences, in order to resolve theissue.”

With regard to Iran’s nuclear enrichments rights, he added:

“According to the Non-Proliferation Treaty (NPT), theIslamic Republic of Iran is entitled to the right to make use of nuclearenergy, but this right is accompanied by some responsibilities.”

China also recognizes Iran’s peaceful nuclear energy program.Beijing and Moscow both urge settling differences diplomatically throughdialogue.
From Tehran, Iranian lawmaker and National Security and ForeignPolicy Commission parliament member, Avaz Heidarpour,said:
“We will not (agree to) have coordination with any countryfor taking our peaceful nuclear measures. Our activities are in accordance withthe NPT rules, and we do not accept any (more) conditions and regulation beyondIran’s IAEA and NPT undertakings.”
In March, Ayatollah Khamenei said:

“We do not possess a nuclear weapon and we will not buildone, but we will defend ourselves against any aggression, whether by the US orthe Zionist regime, with the same level of force.”

On April 12, Iranian Foreign Minister Ali Akbar Salehi‘s Washington Post op-ed headlined, “Iran: We do not wantnuclear weapons,” saying:
Decades ago, America “help(ed) Iran set up the full nuclearfuel cycle along with atomic power plants.” At the time, Washington said”nuclear power would provide for the growing needs of our economy and freeour remaining oil reserves for export or conversion to petrochemicals. Thatrationale has not changed.”
After the 1979 Islamic Revolution, America ended fuel shipments.To secure them, Iran modified its operations to run on 20% enriched uranium.The same Tehran Research Reactor operates today. It supplies isotopes used fortreating cancer patients.
In 2009, Iran requested the IAEA supply fuel. Local stockpileswere low. Lives were at stake. Tehran agreed to “exchange a major portionof our stock of low-enriched uranium….” In response, the Obamaadministration imposed more sanctions.
Iran acted responsibly, he stressed. Its scientists”managed to do something we had never done before: enrich uranium to theneeded 20 percent and mold it into fuel plates for the reactor.” Iran iscapable of providing for its own needs.
At the same time, he, like other Tehran officials, expressedopposition to “weapons of mass destruction.” In the 1980s, when Iraqattacked Iran with chemical arms, “we did not retaliate” the sameway. Its nuclear program fully complies with NPT provisions. It has no”military dimension.” No evidence suggests it.
He hoped Istanbul talks would resolve differences, endsuspicions, and produce trust. He urged all sides to “make genuineefforts” to try.
At the same time, he knows what Iran faced for decades.Discussions for one or two days won’t change things. One side can’t resolveissues without a willing partner. Washington’s hardline stance hasn’t changed.
Nor has its quest to replace all independent states with clientones. At issue is unchallenged global dominance. Much more than diplomacy isneeded to change that position. Istanbul won’t budge it.
Stephen Lendman lives in Chicago and can be reached at lendmanstephen@sbcglobal.net.
Also visit his blog site at sjlendman.blogspot.com and listen tocutting-edge discussions with distinguished guests on the Progressive RadioNews Hour on the Progressive Radio Network Thursdays at 10AM US Central timeand Saturdays and Sundays at noon. All programs are archived for easylistening.
http://www.progressiveradionetwork.com/the-progressive-news-hour/.