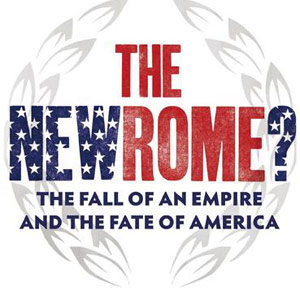 “We have just taken further measures to respond to the crisis in Ukraine.”

“We call on Russia to be part of the solution. To stop destabilising Ukraine, pull back its troops from the borders and make clear it doesn’t support the violent actions of well armed militias of pro-Russian separatists.”

NATO deployed warplanes to Eastern Europe provocatively. US navy vessels patrol Black Sea waters. France plans sending one of its own to join them.

Rasmussen announced stepped up measures. He called doing so “reinforc(ing) our collective defence and demonstrat(ing) the strength of Allied security.”

Measures announced are being implemented straightaway. “More will follow, if needed, in the weeks and months to come,” he added.

Doing so “send(s) a clear message. NATO will protect every Ally and defend against any threat against our fundamental security. That is our firm commitment.”

No threats exists. Invented ones substitute. Rasmussen didn’t explain. He’s a convenient US stooge. He serves at America’s behest. He’s one of its imperial frontmen.

Stars and Stripes is a Pentagon publication. On April 16, it headlined “NATO to deploy more forces to eastern Europe in response to Ukraine crisis.”

It quoted Rasmussen saying “(m)ilitary staff from allied nations will deploy to enhance our preparedness, training and exercises. Our defense plans will be reviewed and reinforced.”

He wants more US-led NATO warplanes, ships and land forces. He wants them closer to Russia’s borders. He does so despite no Moscow threat. Claims otherwise are false.

Claims otherwise are false. “In my opinion, it’s mostly people who live in the region who are not satisfied with the current state of affairs,” he explained.

They’re concerned about their own welfare. They risk losing fundamental freedoms. Alafuzoff agrees with what Sergei Lavrov and other Russian officials stress.

They include Russia, America, Canada, Turkey, Ukraine and most other European states. They permit unarmed surveillance overflights. They promote military activity openness.

“We have mechanisms of transparency agreed in Vienna within the framework of the Organization for Security and Cooperation in Europe (OSCE),” he explained.

“There is the Open Skies Treaty and the 2011 Vienna Document on Transparency and Confidence-building Measures which provide for certain verification procedures,” he said.

“It is nonsense to say that the nuclear West is disarming while the nuclear Russia is building up forces.”

Russia destroyed over 2,000 ground-based ballistic missiles. They included cruise missiles able to hit targets from 500 to 5,500 kilometers away.

“NATO has 22,000 armored vehicles compared to Russia’s 7,500,” he added. Don’t figures speak for themselves, he stressed.

“It’s very regrettable but it’s so,” he said. Even comments by Putin, Lavrov, and other top Russian officials are ignored. A “concrete wall of censorship” blocks them out.

“We never saw anything like this before. We never thought this could happen and that it could happen so openly,” said Peskov.

His commentaries lack credibility. He lies for power. On April 15, he headlined “The Cost of Putin’s adventurism in Ukraine.”

None whatever exists. Not according to Ignatius. He lied saying he “seiz(ed) Crimea.”

He’s “fomenting unrest in eastern Ukraine, perhaps as a prelude to invasion.”

“(T)he White House sees Putin weighing three options,” he said. He calls all of them “bad for the West.” Two are fabricated. More on them below.

The other is accurate. Putin supports involving all Ukrainian political voices in a federalized state. He favors Ukrainian nonaligned status.

Putin plans none. At the same time, he’s committed to protecting Russian nationals if endangered.

Western leaders would do no less for their own. Washington invents threats. It does so to deploy US forces to foreign countries.

Don’t expect Ignatius to explain. He claims Putin “prefers the veneer of legitimacy.” He shames his US counterpart.

He respects national sovereignty. He supports rule of law principles. His governance is polar opposite Obama’s.

Ignatius claims he prefers “paramilitary covert action, rather than rolling tanks across an international border.”

Russia’s military strength is a “warning sign that (he’ll) keep the threat of force alive until his demands are met,” he added.

Hegemons operate this way. Washington is Exhibit A. One country after another is targeted. They’re systematically ravaged and destroyed.

Lies substituted for truth. His columns feature them. He’s part of the Putin bashing crowd. He’s one of many.

Propaganda wars precede hot ones. Conflicts glorify them. They do so in the name of peace. They rage one after another.

Hegemons give no quarter. Mass slaughter and destruction are standard practice. All US direct and proxy wars turn out this way.

The so-called “newspaper of record” operates as lead US ministry of information and propaganda. The Washington Post doesn’t hide its CIA connection.

Truth is buried. Ethical standards are ignored. Daily fare reads like bad fiction. Television is worst of all.

May Ukrainians for peace, equity and justice prevail. May they inspire activists globally. May they motivate others to join them.

May their ranks overflow. May freedom triumph worldwide. May humanity be saved.