John Allegro,Oxford graduate and world’s leading philologist, was commissioned to translate the Qumran Dead Sea Scrolls. But after his book “The Sacred Mushroom and the Cross” released and he died, the Catholic Church quickly bought the copyright and buried it; oneVatican insider quoted saying it wouldnever again see the light of day. It is currently sparsely available in e-book format but has been out of print for years (Meanwhile Dan Brown is shaking hands with the Pope and pseudo-conspiritainment like “Da Vinci Code” is a best selling book and movie). 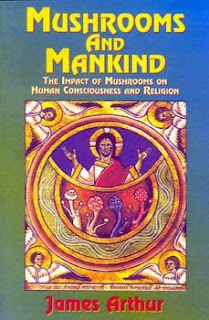 “[John] Allegro linguistically linked the SOMA (Greek=Body), the Manna (Sumerian = Mushroom), (of which there are two kinds), the names Jesus, James, and John, the Fruit of the tree of Knowledge, and the symbol of the cross, to the Amanita muscaria, by stating that all of these names and terms (and others) were synonyms and wordplay for the hidden identity of the mushroom. Needless to say, he had the religious scholars doing flips. The biblical apologists instantly jumped on the bandwagon of attempting to disprove anything he said. Although he did stretch the boundaries of some established scholarship, the proof is in the pudding (so to speak) and most of his associations are beyond repute.” -James Arthur, “Mushrooms and Mankind” (16) 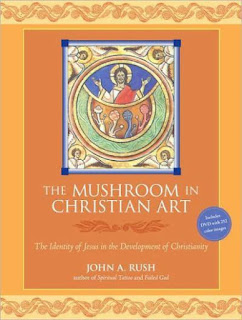 “The Dead Sea Scrolls, found in caves near Qumran in 1947, have offered a greater insight into the Essenes’ lifestyle and beliefs, despite suppression by the authorities who wish to maintain the official version of history. The scrolls were hidden from the Romans during the ill-fated Judean revolt around 70 AD. Some 500 Hebrew and Aramaic manuscripts were found, which included texts from the Old Testament, among them a complete draft of the Book of Isaiah, centuries older than the one in the Bible. There were scores of documents relating to the Essene customs and organization. The scrolls confirm that the Essenes were fanatics who followed to the letter the Levite inventions in the Old Testament texts. Anyone who didn’t do the same was their enemy and they fiercely opposed the Roman occupation … The Essenes had a detailed understanding of drugs, including the hallucinogenic variety, which were used in mystery school initiations and for entering other states of consciousness. The properties of the ‘sacred mushrooms’ or ‘Holy Plant’ were so much part of life in the secret brotherhood that the Jewish high priest wore a mushroom cap to acknowledge their importance. They had special rituals for their preparation and use. The mushroom, too, was given son of God’ connotations (what wasn’t?) and it was connected to the Sun cycle. The mushrooms were picked with great reverence before sunrise and many symbols of this ritual can be found in the Bible and far older texts. Again, the use of the sacred mushroom and other drugs, and the secret knowledge of their properties, can be traced back to the earliest days of Sumer.” –David Icke, “The Biggest Secret” (95-6)
John Allegro shows how the Bible, the Dead Sea Scrolls, and the etymology of various Mesopotamian languages all have mushroom and sexual puns/terms interwoven. This is due to the prominence in the pre-Christian world of mushroom and fertility cults. Hebrew, Greek, and Aramaic, the languages of the Bible, all ultimately derive from ancient Sumerian, where many original meanings had been long lost. For instance, the gods of the Greeks and Hebrews, Zeus and Yahweh (Jehovah) have names derived from Sumerian words meaning “seed of life” and “juice of fecundity.” The name Herod, as in King Herod, “ardeola” in Latin, serves as a wordplay on the Semitic “ardilia” which means “mushroom.” The name Jesus, in Hebrew “yehoshiia” comes from the Sumerian “JA U ShiJ A” which means “semen which saves, restores, heals.” This is comparable to the fertility god Dionysus, whose cult emblem was an erect phallus, and whose Sumerian name “IA-U-Nu-ShUSh” also means “semen, seed that saves.” 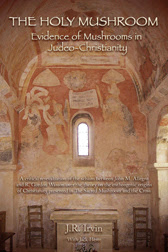 “Under that again there lie the basic conceptions of the mushroom cult. Here is the real stuff of the mystery-fertility philosophy. For example, to find their parables of the Kingdom, the writers make comparisons with objects and activities which, at the surface level of understanding, are often really absurd, besides being self-contradictory about the manner and form of the Kingdom’s coming. The passage that likens the Kingdom to a mustard seed, for example, and then speaks of birds nesting in the branches of the grown plant (Matt 13:31f., etc.), has driven the biblical naturalists to distraction looking for a mustard ‘tree’ suitable as roosting places for the fowls of the air. They could have saved themselves the trouble since the reference, at the ‘lower’ level, is simply a play on the Semitic khardelä’, ‘mustard’ and ‘ardilã’, ‘mushroom’ … If it seems strange to us that the writers of these stories should have used such a trivial literary device as punning so extensively, it should be remembered that they were heirs to a very long tradition of this kind of word-spinning. The Old Testament is full of it, particularly where proper names are concerned, and very many more instances almost certainly lie beneath the surface, where writers are playing with dialectal forms of the words which have become lost over the centuries. Furthermore, it is now becoming clear that many of the Old Testament traditions have reached us in a Semitic dialect which was not the one in which they were composed, so that the original word-play which they expressed has been lost.” -John Allegro, “The Sacred Mushroom and the Cross” (32) 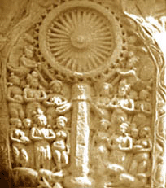 Today inIran (Persia) the mushroom is called “SamJrukh,” which traces back to the Sumerian “ShU Mar Ugu/Aga,” or “Crown of the Womb-Favorer,” the glans/top of the fungus. The Sumerian “Bar Ia U Na,” meaning “capsule of fecundity; womb” connects to multiple names that relate the mushroom with the tiny “womb” from which the stem emerges. Another Aramaic example is “Pleasing the Jews” which comes from the Sumerian mushroom name “MashTabBaRi” or “that which is pleasing to the Hebrews/Jews.” The Hebrew “kotereih” from theSumerian “GU-TAR” means “top of the head: penis” and is the most common Semitic word for mushroom; In Arabic it is “phutr,” inAramaic it is “pitra,” and in the English New Testament is “Peter.” Allegro’s examples continue on like this for over a hundred pages. 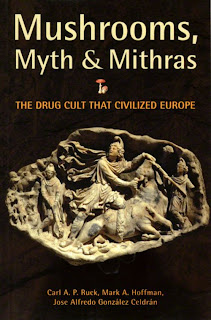 “We must be in no doubt of the effect that importing a new, mushroom element into the New Testament picture must have on our understanding of the origin and nature of Christianity … For the pseudo-translation demonstrates an intention of deceit, and since mushrooms appear nowhere in the ‘surface’ tale of Jesus, it follows that the secret reference to the cult must be the true relevance of the whole. If the writers have gone to the trouble of concealing by ingenious literary devices, here, and as we have seen, in many cases elsewhere, secret names of the mushroom, not only must its worship have been central to the religion, but the exigencies of the time must have demanded they should be transmitted among the initiates and their successors in a way that would not bring their enemies down upon them. It therefore follows that the “surface” details of the story, names, places, and possibly doctrinal teachings must be equally as false as the pseudo-renderings of the secret names.” -John Allegro, “The Sacred Mushroom and the Cross” (106-7) 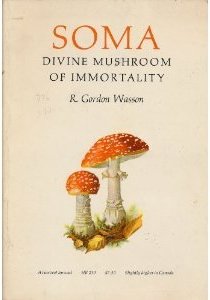 “For centuries, the impression given by religionists is that to be a moral person, one must not only forgo but disdain sexuality, viewing it as if it were a curse from the devil rather than a ‘gift from God.’ The same can be said of drugs, at least of the variety that has anything to do with altering consciousness, even if such drugs are in the form of ‘God-given’ plants. Hence, the picture of a religious or righteous individual is basically someone who must have (heterosexual) sex only with one person within a sanctioned marriage, if at all; to be in a constant state of procreation; and to remain as sober as ‘a judge.’ To those who think life is to be enjoyed, rather than endured, this picture represents a dull, robotic state, to say the least. The reality is that there have been times on this planet when cultures have recognized sacred sexual practices and sacramental plants not only as gifts from ‘God’ but also paths to ‘God,’ or ‘Cosmic Consciousness,’ as it were. Indeed, sex and drugs have been considered from time immemorial as devices to create union with the divine, which is a major reason behind the negative spin put on them by religionists, who insist that only they, ‘Jesus’ or some other entity can be avenues to the divine. In actuality, it is the priest’s task to create an artificial separation between human beings and the omnipresent ‘God’” -Acharya S., “The Christ Conspiracy” (193) 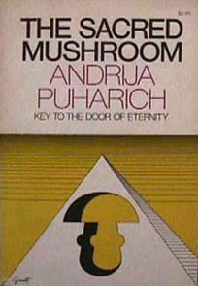 Through a long process of incremental changes the Christian churches (and other Brotherhood religions) have completely changed what it means to be religious. The ancient world consisted of mushroom and fertility cults, nature worship, and an astrological/astronomical based theology (Astrotheology). Nowadays the three things of ancient reverence which modern religions were actually based on – sex, drugs, and astrology – are condemned and considered sinful. 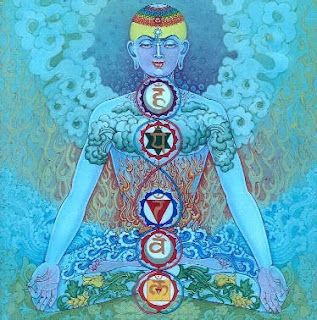 “If an all-powerful, dictatorial state religion was to succeed, it would need to destroy this concept of sacred sex and sacramental drugs from the human psyche and replace it with fear and guilt, such that those who had sex, for example, would be driven to cleanse themselves of their perceived sins by confession or other priest craft. The exploitation of humanity’s weakness regarding sex in particular worked nicely for priestly conspirators, since they could rail against it, knowing very well that people would continue to have it, such that the guilty would then be forced to return repeatedly to the Church for absolution from ‘sins.’ Despite their best efforts, however, the various religionists could not eradicate the widespread spiritual practices utilizing sex and drugs, even under penalty of death. In reality, they held these practices for themselves while hypocritically preaching their evils to the masses and exhorting abstinence from them. As noted, along with the knowledge of astrology, the use of sex and drugs actually has formed part of the esoteric religion or ‘mysteries’ hidden from the masses by the brotherhoods and secret societies that create exoteric and vulgar religions for the masses. Indeed, these ‘sacraments’ constituted a significant part of the mysteries, as many schools and cults have used sex and drugs in their initiation rites.” -Acharya S., “The Christ Conspiracy” (193) 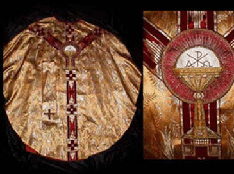 “I have spoken personally with High Priests and Bishops (Secret Society Initiates), who simply told me that they could not discuss anything with me because of their oaths of secrecy. In fact they were so blown away that I knew the information, that it scared the hell out of them. Entheogens, and particularly the Amanita muscaria, are a huge secret. The initiatory rites, into this particular field, are so far up the totem pole of secret societies and religions that when you find those who know, they really freak out, that anyone else knows, because it cuts to the deepest recesses of their self perceived spirituality, and cuts to the center of their most secret God/Society given indoctrination experiences. They have this certain look in their eyes, and unless you somehow are perceived as a threat to them, they invariably have the need to tell you that they do know what you are talking about (which is likely a violation of oath in itself), but they cannot discuss it further.” -James Arthur, “Mushrooms and Mankind (23)