ISRAEL’S PLAN FOR THE MOSLEM WORLD, AND BEYOND 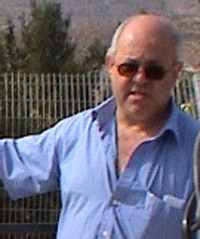 Snippit and Snappit: Funny little thing. I mistyped the word “Balkanized” and the correction brought up by the programme’s speelchek was “cannibalize”. Just saying…. Maybe my pc has a little political astutenes!

Rememeber how the West wrecked Yugoslavia?

The plan is an Israeli one

. (A Strategy for Israel in the Nineteen Eighties, by Oded Yinon.)
.

The West is trying to break up the ‘Greater Middle East’, according to Knut Mellenthin.

According to Knut Mellenthin:

Israel wants countries such as Syria and Iraq broken up broken up into several states.

There will be a Kurdish state.

In 1982, Oded Yinon had an article published by the World Zionist Organization journal Kiwunim, entitled “A Strategy for Israel in the 1980s.”

“Lebanon’s total dissolution into five provinces will be a precedent for the entire Arab world, including Egypt, Syria, Iraq and the Arabian Peninsula… 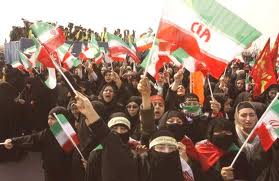 “If Egypt falls apart, countries like Libya, Sudan or even the more distant states will not continue to exist…

All Arab and Muslim states would face “ethnic and social destruction from within, and… raging civil war.” 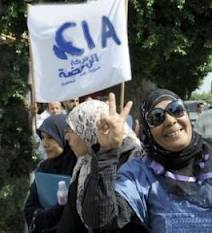 There were references in these to “violent action against Syria, Turkey and Jordan, among others…” 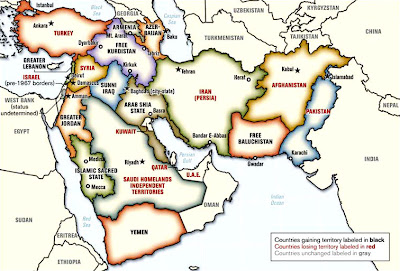 “The objectives of ‘Yinon Africa’ are to Balkanize the continent on three lines: ethno-linguistics, skin color and religion.

“The concept of an US Military Central Command in Africa (AFRICOM), was designed and promoted by the Institute for Advanced Strategic and Political Studies (IASPS), the same Zionist think tank that produced the infamous ‘Clean Break’ papers…

“In the Congo, where a catastrophic genocide has been occurring since 1996, in which up to 10 million people have died at a maddening rate of 1,500 a day, the profiteers of this downright insidious humanitarian disaster are almost exclusively Jewish and intimately linked to the larger network of international Zionism that has been responsible for every major conflict of the last century.”
Zionists in Africa. THE YINON THESIS VINDICATED
snippits-and-slappits.blogspot.com/…/the-yinon-thesis-vindicated-neo…
12 Aug 2012
The Yinon Plan and the Arab World – MLK’s nightmare

The Hidden History of Zionism.