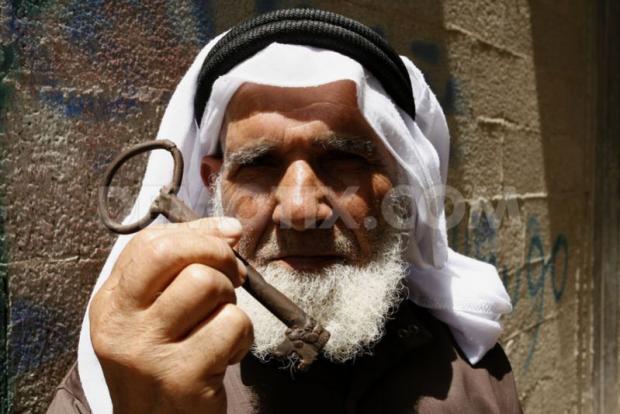 “Every human calamity is different, but there is value in seeing analogies and perhaps hidden similarities.”

Palestinians today “are as powerless as Jews were” under Hitler,, he explained. They’re devastated by “power used for evil purposes.”

He did so in exhaustive detail. He obtained previously suppressed documents. He explained what everyone needs to know. More on what he said below.

On May 6, Haaretz headlined “Israel celebrates 66 years of independence,” saying:

“Israelis across the country flocked to public parks and hiking trails on Tuesday to celebrate Independence Day with barbaques and other leisure activities.”

“Earlier Tuesday, (unindicted war criminal) President Shimon Peres kicked off the day with the annual sing-along at (his) President’s Residence in Jerusalem.”

Palestinians didn’t join in. They’re not singing-along. They’ve got no reason to celebrate. Awards Peres gave IDF recipients came at their expense.

Festivities began Monday night. Things did so with pomp, flair and bombast. They kicked off the official Independence Day ceremony.

They included a torch-lighting ceremony. For the first time, all torch-lighters were women.

Peres called on Israelis to “be proud, but never satisfied.” He stopped short of explaining how much more Palestinian land he covets.

He stole plenty earlier as prime minister. He did through other ministerial posts.

“I remember (Israel’s) first days and the dream we had,” he said. “I have to admit that the dream was too small when I see the reality that was born out of it.”

Other festivities included displaying Israeli military might. The IDF opened some of its bases to visitors. Menacing warplanes overflew.

Israeli recounting of events preceding and following its independence twists truth. It reinvents history doing so.

They finalized war plans. It was called Plan D (Dalet in Hebrew). It followed Plans A, B and C.

It bears repeating. It was war without mercy. It reflected Ben-Gurion’s earlier plan. “I am for compulsory transfer,” he said.

“I do not see anything immoral about it,” he claimed. Hundreds of thousands of displaced or murdered Palestinians were considered a small price to pay.

According to Pappe, systematic terror followed. About 800,000 Palestinians were expelled. Doing so reflected genocidal ethnic cleansing.

Hundreds of Arab villages were depopulated. So were 11 urban cities. They included large parts of Jerusalem, Tel-Aviv and Haifa.

Many thousands of innocent victims were massacred. Mass rapes and other atrocities were committed.

Palestinian homes, property and belongings were bulldozed, demolished, and/or burned.

Palestinians wanting to return couldn’t. They were systematically prevented from doing so.

Horrific Israeli crimes were committed. They matched what convicted Nazis were hanged for at Nuremberg.

On April 9, 1948, things began. Israeli soldiers entered Deir Yassin. They did so violently. They machine-gunned houses randomly. Many inside were slaughtered.

Remaining villagers were assembled. They were murdered in cold blood. Children and infants weren’t spared. They were treated like adults.

Elderly and infirm victims got no mercy. Women were raped before being killed. Estimates place the death toll at around 120.

“I was (there) when the Jews attacked. (They) closed on the village amid exchanges of fire with us.”

“Once they entered the village, fighting became very heavy in the eastern side and later it spread to other parts, to the quarry, to the village center until it reached the western edge.”

He meant displace, depopulate, slaughter. Do it without mercy. Erase Palestinian culture and history.

State terror defines official Israel policy. Palestinians have no power over their daily lives. They’re terrorized. They live in fear for good reason. They face:

collective punishment for being Muslims, not Jews;

bulldozed homes, crops and orchards; as well as

arrest, imprisonment, and torture without cause.

“We must expropriate gently the private property on the state assigned to us.”

“We shall try to spirit the penniless population across the border…(We must do it by) denying it employment in our country.”

They want Palestinians recognized as victims. They want longtime denied justice reversed. Without it, regional peace is impossible.

It vows to seize all of Jerusalem. It wants it as Israel’s exclusive capital. One state for all its people equitablely is the only just solution.

ANAP endorses “an integrated, egalitarian state with freedom and equal rights for all its citizens.”

Arabs must be treated no less fairly than Jews. Zionism is enemy to Jews and non-Jews alike.

Israel must repudiate Zionism, ANAP believes. It must “transform itself into a normal, multi-ethnic, constitutional democracy…” It must treat all its people equitably and fairly.

It must move beyond daily struggles. It must renounce war and other forms of violence.

It must embrace peace, equity and justice. It must govern without prejudice to survive.

Israel falls short and then some. It has a choice. Change or eventually perish. There’s no in between.