“Illuminati” by Lil Pump: Yeah, This Is What the Music Industry Has Sunken To

When this site was launched more than 10 years ago, music videos contained some occult symbolism, but it was mostly subtle and covert. I basically had to write long paragraphs and quote obscure books to explain how the symbolism that is seen on screen related to the occult elite and the Illuminati. Fast forward to 2020 and this is what they’re singing:

In an era where the occult elite is rearing its ugly head and putting its agenda in overdrive, the music industry has become nothing less than a propaganda arm of the elite. And since rap is extremely popular with young people, lots of efforts were made to turn this art form into a braindead, satanic cesspit.

In the past years, I’ve written articles about artists such as Lil Uzi Vert, Trippie Redd, and Young Thug – all young rappers who’ve starred in videos that are blatant, in-your-face celebrations of the occult elite and its satanic mindset. However, Lil Pump’s Illuminati manages to take things to yet another level of overtness … while sinking to yet another level of patheticness.

With a blatant name like Illuminati, one would expect the song to maybe contain some kind of second-degree message, a comment about the industry, or some kind of clever twist on what the song is supposed to mean. But, no. Illuminati is strictly about Lil Pump and Anuel AA bouncing around while rhyming the words “Illuminati” and “Ferrari”. As our ears are aggressed with this nonsense, our eyes are bombarded with every Illuminati symbol imaginable. In short, it is a mind-numbing experience. And, unsurprisingly enough, all of the top comments on YouTube diss the hell out of the video.

To be fair, Lil Pump was never an intellectual rapper. He became famous for Gucci Gang – a song where he repeats the words “Gucci Gang” during about 72% of the song. This did not stop the video from getting over a billion views on YouTube. It also led Lil Pump to be listed in Forbes’ 30 Under 30. 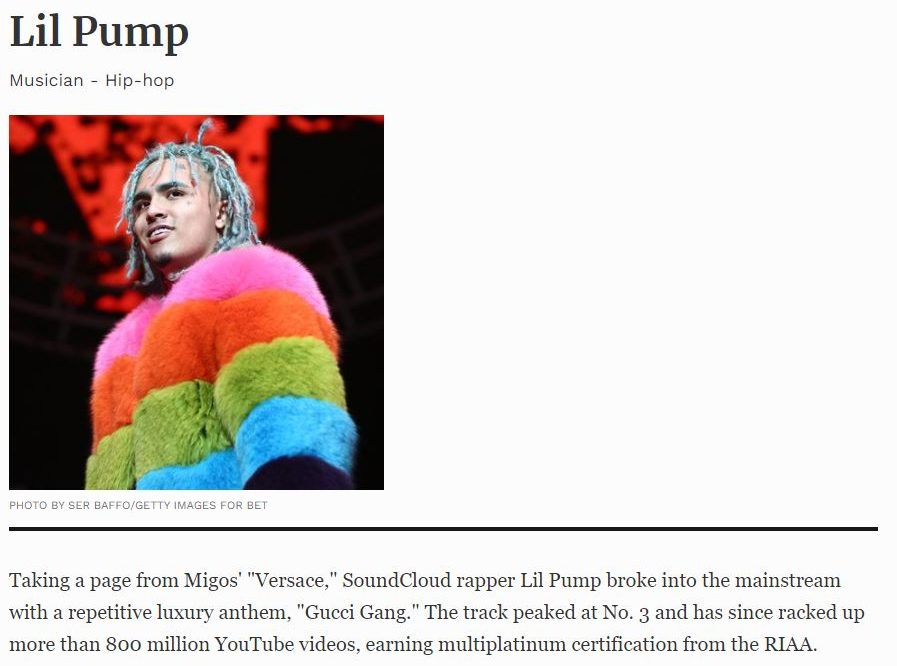 Some critics complained about the fact that they can only understand the words “Illuminati” and “Ferrari” in the song. That is appropriate because those are the only words one needs to understand to get the gist of the song: It is about associating “Illuminati” with cool things such as hot girls and sports cars.

The video, directed by industry veteran Spiff TV, puts it all on display. And it begins in a very symbolic matter.

Anuel AA lays in a coffin.

The funeral is hosted by a creepy hooded figure wearing a mask.

Then, Anuel AA comes back to life and starts rapping. He throws up devil horns which double as a one-eye sign.

For centuries, initiation rituals in occult circles have revolved around the symbolic death and rebirth of the candidate. In this case, the artists are reborn in the satanic pseud0-religion of the occult elite.

Anuel’s lyrics focus on a single concept: His satanic rebirth allows him to be rich and famous.

I am a demon, I am a devil
I am on Billboard, I am a king
I am a millionaire, I am untouchable

As Annuel sings these words, we see things like a Baphomet head flashing on screen.

Of course, as a pawn of the Illuminati, Annuel needs to do the one-eye sign. Often.

Then, Lil Pump comes in to brag about the fact that he sold his soul.

Lil Pump is surrounded by masked people in what looks like an initiation ritual.

Illuminati (Ooh)
Might wake up tomorrow and buy a Bugatti (Bugatti)
Illuminati (Yeah, sheesh)
Swervin’ in ‘Rari while I’m on an Oxy (Brr)
Two twin hoes in the lobby (In the lobby), ooh
Sorry, b*tch, I don’t say sorry (Uh-uh, yeah)
F*cked on that b*tch from the UK
I put her on molly, now she act retarded (Damn)
Illuminati make a b—h go crazy (Go crazy)
I don’t know which one of these is my baby (Uh)

To sum up, Lil Pump says that the Illuminati is allowing him to purchase a Bugatti and to drive a Ferrari while incapacitated on opioids. He is also proud of the fact that he drugged a girl to the point that she is now mentally challenged.

While we are graced with these words of wisdom, we see this:

There is a lot going on here. First, Lil Pump is surrounded by hellfire, which clearly expresses where this is going from a spiritual standpoint. Also, Lil Pump is wearing a feline-print jacket which is used by the aforementioned Illuminati to identify Beta Kitten slaves. In other words, Lil Pump might get “lil pumped” by some old disgusting Illuminati dude later. Finally, he is dancing on stairs leading to nowhere in particular – a classic Masonic symbol. 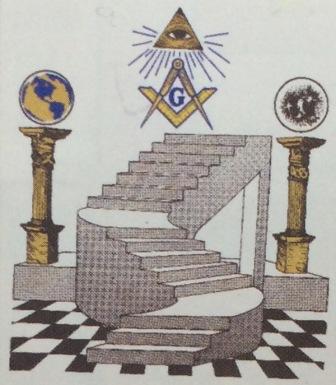 Of course, industry pawns such as Lil Pump are not climbing stairs towards any kind of spiritual illumination.

Lil Pump holds a snake. The serpent who tempted Eve to bite the proverbial apple in Genesis is one of the occult elite’s favorite mythical figures: Lucifer the Light Bringer.

The video ends with some more blatant imagery.

A girl doing the one-eye sign with a triangle of light over the eye.

More horned things to make sure you understand that this was brought to you by the satanic elite.

With a title like Illuminati and visuals that blatantly allude to satanic rituals, this video takes yet another step towards the normalization of the occult elite’s imagery to the youth. Some might say: “They’re doing it on purpose to troll you and to piss you off”. Well, the only people who are actually pissed at the video are Lil Pump’s own fans. A quick look at the “thumbs down” and the YouTube comments reveal that people just hated the song and the video. But Lil Pump still had to do it. It’s a humiliating rite of passage.

Because there is nothing cool, clever or rebellious about this video. It is all about Lil Pump and his friend talking about how the Illuminati bought them a Ferrari, the same way a call girl would brag about her sugar daddy buying her a new handbag. It’s like: Good for you, but we all know what you had to do to get this. And, while the escort can eventually ditch her sugar daddy and move on to something else, Illuminati pawns cannot.

As Lil Pump said himself:

Watch out Lil Pump. Because, in this situation, you’re the b*tch.

The post “Illuminati” by Lil Pump: Yeah, This Is What the Music Industry Has Sunken To appeared first on The Vigilant Citizen.