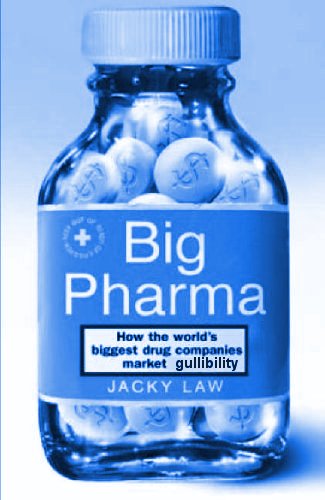 The pain and discomfort of holocaust denial got you down?  Then try Talmajew … it’s safe, effective and without any bad after tastes.  Do not take Talmajew if you are pregnant or expect to give birth to a human, do not take talmajew if you have any remote feelings toward being gentile, Talmajew may cause head banging, ranting, whining and suicidal thoughts. ~ Dave the Teacher

FRANKFURT, Germany – Governments, police services, and prison authorities around the world are reportedly “overjoyed” by the launch of a new prescription drug that cures people who doubt the veracity of the so-called Jewish Holocaust.

Soon to be marketed and sold under the name Holozac, the drug works by closing down the brain’s center of intellectual inquiry. It also blocks the re-uptake of politically incorrect neurotransmitters involved in critical thought processes, making it more difficult to distinguish between truth and lies.

“We’re simply overwhelmed by the response of the governments we control in the Zionist West,” says Ari Scheister, Marketing Director for Goy & Goy’s regional office in Germany. “Particularly so in the European Union where prisons are bursting at the seams with professors, journalists, and academics who each suffer the symptoms of advanced and potentially fatal HDS and other diseases associated with human awareness and a passion for the truth.”

Europe’s most prominent sufferers, Ernst Zundel, Germar Rudolf, and David Irving are said to be in a stable condition following incarceration in high-security prison facilities for People Who Read Books (PWRBs).

“Next to People Who Have the Audacity to Actually Write Books (PWHTATAWBs), the PWRBs are our most urgent concern,” says Guenther Gutmensch, Parliamentary Chairman of the Federal Commission for Confiscating and Burning Books That Make People Think Something Ain’t Right (FCFCABBTMPTSAR).

“They ask lots of questions and they have an unnatural and very unhealthy obsession with finding out the truth. They simply do not believe a word we say.”

Goy & Goy Pharmaceuticals were given the green light by EU health regulators yesterday following extensive double-blind tests involving twenty HDS sufferers. Over a seven-day period, the patients were allowed unrestricted access to a library of detailed and scientifically authenticated studies of the so-called Jewish Holocaust. Ten of the patients were given a placebo, whereas each of the other ten was administered 500 mg of Holozac twelve times a day.

“The results were astonishing,” says Dr. Ron Haggler, who supervised the trial. “On the first day, both groups quickly found all three volumes of the 1948 ‘Report of the International Committee of the Red Cross’, and ‘The Hoax of the Twentieth Century’ by Arthur Butz. On the second day, patients were still reading and discussing Germar Rudolf’s ‘Lectures on the Holocaust’ and Juergen Graf’s seminal ‘The Giant with Feet of Clay’.”

“However,” continues Haggler, “by Wednesday morning the group treated with Holozac had actually pushed aside Carlo Mattogno’s ‘Auschwitz: Rumor and Reality’ and Norman Finkelstein’s ‘The Holocaust Industry’ in favour of the semi-mythical ‘Schindler’s List’. At the end of the experiment they were actually fighting over the only available copy of Germany’s favourite self-loathing, government-controlled newspaper ‘Bild Zeitung’.”

There are, however, side effects associated with Holozac. Its active ingredient, Zionine, has been shown to cause a pathological hatred of Palestinians and Muslims in general.

“It’s not for cartoonists or editors of Mossad-controlled newspapers,” Haggler explained. “We are also cautioning doctors not to prescribe to patients who have a habit of harming either themselves or complete strangers and who then blame that harm on imaginary Arab terrorists.”

Haggler’s colleagues also stress that giving the drug to Christians who have been artfully persuaded to believe a false, unscriptural, satanic doctrine known as the Zionist Dispensation would be sheer overkill.

“Cyrus Scofield and the Rapture crowd did to American Christians what this drug can do to the Holy Remnant,” says an Israeli team coordinator, smiling.

“Pastors and Ministers in the United States, who have deliberately confused the pristine Kingdom of God with a stretch of worthless real estate on a spinning ball of dirt, have all but made medical treatment with Holozac unnecessary. A Scofield Reference Bible believer on just one milligram of Zionine would make the Irgun death squad look like the Cub Scouts on a paper chase. Buying stock in Caterpillar would be a smart move. Here’s my broker’s phone number.”

Despite such reservations about possible side effects, the European Union has already invested 15 billion euros in what it describes as the most ambitious mental health campaign in modern times.

“Holocaust Denial Syndrome begins at home and in the classroom. Does your child ask questions? Does he or she read books? Does he or she get bored with television news programmes and surf the Internet for uncensored history sites and the truth about September 11? If the answer is ‘yes’ to any one of these painfully necessary questions, then your child should be treated with Holozac immediately before his or her brain has a chance to fully develop its dangerous critical faculties.”

Much to the delight of Goy & Goy shareholders, that recommendation was heartily echoed by psychiatric professionals throughout the European Union yesterday.

“We often find ourselves being called out at short notice to help the police deal with highly intelligent people who question the official version of history and who therefore require urgent medication,” says first-responder Heidi Stomp.

“At the end of the day, all we want is a society of normal, well-adjusted people who watch television, trust the government, don’t ask questions, pay taxes, and love Israel.”

“Governments are limited in terms of what they can do to keep young men dying in wars for Israel premised upon our cleverly scripted history and other scams,” reiterates Ari Scheister.

“They can burn books and lie and deceive over and over again, but there’s always a hard core of dangerously self-educated and wilfully informed people who persist in asking troublesome questions about our precious and wonderfully unique Holocaust, despite the threat of imprisonment or worse. The only way to deal with this terrible disease and stop the truth from infecting other people is by treating sufferers with our new miracle Holozac.”

“To paraphrase one of our cleverest non-attributable disinformation slogans of all time,” concludes Scheister, “it may not be the only solution, but it’s sure as hell the final solution. Pass the Sushi, will ya?”

Michael James is a British freelance journalist and translator, resident in Germany for almost 14 years. All of his online journalism is public domain and may therefore be republished freely in any media without permission.