They were monitored. They didn’t know it at the time. Their discussion was leaked. 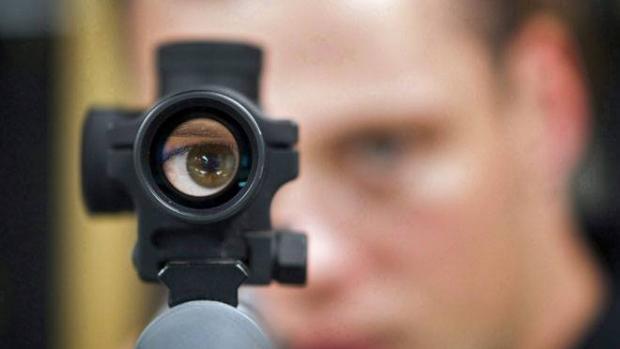 Paet talked to Ashton after returning from Kiev, he said. “At the time, (he) was already in Estonia,” he added.

On Wednesday, he held a press conference. He issued a statement saying Euromaidan killings demand an independent investigation.

“We reject the claim that Paet was giving an assessment of the opposition’s involvement in the violence,” it stressed.

It’s impossible reinterpreting what he meant.

He only commented on what he heard in Kiev. He spilled the beans. Intentionally or not, he confirmed what’s been independently believed all along.

Ukraine’s legitimate President Viktor Yanukovych was wrongfully blamed. He had nothing to do with Euromaidan killings.

The operation was a classic false flag. It was staged to blame him. It’s now exposed.

Cui bono matters most. Yanukovych’s involvement had everything to lose and nothing to gain.

Security Service of Ukraine (SBU) officials loyal to Yanukovych reportedly hacked phones used by Paet and Ashton. They uploaded what they heard online.

Paet was heard saying “there is now stronger and stronger understanding that behind the snipers, it was not Yanukovich, but it was somebody from the new coalition.”

“All the evidence shows” they were shooting at people from both sides. They targeted police and protesters. Yanukovych was wrongfully blamed.

Ashton was nonplussed. She was tongue-tied. She was caught red-handed. She’s part of the dirty scheme to oust him.

She reacted saying: “Well, yeah…that’s, that’s terrible. I think we do want to investigate.”

“I mean, I didn’t pick that up. That’s interesting. Gosh.” Expect all-out efforts to bury the story. Whether it’s possible remains to be seen.

It’s named after her great-grandfather Oleksandr. He founded and served as its Institute of Dermatology and Cosmetology chief.

She showed him photos. They revealed “the same handwriting, the same type of bullets, and it’s really disturbing that now the new coalition, that they don’t want to investigate what exactly happened,” said Paet.

During weeks of protests, nearly 100 people were killed. Another 900 were injured.

US-linked Putschists were responsible. Perhaps CIA elements were involved. The game is as old as empire. Victims are blamed for perpetrator crimes.

They refused to reveal their identity. They claimed useful evidence obtained for future prosecutions, they said.

They called what happened politically sensitive. They were part of an elaborate false flag scheme. Yanukovych was wrongfully blamed.

Paet blamed putschists for cover-up. “They don’t want to investigate what exactly happened,” he said.

They want it suppressed. Snipers were neo-Nazi hitmen. Yanukovych maintained his innocence.

He gave no orders to shoot, he stressed. He’s wrongfully accused of mass murder. He’s blamed for US-linked putschists’ crimes.

The International Academy of Spiritual Unity and Cooperation Among Nations of the World (IASUCANW) nominated him.

He’s one of 278 candidates. They include 47 organizations. On Tuesday, Nobel Committee members met. They added their own proposals.

They focused on recent global turmoil. According to Lundestad:

“Part of the purpose of the committee’s first meeting is to take into account recent events, and committee members try to anticipate what could be the potential developments in political hotspots.”

She’s perhaps the world’s most famous teenager. She’s called one of the world’s 100 most influential people. In April 2013, Time magazine featured her on its cover.

She was nominated last year. She’s a Pakistani blogger/activist for women’s rights and education.

In October 2012, she boarded a school bus. Gunmen targeted her. She was shot in the left side of her forehead.

She was unconscious in critical condition. She survived. She remains threatened.

On October 10, this year’s Peace Prize winner will be announced.

Putin and Foreign Minister Sergei Lavrov both are worthy. They collaborate for peace.

They go all-out for it. They want conflicts resolved diplomatically. They persevere against long odds.

They persist tirelessly. They deserve recognition for their efforts.

Last October, IASUCANW President Georgiy Trapeznikov said its nominating “letter was sent to the Nobel Committee September 16 and it was received September 20.”

“Vladimir Putin has proved his adherence to the cause of peace.”

“The primary criterion for the president is satisfaction from a job well done.” He seeks no special recognition or awards.

“Barack Obama is the man who has initiated and approved the United States’ aggressive actions in Iraq and Afghanistan,” said Kobzon.

They believe war is peace. It shows in their annual selections.

It reflects his “extraordinary efforts to strengthen international diplomacy and cooperation between peoples.”

He’s “work(ed) for a world without nuclear weapons.”

He “created a new climate in international politics.”

“Only very rarely has a person to the same extent as Obama captured the world’s attention and given its people hope for a better future.”

Throughout his tenure, he waged war on humanity. He has new targets in mind. He wants unchallenged global dominance.

He stops at nothing to get it. Putin is polar opposite. He supports peace and stability.

He champions multi-polar world cooperation. He deserves recognition for his efforts. So does Lavrov for his dedicated collaboration.

He’s public enemy number one. Being on the right side of history has a price. Waging war on humanity is rewarded.

It calls for members to “consult together whenever, in the opinion of any of them, the territorial integrity, political independence, or security of any” is threatened.

Article 5 considers an armed attack (real or otherwise) against one or more members, an attack against all. It calls for collective self-defense.

No threat whatever exists. Ukraine isn’t a NATO member. Not yet at least.

Its statement said “Russia continues to violate Ukraine’s sovereignty and territorial integrity, and to violate its international commitments.”

“These developments present serious implications for the security and stability of the Euro…Atlantic area.”

“Allies stand together in the spirit of strong solidarity in this grave crisis.”

“We undertake to pursue and intensify our rigorous and on-going assessment of the implications of this crisis for Alliance security, in close coordination and consultation.”

“We continue to support all constructive efforts for a peaceful solution to the current crisis in accordance with international law.”

“We welcome the ongoing efforts undertaken by the United Nations, the European Union, the OSCE and the Council of Europe.”

“We will continue to consult with Ukraine within the NATO-Ukraine Commission.”

“We will engage with Russia in the NATO-Russia Council. We will hold a meeting” Wednesday. What follows remains to be seen.