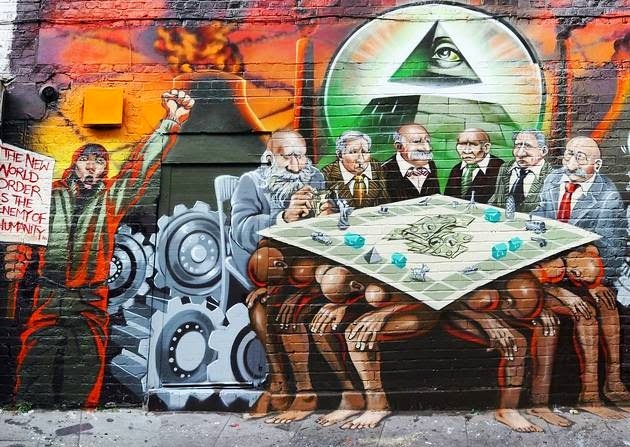 Conspiracies exist.  They happen.  They’ve been documented.  There’s laws against them.  Thousands have been convicted and jailed for them.  Yet for some reason the mainstream majority marginalizes the idea of conspiracies ever taking place.  With conspiracy bobble-heads figure-heads like Alex Jones screaming daily paranoia and misinfo over the airwaves or David Icke always going on about shape-shifting reptilian-human alien hybrid overlords, it’s no wonder the general public scoffs at so-called “conspiracy theorists.”  But what if the reality of the controlled world we’re living in truly is conspiratorial?  What if the truth really is a conspiracy?  Then researching and expressing this fact makes you a “conspiracy realist,” not a “conspiracy theorist.”  And if you deny this fact, it doesn’t make you a “rational moderate” as most pretend, it just makes you a closed-minded, gullible, malleable, herdable, parrot in denial. 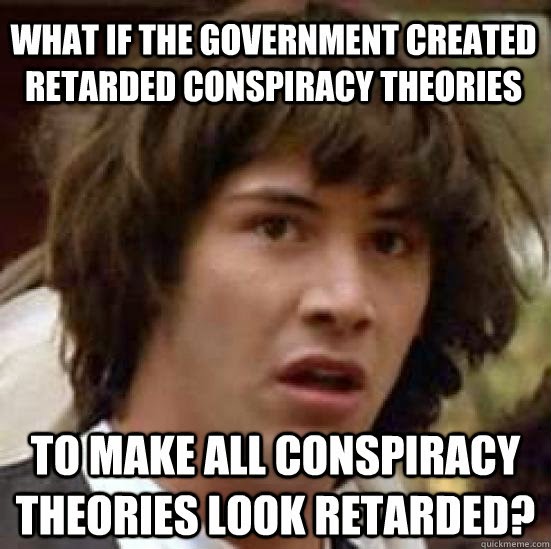 The fact is that conspiracy is the rule, not the exception.  Every American President in history has come from ancient British and/or French royal bloodlines.  Secret Societies like the Freemasons, Skull and Bones, Bohemian Grove, the CFR, Bilderberg Group and Trilateral Commission all exist and maintain incredible power and influence over world politics, media, military, and economics.  The world-wide mainstream media is controlled by a small handful of secret society members.  The world-wide forced government indoctrination system brainwashing our children was given to us by the same people.  So was the criminal banking system controlling the world economically.  Read about Operation Northwoods, the Lusitania false-flag, the Pearl Harbor false-flag, the Gulf of Tonkin false-flag, 9/11, and other proven conspiracies which have led to massive wars.  Read about the inordinate amount of control Zionism and Zionists have over America and the world.  Read about the long-planned New World Order One World Government slowly being brought to fruition by these people. 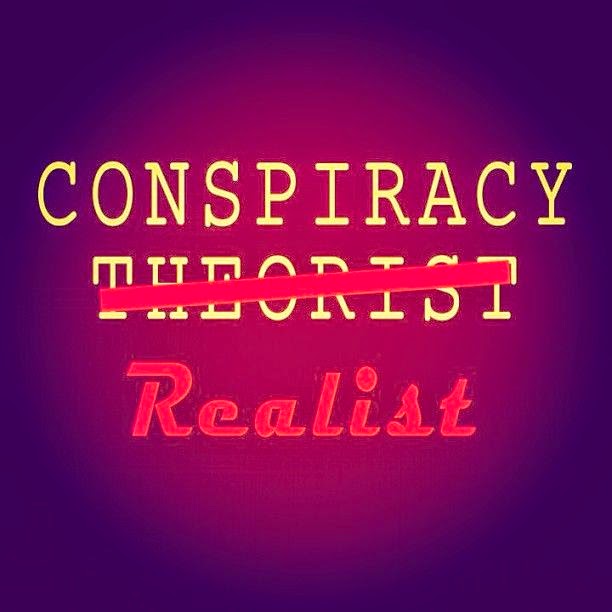 Sure conspiracy “theories” abound on the internet, stories of various cryptozoological  encounters or promises of Galactic Federations of benevolent ETs.  These fringe ideas, many without a single shred of practical evidence, are indeed mere theories, with little to no reality behind them.  However, the fact that humanity has long been controlled by a group of obsessively interbreeding “royal” psychopaths with secret society foot-soldiers who influence the masses through control of media, education, economy and politics, and who are voraciously working towards ultimate centralized power in a New World Order is not a theory.  It is the conspiratorial reality we’re living in and it’s getting far too late in the game of good vs. evil to remain passively protected by denial with heads in the sand.  It’s high-time people side-step the group-think, research the true history of humanity, and become proud conspiracy realists. 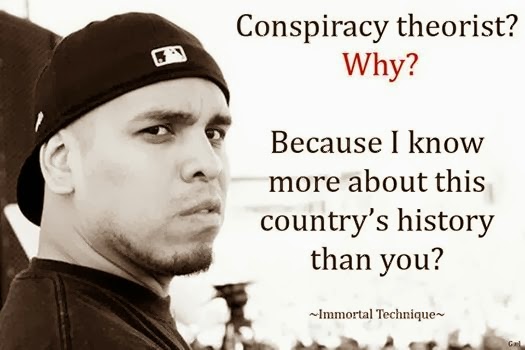 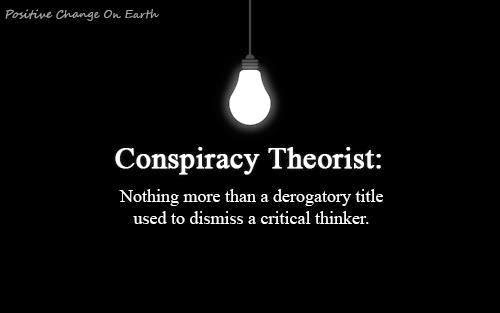