On July 20, 2012, a mass shooting occurred inside of a Century movie theater in Aurora, Colorado, killing 12 people and injuring 70 others. The sole suspect, James Eagan Holmes, was arrested outside the cinema minutes later.There are 350,000,000 people… Continue reading →

Read more on this subject: B.O.R.G.Feature Article by Morpheus Titania

The documents listed below, plus hundreds more and numerous Essays
explaining what has happened to this World are available on Disks for FREE. The
documents are not secret. The… Continue reading →

Jason Derulo is one of the new artists being pro […]

The title of the post describes it; this is a TM […] 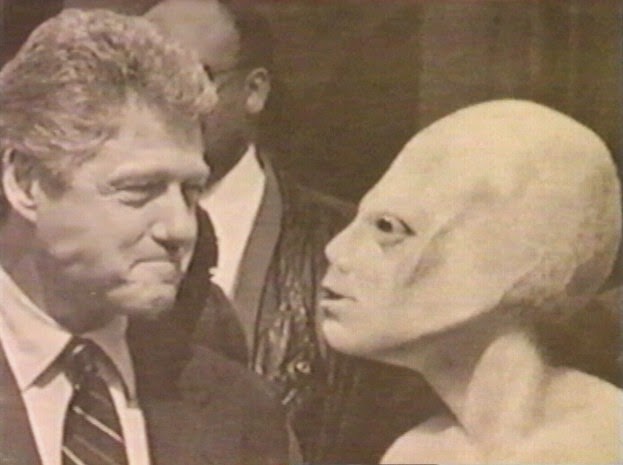 ED Noor: Not mentioned by the author is this ominous and infamous quote from Kissinger:

“Today, America would be outraged if U.N. troops entered Los Angeles to restore order [referring to the 1991 LA Riot]. Tomorrow they will be grateful! This is especially true if they were told that there were an outside threat from beyond [i.e., an “extraterrestrial” invasion], whether real or promulgated, that threatened our very existence. It is then that all peoples of the world will plead to deliver them from this evil. The one thing every man fears is the unknown. When presented with this scenario, individual rights will be willingly relinquished for the guarantee of their well-being granted to them by the World Government.” ~ Dr. Henry Kissinger, Bilderberger Conference, Evians, France, 1991.

Would contact with a race of aliens be enough to fully unite humanity?

Would it cause all of us to drop our bitter quarrels and come together as one?
That is apparently what former president Bill Clinton believes. On Jimmy Kimmel Live the other night, Clinton said that an alien invasion “may be the only way to unite this increasingly divided world of ours”.
He also said that “if we were visited someday, I wouldn’t be surprised”.
So does he know something that the rest of us don’t?
And why is he sharing this now? 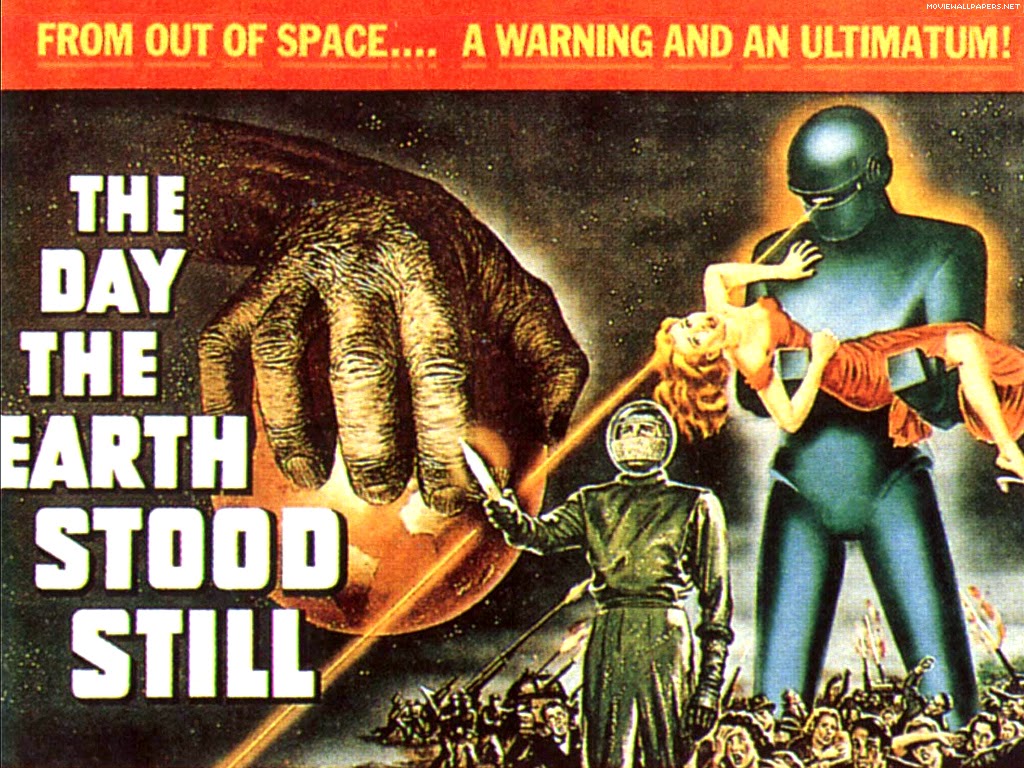 In recent years, the general public has been primed for the possibility of contact with aliens. There has been an endless barrage of books, movies, television shows and video games that portray human contact with extraterrestrials. It has gotten to the point where even some of the most hardcore skeptics in our society seem quite eager to embrace the possibility of extraterrestrial contact. Is this a good thing, or could the truth be that we are being set up for a great deception of historic proportions?
Appearances by major political figures on late night talk shows are usually highly scripted. So it seemed odd that Jimmy Kimmel would ask Bill Clinton about UFOs. Is that something that Clinton actually wanted to talk about? When Kimmel asked his questions, Clinton seemed quite prepared with his answers. Among other things, he told Kimmel that “the differences among people of Earth would seem small” if we were to be suddenly confronted with contact by extraterrestrials.
The former president said on “Jimmy Kimmel Live” Wednesday that an invasion by extraterrestrials might be the best way to unite the fractious countries of our war-wracked planet.

“I had people go look at the records on Area 51 to make sure there was no alien down there. But there are no aliens there. So then I, when the Roswell thing came up, I knew we’d get gazillions of letters. So I had all the Roswell papers reviewed, everything.
.

[At the same time,] we know now we live in an ever expanding universe. We know that there are billions of star and planets literally out there, and the universe is getting bigger. We know from our fancy telescopes that just in the last two years, more than 20 planets have been identified outside our solar system that seem to be far enough away from their suns and dense enough that they might be able to support some form of life, so it makes it increasingly less likely that we are alone.
.

If we were visited someday, I wouldn’t be surprised. I just hope that it is not like Independence Day, that it’s a conflict. [Although] that may be the only way to unite this incredibly divided world of ours. ‘They’re out there, we’d better [work together]’ Think of how all the difference among people on earth would seem small if we felt threatened by a space invader. Everybody gets together and makes nice. That is the whole theory of Independence Day.”

I have posted video of Bill Clinton telling Jimmy Kimmel these things below.
This is absolutely stunning.
Back in 1987, President Ronald Reagan made a similar statement. He told the United Nations General Assembly the following…

“I occasionally think how quickly our differences worldwide would vanish if we were facing an alien threat from outside of this world.” 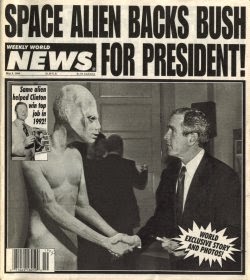 At that time, a belief in “aliens” was usually ridiculed.

Just think how much has happened since that time to help prepare humanity for alien contact.

In fact, according to a survey conducted by National Geographic, 77 percent of all Americans already “believe there are signs that aliens have visited Earth”.

But only 68 percent of all Americans believe that Jesus is God or the Son of God.

That means that more Americansbelieve that UFOs have visited us than believe what the Bible has to say about Jesus Christ.

At this point, even the most hardcore “skeptics” in our society seem absolutely primed for extraterrestrial contact.

Just consider celebrity atheist Neil deGrasse Tyson, the host of the new Fox series “Cosmos” A Spacetime Odyssey”. He appears very open to the possibility that aliens have visited us or may visit us in the future. In fact, he has joked that aliens may be avoiding open contact with us because they can’t detect any sign of intelligent life on this planet.

“I wonder if, in fact, we have been observed by aliens and upon close examination of human conduct and human behaviour they have concluded that there is no sign of intelligent life on Earth”.

And celebrity atheist Richard Dawkins seems very open to the possibility that life on earth may have been “intelligently designed” by aliens. Just check out this video.

Alternatively, the Vatican also appears to be extremely interested in the search for extraterrestrial life. Vatican astronomers speak excitedly about the possibility of contact with “brother extraterrestrial“, and one has even suggested that aliens could “be the Saviours of humankind“.

It seems like almost everyone is looking up at the stars, hoping for contact with other life forms.

And with each passing day, even more “UFO videos” and “alien videos” are posted to YouTube. Certainly many of them are fakes, but is that true for all of them? It has gotten to the point where there are millions upon millions of people out there that claim that they have either personally seen a UFO or have had contact with an alien being. With each passing decade, this type of activity seems to become even more frequent.

So what is it all leading up to?

All over the world, our technology is capturing images of these “UFOs” and “aliens”. The following is one video from Mississippi that I discovered just today.

Most people out there seem to have the hope that when we do make contact with aliens, that they will come in peace.

And there are many, including Bill Clinton, that seem to believe that contact with extraterrestrial life will finally be the moment that unites the entire world.

But there are others that have studied these things intensely for many years that are deeply, deeply concerned about the agenda of these “aliens”. For instance, Temple University Professor Dr. David Jacobs has been studying the alien abduction phenomenon for more than 30 years, and he has developed “a tremendous sense of concern about the future” based on what he has discovered.

But I must say that now that I’ve learned as much as I have learned, and I think I’ve learned an awful lot, I am very, very unsettled and upset by what I see. I don’t like what I see. I wish I didn’t see this. I wish I hadn’t uncovered this. I despair of it. It’s thrown me into a tremendous sense of concern about the future and unease. I just don’t like it very much. I wish I did. I don’t want to be this way. I don’t want to be the bearer of bad news. I could not have ever imagined that I would come to this position. What I’m seeing now, what I’ve found with the phenomenon, I could never have imagined.
So what do you think?

Do you believe that we will make contact with “extraterrestrial life” someday? 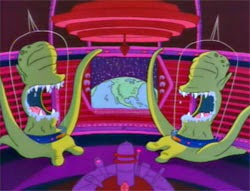 If we do, will that be good or bad?