By Kris Millegan (Editor, Conspiracy Theory Research List) 1. The Secret Origins of Skull & Bones The story begins at Yale, where three threads of American social history — espionage, drug smuggling and secret societies — intertwine into one. Elihu Yale was born near Boston, educated in London, and served with the British East India […]

This is taken from my larger post that covers al […] 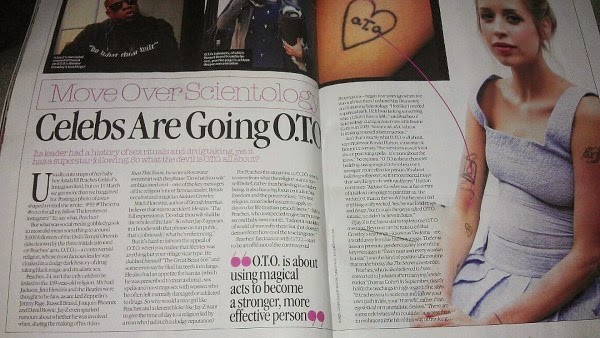 Peaches urged her social media followers to learn about the O.T.O, which caused a surge of interest for the secret society in mass media. This “bright happy” young mother dabbled in “magical acts” using dark energies to achieve success. Or so she thought.
ED Noor: The sex rites of the OTO are not to be dismissed lightly. Nor are they all “just” blood; the sex ritual aspect is very real; the physical stamina of the participants is pushed to the utmost, often to the point of unconsciousness in their efforts to attract various demons.
Crowley battled Christianity with black magick, and spent his life detailing how to perform black masses which include sacrificing animals and children. He wrote “A male child of perfect innocence and high intelligence is the most satisfactory and suitable victim for use in the Mass” (which corresponds back to the sacrifice of children to Ba’al in much earlier times).
In Crowley’s day restless wantons from all level of society partook in these rites, in private, the elite flocked to participate in his doings. Things have not changed. Peaches may not have been a sacrifice; she could have simply overdone things. We may never know the truth. It would not be the first time; stimulants are part of these things, whatever can help maintain endurance. 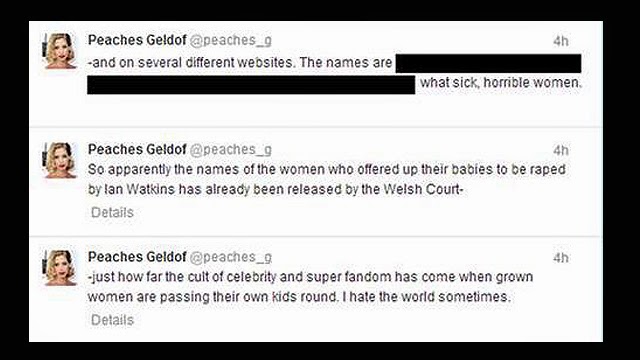 On 26 November 2013, the Lost Prophets singer Ian Watkins pleaded guilty to a string of sex offences, including the attempted rape of a baby.

The boy’s mother pleaded guilty to aiding the attempted attack.

Another mother allowed Watkins to plot the rape of her daughter.

Did Peaches know too much about a powerful pedophile ring? 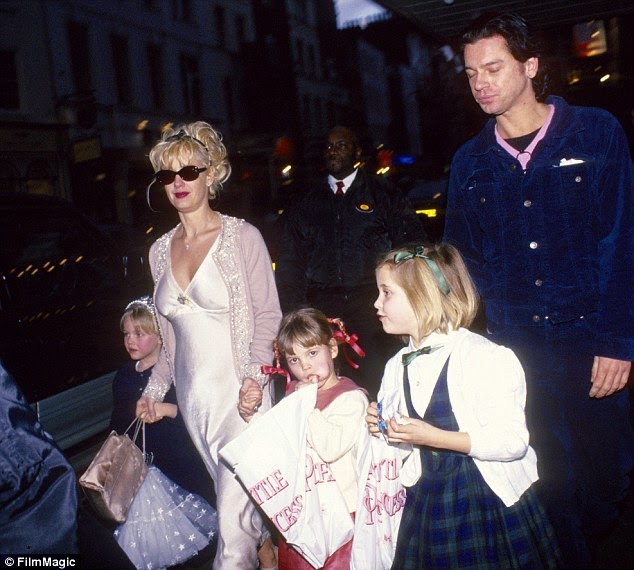 Michael Hutchence was the partner of Paula Yates who was the mother of Peaches Geldof.

Yates wrote that Bob Geldof, Peaches’ father, had threatened them repeatedly with, “Don’t forget, I am above the law”.[10]

Yates refused to accept the coroner‘s verdict of suicide. [11]

.
On 7 April 2014 Peaches Geldof, 25, was found dead at her home in Wrotham, in Kent in the UK.
.
Police investigating the death of Peaches Geldof reportedly found ‘no hard drugs, no suicide note and no visible signs of injury’.
.

Peaches Geldof and her son Astala and a ghostly hand.
.
In June 2011, an inquest heard that Peaches’ name appeared in the diary of 18-year-old Freddy McConnel who died in mysterious circumstances.

Peaches Honeyblossom Geldof (1989 – 2014), the daughter of Sir Bob Geldof and Paula Yates, was an English journalist, television presenter and model.

Paula Yates in 1999 and daughter Peaches Geldof in 2008. iaincarstairs.wordpress.com…

Peaches was the granddaughter of Hughie Green.

Her sisters are Fifi Geldof and Pixie Geldof. She also has a younger half-sister, Tiger Lily Hutchence Geldof. [4]

Peaches was married to Thomas Cohen. 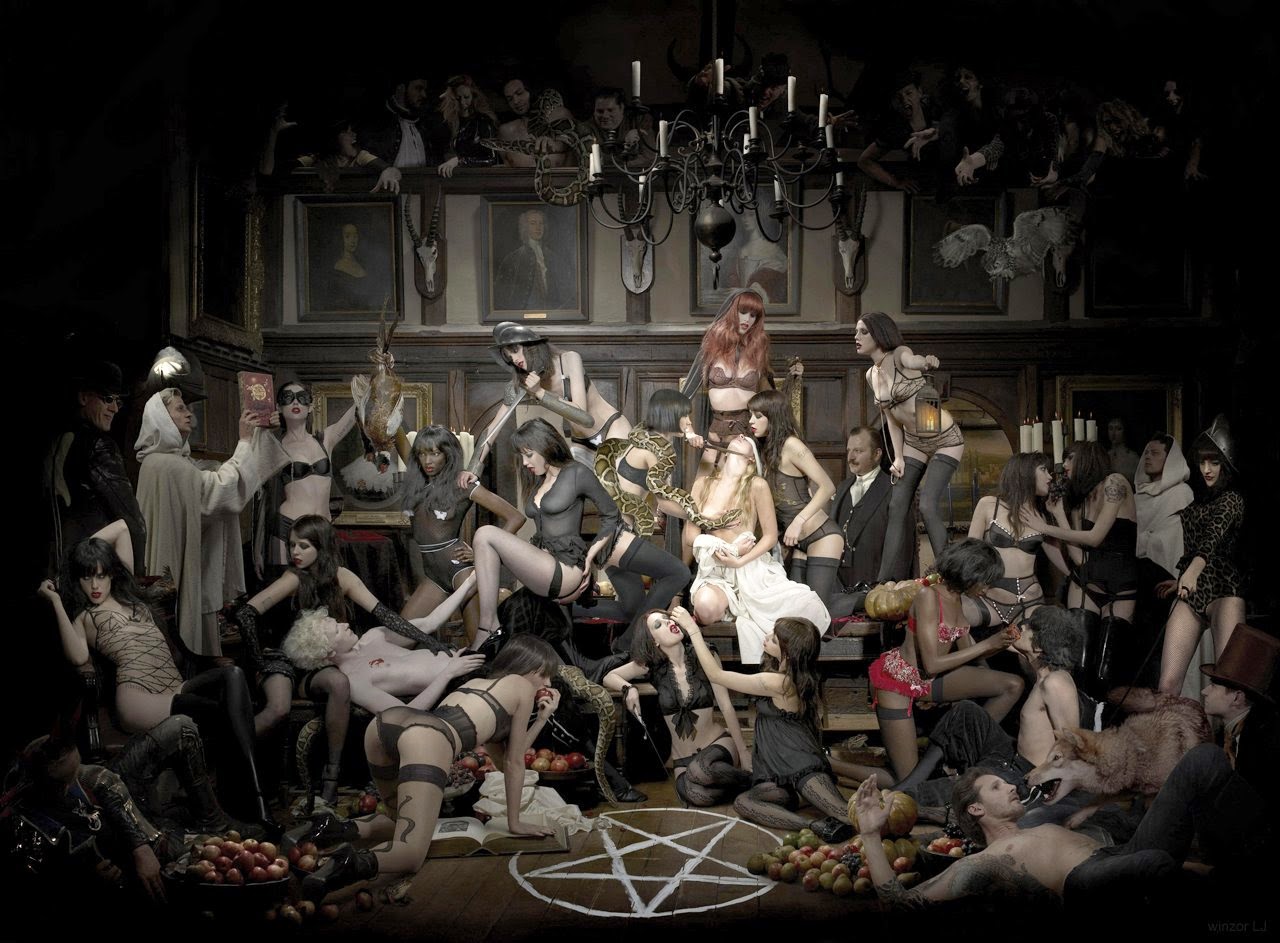 See the Agent Provocateur official site “for some interesting symbolism.”

According to an article at Mail Online, a Satanic sex cult is ensnaring a growing number of celebrities, such as Peaches Geldof, Jimmy Page and Jay-Z.

The Mail does not mention that the CIA and its friends have long used Satanic sex cults to mind-control top people.

Maxwell-Knight, a friend of Aleister Crowley. From: ‘One Girl’s War, by Joan Miller (1986) we learn about Charles Henry Maxwell-Knight, formerly head of Britain’s MI5 spy agency. “His first wife Gladys, I learnt, died in the Overseas Club after some sort of occult misadventure in which the notorious Aleister Crowley was involved.” (http://www.bilderberg.org/sis.htm)

Peaches Geldof showed an interest in Scientology and Judaism.

Peaches Geldof told her Twitter fans that she is a devotee of Ordo Templi Orientis, known as OTO.
OTO originated in Germany or Austria between 1895 and 1906. [4]
OTO, in the UK, was founded by Aleister Crowley.
Crowley’s form of worship “involved sadomasochistic sex rituals” with young males and females, spells, and the use of hard drugs…
DailyMail 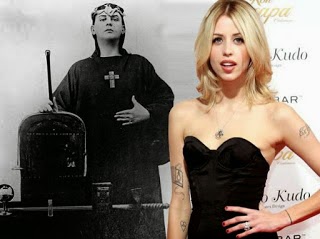 Like the Lucis Trust, the OTO is a direct off-shoot of the work of Britain’s leading twentieth-century Satanist, Theosophy leader Aliester Crowley.

OTO enthusiasts claim this organization is an offshoot of Templar freemasonry, and hint at very influential protection from among Templars very high in British freemasonry. 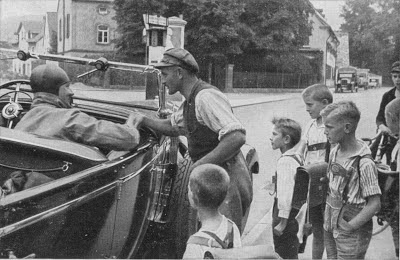 Nazism and occultism…
Reportedly, there are now OTO lodges around the UK.
John Bonner, 62, from East Sussex, is the head of OTO in the UK.
Former FBI agent Ted Gundersen investigated Satanic circles in LA.
He found that Crowley’s teachings suggested human sacrifice, preferably of ‘an intelligent young boy’. 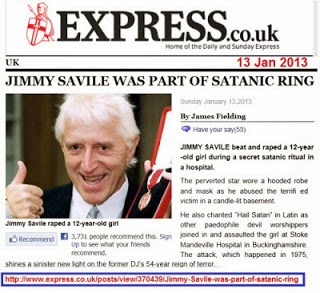 “Operation Yewtree detectives investigating the shamed star’s sordid antics are hunting for the footage which is said to have been preserved on DVD.

“The sleazy film is said to show other celebrities and civic bigwigs taking part in naked Satanic rituals at a secret club called The Chamber.

“The meeting place in Whitby, North Yorks, had a ceremonial whipping post in the centre of the room. Occult symbols including pentagrams and goat’s heads adorned the walls.”

Jimmy Savile ‘Naked In Satanic Sex Club’ ~ Daily Star
~~
Bob Geldof’s Live 8 was a string of benefit concerts supposed to help the poor of the Third World.
The money raised by Geldof’s Live 8 “was instead used to pay off the corporate creditors of indebted countries.  In effect, the ENTIRE focus of the money generated by Live 8 was to provide direct assistance to corporations owed money by these impoverished nations.”
Bob Geldof has ALWAYS been a c**t. 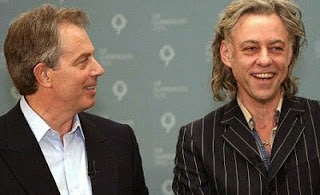 Blair and Geldof.
In 2008, Bob Geldof made a speech, in Melbourne, about the tragedy of Third World poverty.

He was paid A$100,000 for his one-off speech which included a luxury hotel room and first-class airfares. [28]

Bob Geldof is a friend of George Bush and Tony Blair.
ED Noor: Now you understand how he earned the title “sir”. Bob is also a close affiliate in these charity workings with his good friend Bono who also moves in the same elite social circles.

Above, we see Ian Watkins.
Ian Watkins was raised in a Baptist manse in Wales by Church minister John Davies and his wife Elaine.
. 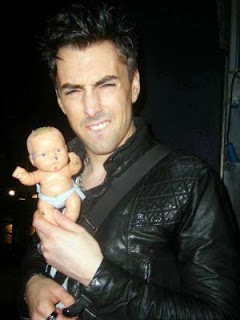 On 26 November 2013, Watkins pleaded guilty to a string of sex offences, including the attempted rape of a baby.

The charges included sexually touching a one-year-old and encouraging a fan to abuse her own child during a webcam chat. 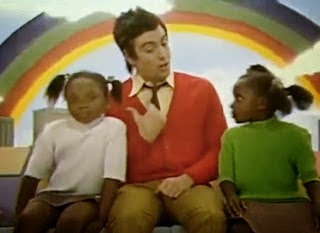 Ian Watkins
A former girlfriend of Watkins said he abused hundreds of fans before also trying to abuse their children. 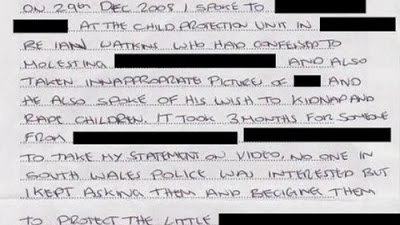 The former girlfriend of Watkins says she first went to the notorious South Wales police in 2008 but she was ignored.

Using the Skype online chat programme, Watkins and 24-year-old female fan discussed getting the fan’s baby daughter to have sex with animals and take drugs.

The CIA’s Monarch Programming takes its name from the Monarch butterfly. “They begin as worms (underdeveloped and new) and after the cocoon stage (programming) it is transformed into a completely different creature ~ a high-flying butterfly (aka the Monarch slave). Also, when someone is given electroshock therapy, a feeling of light-headedness occurs and the person feels like they are floating, like a butterfly.” ~ memoirsfrommorocco.blogspot.com 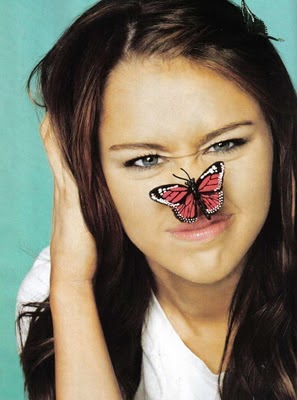 Shout out to O.S. for sharing this commercial wi […]

12SEXPAND You probably knew that William S. Burroughs had experimented with some unusual ideas during his time — but did you know he joined the Church of Scientology? Pop Apocalypse author and English professor Lee Konstantinou reveals the secret history of how Burroughs almost became an Operating Thetan. In 1959,… Continue reading →