Time has been broken down for us in many ways, some of which make sense and others which seem senseless. Many delineations of time have astronomical significance which seems sensible. The Sun and Earth’s interaction gives us a yearly cycle, the Moon’s lunation pattern give us a monthly cycle, the constant rising and falling of Sun and Moon gives us a daily cycle, and the Moon’s affect on tides gives us a natural quarter day cycle as the tides come in and out. All other delineations of time, however, are arbitrary and man-made. The fast-ticking “second” appears nowhere in nature, except when people claim it resembles human heartbeat, but this too is arbitrary because human heartbeat constantly changes pace. The “minute” named after Min, the Moon is also an invented cycle with no actual parallel in nature. The “hour” named after Horus, the Egyptian Jesus, who divides the days and nights into 12 equal parts, is an ancient myth, but not a cycle found in nature. The worst and most spiritually enslaving of the created cycles, however, is undoubtedly the “week.” Because of this ludicrous unnatural cycle, almost everyone in the world, no matter what their life was like the past 7 days, ends up being almost exactly the same the next 7 days! Every 7 times the Sun rises and falls most of the world’s population hits the “replay” button on their life and continues repeating the same pattern/schedule like a skipping record for their entire existence. The worst part is that we have been so indoctrinated into the week (weak) system that every little facet of modern society from schools, to paychecks, to TV programs, are irreversibly locked in.

“‘Blue Monday, how I hate blue Monday,’ is how the old Fats Domino song began. Why is that? Because, of course, that is the first day of the five day work week. Fats Domino must have had some clue about time killing us, otherwise it wouldn’t have to be blue Monday. So Monday through Friday, for most employed people, as well as schools and public and government institutions, is the work week. Then comes Saturday and Sunday, the week end. The work week is ruled by the clock, which is why it is also referred to as 9 to 5. So Saturday and Sunday should be soul time. But is it? Well a little bit. There is Sunday church, maybe an hour or so for the soul. Or maybe Saturday synagogue. But what is it really about, these weekends? It’s about killing more time. It’s sports and entertainment. It’s football, and basketball and baseball. Big time. If you are in the rest of the world it’s soccer. Very big time. If it weren’t for television, this stuff wouldn’t be so big. But it all goes hand in hand. Television, the week end, and big time sports. It is all a part of the same thing. I know, maybe you don’t do that . Maybe you do something else. You go skiing or windsurfing. Maybe you go to the movies. Or you go dancing, or maybe gambling down at the casino. Or you watch the Discovery channel. Or you take a self-help workshop. It doesn’t matter, because, then it is going to be Monday again and the whole

sequence repeats. The point is your whole show, the time of your life, does reduce down to this weekly pattern. And it is killing you. You are putting your soul in a seven-day strait jacket. When the soul suffocates you only get more bored and need more distractions. Do you see what’s going on? You are hardly even alive. Because it’s your soul that really lives, and if you are not giving your soul the time it needs, then time is killing you. That means the time of the calendar and the clock that is embedded in your mind. But you are now becoming aware of it. That is a great first step. You can now say ‘I admit that I was powerless over the time I have blindly accepted all of my life.’” -Jose Arguelles, “Stopping Time” (10) 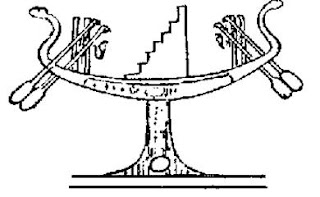 One ancient secret society symbol often found on clocks and watches is the Anchor. The shape of a typical ship’s anchor is actually two Egyptian hieroglyphs put together. The top part of the anchor is shaped like a cross with a circle at the top, is the Egyptian “ankh” hence the name “anch-or.” The bottom is shaped like the Egyptian boats of the dead which carried souls during the afterlife. Two words are often written under the anchor symbol on clocks as well – “King Time” – likely signifying the Royal/Brotherhood manipulation of time. 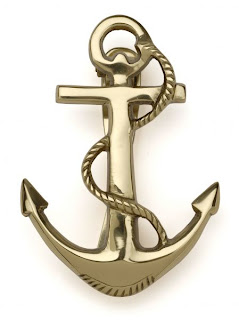 The word “calendar” comes from the Roman/Latin, “calends,” which was the name of the account book, the book recording monthly debts and bills to be paid. The first day of each month in the early Christian “Julian” calendar was called “calends” and that was when you had to pay your bills and debts. A quick look at the calendar will present some oddities even to the casual observer. September means seven, but is the ninth month; October means eight but is the tenth month and so on. March is named for Mars, the Roman God of War, and July and August are named after Roman Emperors Julius and Augustus Caesar. The calendar we use is called the “Gregorian” after Pope Gregory XIII.

“Yes, before it was known as the Gregorian calendar, it was called the Julian – after Julius himself. Turns out the Romans had a very faulty calendar of only ten months. And Julius, wanting a way to make a permanent change from republic to empire, with himself as the first emperor, decided to change the calendar. So to make the change during the year 46-45 BC, Julius had to have a year 445 days long. Understandably that was known as the ‘year of confusion.’ Julius didn’t live beyond the ‘ides of March’ of the year 45 BC when he was assassinated for what he had done. But the empire prevailed. Julius was followed by Augustus Caesar who made a further change in the calendar. He saw that Julius had changed the name of the month ‘Quintilius’ to Julius (July), so Augustus changed the next month ‘Sextilius’ to Augustus (August). Not only that, Sextilius only had 30 days, while Julius had 31 days. Augustus wanted to make his renamed month, August, as long as Julius’ month. So what did he do? He took the 29th day off February, already the shortest month, and added it to his month. That is why August, like July has 31 days, and February only 28. So that is how the calendar began. Despotic motives, imperial pretensions and confusion. The Christians began using the Julian calendar around 321 AD, when they added the seven day week to it. The seven day week was borrowed from the Hebrew lunar calendar. The Jews borrowed the seven day week from the Babylonians. The seven day week never correlates perfectly any of the months except when February 1 might fall on a Sunday, then there will be four perfect seven day weeks in one month.” -Jose Arguelles, “Stopping Time” (17)