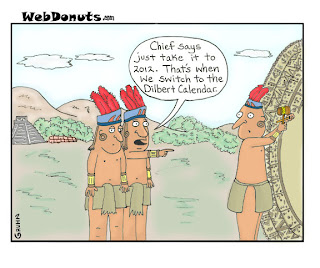 Most folks who are waiting for some kind of an event to transpire on the 21st of December 2012, Winter Solstice, would be utterly disappointed to see it turn out to be a total nonevent contrary to what some doomsday prophets and major Hollywood productions suggest. The galactic alignment does not mean the world is coming to an end, perhaps it marks the beginning of a new cycle of time.

The Maya never spoke of any end of the world scenario. The Maya message for the future is about the evolution of man to something which will be more resonant with the higher vibrations of light. The Maya Long Count Calendar end date is erroneously assumed to be the end of the world. This shift is a process and not something to wait for to happen on a certain date …. instead we must raise our own frequency now … co-creating, birthing a new world !