WILL AMERICANS RECEIVE A MICROCHIP IMPLANT IN 2013 PER OBAMACARE? 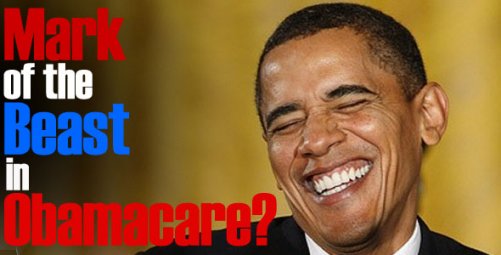 July 23, 2012
A major news story broke on AOL and countless other mainstream news media outlets, this past week, that the Obama Health Care Bill will require all U.S. citizens and babies to receive a microchip or Medchip by March 23, 2013.
Whether or not the microchip requirement in the bill is implemented by 2013, remains to be seen.
In 2010, my book “Are You Ready for the Microchip?” was released, and I asked the question,

“Is the microchip implant hidden in the Healthcare Bill? Are newborn children starting in 2013 going to receive a microchip shortly after birth?”

Then in the book, I wrote, “In the massive US HEALTHCARE BILL, which your elected representatives voted for without reading, there is a section titled: Subtitle C-11 Sec. 2521 – National Medical Device Registry which states:

“The Secretary shall establish a national medical device registry (in this subsection referred to as the ‘registry’) to facilitate analysis of postmarket safety and outcomes data on each device that ~ ‘‘(A) is or has been used in or on a patient; and ‘‘(B) is a class III device; or ‘‘(ii) a class II device that is implantable.”

The language is deliberately vague, but it provides the structure for making America the first nation in the world that would require every U.S. citizen to receive an implanted radio-frequency (RFID) microchip for the purpose of controlling medical care.
A number of states like Virginia, have passed “stop the mark of the beast legislation” in an effort to stop this kind of legislation.
As with numerous other things that I have written and spoken about based on solid documentation, I am regularly challenged by some, and especially those in the Christian community, who are clueless about what is going on.
Their criticism has never prevented me from presenting the facts, because I never take a poll about what I write or speak on. A Christian is called to speak the truth in love, whether or not it is accepted. I am not trying to disparage any ministry, but I don’t determine what I say based on whether or not it is “seeker friendly,” or popular. The only issue is, is it true and is it wise to communicate it at that particular time?
. 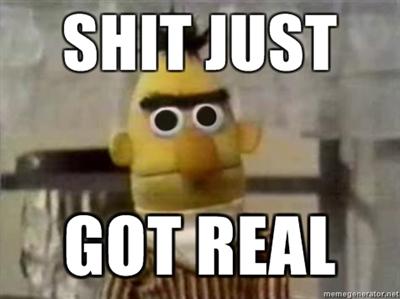 There are many things that I could say, but don’t, because there many people in our nation who, when confronted with a truth that is outside the box of their socially engineered consciousness, go into cognitive dissonance.
As the microchip implant moves closer day by day, along with the “manufactured crisis” of illegal immigration, the problems of states like Arizona are creating an environment where Senators Charles Schumer (D-NY) and Lindsey Graham (R-SC) are moving legislation forward that would require all U.S. workers, citizens and resident alike, to obtain and carry a National Biometric ID Card in order to work within the United States.
It does not matter where you stand on the issue of amnesty or immigration; everyone is going to have to have a National Biometric ID Card that will eventually contain an RFID transmitter which will allow Big Brother electronic data bases to track all of your personal information. It is a simply a national ID card under another name. The national ID card will transition into a microchip implant, because that is technically more efficient.
All of this which is about to happen very soon, is just the tip of the iceberg.
President Ronald Reagan refused to pass what he called this “Mark of the Beast” legislation. In my book, “Are You Ready for the Microchip?” I examine the careful wording in the Health Care Bill which calls for a Med-Chip and a microchip implant.
It was never hidden; it is simply Republican and Democrat, along with our corporate-controlled and Orwellian media, who deliberately chose to ignore it.

The Bilderberg Group gave orders to microchip the entire U.S. population and then the world. Before the Health Care Bill was passed, the target date was set for the year 2013, when every baby born in the U.S. will receive a microchip at birth.

Many are attacking President Obama for this, but although it is the Obama Health Care Bill, the microchip plan was created decades ago and put onto the fast track by the Republican Administration of President George Bush and his allegedly “born-again” Attorney General, John Ashcroft, after 911. It seems Ashcroft was more concerned about covering up the breasts of a Lady Liberty statue in the hallway of the Department of Justice, than he was about protecting our Constitutional liberties, which include the freedom of religion.

Unfortunately, Evangelical Christians make excellent political pawns because they focus on secondary issues, rather than the important issues.

This is because Evangelical Christianity in America today does not have a truly Biblical worldview. I truly do not want to sound unkind, but the historical reality is that Evangelical Christians have played the part of what Lenin called “useful idiots.” Obviously, this is not what God planned for His people. But, by rejecting a Biblical worldview, the Scripture, “My people perish for lack of knowledge,” is fulfilled.

The majority of Evangelical Christians in America have a very superficial faith as a result of what they are being taught in many of their churches and seminaries.

In addition, any microchip technology could be activated with enhanced controls after it is implanted.

So what starts out as a simple microchip implant could become a technology where at some future time, you must worship the Antichrist as God, and reject Jesus Christ as Lord in order to participate in the economic system. The built-in and evolving capacity of microchip technology makes this a dangerous possibility.
. 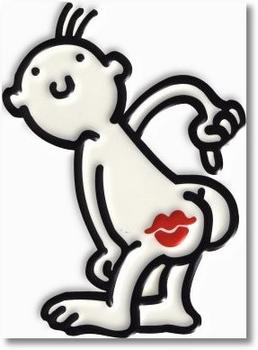 In the final analysis, the simple act of accepting the implantation of a microchip for medical reasons appears harmless on the surface. However, there is no guarantee that once it is implanted, that it will not be activated for mark of the beast technology. This is the danger and challenge that lies before us.