2 Crazy Notions ’til Christmas: The Christmas tree bailout of ’11 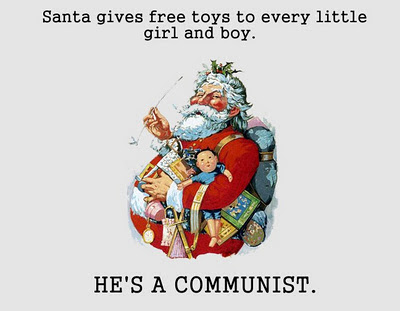 On November 10, Infowars announced a “15-cent stealth tax on all fresh Christmas trees”, which would apply to Christmas tree sellers who move more than 500 trees per year. And as with all federal stealth taxes, the consumer will end up paying “double or triple the levy”. That’s 45 extra cents for your tree, people! 45 cents! It’s like the New World Order is breaking into your home at Christmastime and raping your pockets!

Oh wait, never mind. The very first link in the article itself reveals that the Obama administration squashed the crippling tree tax.

But that doesn’t mean there wasn’t a pizza bailout of ’11! Dairy lobbyists got the ball rolling on that one, but author Patrick Henningsen expects “pizza lobbyists” to be demanding bailouts on a regular basis from now on.

I don’t know if there are any pizza lobbyists, but I do know that one young American couple of my acquaintance owns a Domino’s franchise. They’re just the kind of hard-working, middle-class, salt-of-the-earth people that Alex Jones continuously praises. Perhaps because of that pizza bailout, they get to stay in business and continue raising their family.