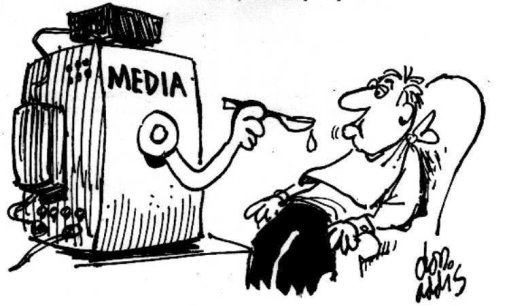 The American dream
April 12, 2012
If the talking heads on television don’t tell us about somethingthat happens, does it make that event any less real?
Of course the answer to that question is quite obvious, butunfortunately way too many Americans allow their realities to be defined by whatthey hear from the mainstream media.  Way too many people use phrases suchas “if that was true I would have heard about it on television” todeflect conversations that are starting to become uncomfortable.
Critical thinking is a skill that is in short supply in Americatoday, and most Americans seem content to let their televisions do theirthinking for them.
Sadly, the pretty people on television do not spend a lot oftime talking about the things that are truly important.  Instead, theylove to talk about the latest celebrity scandal and they love to divide peopleinto groups and get them fighting with one another.
In this day and age, it is absolutely critical that we all learnto think for ourselves.  The talking heads on television are concernedwith keeping their bosses happy and with keeping the ratings up.  Most ofthem are not really concerned about what happens to you.  They just wantyou to keep watching them so that they can continue to earn their inflatedsalaries.
Unfortunately, most Americans seem perfectly content with the”infotainment” that they are getting from the major news networks, somajor changes to the mainstream media are not likely to happen any time soon.
For those wanting something different, you will have to seek outalternative sources of news (such as this website) that are willing to discussthe truly earth shattering events that are continually taking place all overthe globe.

So what are some of the things that the mainstream media hasbeen ignoring?
The following are 19 things that the talking heads on televisionhave been strangely silent about:
#1 STRANGE THINGS HAPPENING ON THE SUN

A lot of really weird things have been happening on the sunlately.  For example, recently there was a tornado on the sun that was fivetimes larger than the earth.  The following is how this solar tornadowas described by arecent Wired article….

Overthe course of three hours, this behemoth reached up from the sun’s surface to aheight of 125,000 miles, or roughly half the distance between the Earth and themoon. The hot gases were whipped up to nearly 186,000 miles per hour. Incomparison, the wind speed of terrestrial tornadoes generally reaches a paltry100 miles per hour.

Fukushima has turned out to be the worst nuclear disaster inhuman history and it is far from over.  In fact, there is still thepotential that an earthquake or an explosion could cause the crisis atFukushima to become far more dangerous than ever.  In fact, some officialshave even discussed the possibility of evacuating Tokyo if a worst casescenario plays out.
Mitsuhei Murata, a former Japanese ambassador to Switzerland, wrotethe following in a March 25th letter to UN Secretary General Ban Ki-moon….

Iwas asked to make a statement at the public hearing of the Budgetary Committeeof the House of Councilors on March 23. I raised the crucial problem of N0.4reactor of Fukushima containing 1535 fuel rods. It could be fatally damaged bycontinuing aftershocks. Moreover, 50 meters away from it exists a commoncooling pool for 6 reactors containing 6375 fuel rods!

It is noexaggeration to say that the fate of Japan and the whole world depends on NO.4reactor.

Thisis confirmed by most reliable experts like Dr. Arnie Gundersen or Dr. FumiakiKoide.
Pleaseallow me to inform you of an initiative being taken by a former UN official whois endeavoring to have the Nuclear Security Summit take up the crucial problemof N0.4 reactor of Fukushima. He is pursuing the establishment of anindependent assessment team. I think his efforts are very significant, becauseit is indispensable to draw the attention of world leaders to this vital issue.

So just how serious is the threat posed by the spent fuel poolat reactor number 4?
Well, just check out the followingassessment from a Japanese news source:

Oneof the biggest issues that we face is the possibility that the spent nuclearfuel pool of the No. 4 reactor at the stricken Fukushima No. 1 Nuclear PowerPlant will collapse.
Thestorage pool in the No. 4 reactor building has a total of 1,535 fuel rods, or460 tons of nuclear fuel, in it and the storage pools are barely intact on thebuilding’s third and fourth floors. If the storage pool breaks and runs dry,the nuclear fuel inside will overheat and explode, causing a massive amount ofradioactive substances to spread over a wide area.
Theworse-case scenario drawn up by the government includes not only the collapseof the No. 4 reactor pool, but the disintegration of spent fuel rods from allthe plant’s other reactors. If this were to happen, residents in the Tokyometropolitan area would be forced to evacuate.

ED:Those of us on the North American West Coast would also be in danger fromradioactivity as well. Several people have already asked me about my own plansfor survival should this nightmare scenario take place.
#3 MOUNT FUJI IN JAPAN ABOUT TO ERUPT?

Mount Fuji in Japan had been dormant for about 300 years, but inrecent months there have been a lot of signs that the volcano is wakingup.  If Mount Fuji were to experience a full-blown major eruption,millions of Japanese could potentially die and the Japanese economy wouldimmediately collapse.
The following is from an article that was recently posted on TheExtinction Protocol:

Reportsare appearing about unrest and signs of a possible awakening of Mt Fuji volcanoin Japan. According to a report which includes an unclear photo of the area, arow of new craters, the largest 50 m in diameter, has appeared on the easternflank of the volcano at 2200 m elevation. Steam was observed erupting fromthese vents. The observation joins other signs suggesting a gradualreawakening: A swarm of earthquakes including 4 of magnitude 5 have occurrednortheast of Mt Fuji on and after 28 January. An earlier 6.4M quake occurredunder the volcano on 15 March 2011. The report also mentions increased activityfrom a fumarole vent at 1500 m elevation and hot spring areas at the easternflank observed since 2003. These locations seem to be aligned geographically,and are probably connected. Dr. Masaaki Kimura of Ryukyu University is quotedto admit that there is an increased risk of an eruption on the eastern flankand that the status of the volcano should be closely monitored. 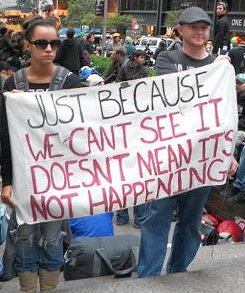 All over the world major volcanoes are showing signs of awakening.  Weare especially seeing a rise in volcanic activity along the “Ring ofFire” that encircles the Pacific Ocean.

According to Reuters, globalfood prices have risen for three months in a row and are rapidly approachingrecord levels.  The food riots that we have seen in the developing worldduring past summers could be even worse this year.

Credit rating agency Egan Jones downgraded the credit rating ofthe United States from AA+ to AA last week. There was barely a peep about this on the major news networks.

The Obama administration is giving the IRS 500million extra dollars “outside the normalappropriations process” to help them implement the provisions of Obamacarethat they are in charge of overseeing.

#8 GO TO JAIL IF YOU OFFEND SOMEONE ON THEINTERNET IN ARIZONA?

A proposed law in Arizona will actually make it a very seriouscrime toannoy or offend someone on the Internet.  So if youlive in Arizona, you might want to be very careful about what you say if youleave a comment at the end of this article.

#9 PASSPORT SUSPENDED FOR NOT PAYING TAXES?

A bill currently going through the U.S. Congress would allow thefederal government tosuspend your passport if you have unpaid taxes.  Ifyou are not able to pay the taxes that you owe, you could end up stuck in theUnited States indefinitely.

#10PREPARATIONS FORWAR IN THE PERSIAN GULF

A secondU.S. aircraft carrier is on the way to the PersianGulf.  Tensions with Iran continue to increase, and over the past severalmonths there have been all kinds of signs thatmilitary preparations are being made for an eventual conflict.

Large numbers of birds, fish, dolphins and whales continue todie all overthe globe and scientists do not have any explanation for why this ishappening.

During 2011, the U.S. Federal Reserve bought approximately61 percent of all U.S. debt that was issued according to an article in theWall Street Journal.  Federal Reserve Chairman Ben Bernanke promised thathe would never monetize the debt, but that is exactly what he is attempting todo.

Enormous sinkholes continue to open up all over theplanet.  For example, a mammoth 200foot wide sinkhole recently opened up near a town in Sweden.

As I have written about previously, we have seen a substantialincrease in the numberof major earthquakes around the globe in recent years.  So farin 2012, we have seen four earthquakes of greater than magnitude 7.0, and all four of themhavebeen along the “Ring of Fire”.

Scientists are acknowledging that there has been a huge increasein the number of earthquakes in the center of the United States, but they areblaming this increase on fracking.

All over the planet, people are hearing strange noises in thesky.  People have come up with all sorts of theoriesand explanations for why they are happening, but so far themystery has not been solved and reports of these strange sounds continue topour in from all over the globe.

So far in 2012 the United States has had a very unusual numberof tornadoes.  In fact, so far we have seen abouttwice as many tornadoes as usual. The 2011 tornado season was one of theworst ever, and the 2012 tornado season could end up being even more traumatic.

A few weeks ago, Barack Obama signed an executive order thatwould allow him to take control of all food, all energy, all health resourcesand all transportation resources.  This was an update to an old executiveorder, but the Obama administration made a change that would allow Barack Obamato do this evenin “non-emergency” situations. Sadly, the talking heads on television were strangely silent about this. 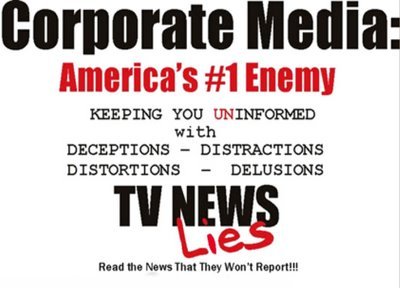 The world that we live in is becoming increasingly unstable.
The political order is being shaken, the financial world isbeing shaken, the social fabric of our society is being shaken and even theground under our feet is being shaken.
Previous generations never had to deal with a world that waschanging at blinding speed.  The rate at which things are moving is almostunimaginable, and it just seems to keep accelerating with each passing year.
We are privileged to live during one of the most exciting timesin human history, but it is also likely to be one of the most dangerous timesin human history.
The talking heads on television are going to keep telling usthat everything is going to be okay and that everything will “return tonormal” very soon, but that simply is not going to happen.
Our world has reached a critical juncture, and a time of greatshaking is at hand.
So what do you think is going to happen next?