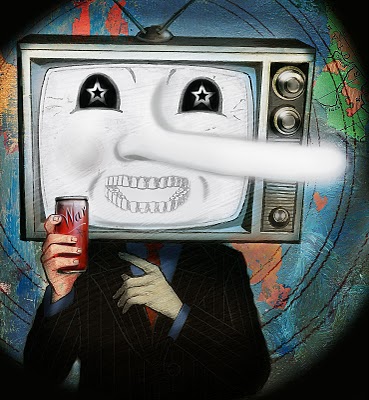 There are very real conspiracies in the world, and those conspiracies are always conducted by people “in the know” against those who are ignorant or naive of backroom machinations.

Missing from the list is an important action we can all take. The art of the teachable moment. Never miss an opportunity to just drop things into every day conversation and see what happens. Draw attention to those nasty chemtrails to the guy carrying your groceries. Drop in a line in a conversation anywhere and anytime and just see where you can take it.

Past slavery was largely based on force (thus was much more obvious), but modern-day slavery is actually more widespread because global slave masters use all of the scientific tools at their disposal to win hearts and control minds, convincing us that our hands and feet are free, so we must be living self-directed lives.There are signs that the mind-pyramids that technocrats have built to enforce their 21st-century global plantation slave system are crumbling as they press harder upon our cognitive ability to make sense of words and actions.

The owners of the shoulders on which the structure of tyranny is supported are beginning to leave in droves. The pyramids are falling as slaves begin to recognize their unconscious effort, and consciously encourage others to find a different line of work.Here are 10 ways that you can help collapse all of the pyramids of control. 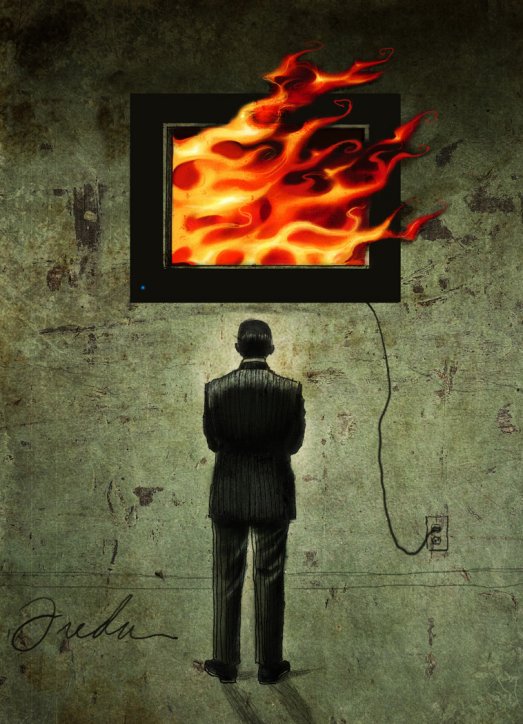 Information is knowledge and knowledge is power ~ this is where it all starts.  Turn off the TV, stop passively receiving information that turns you into an idiot at the teat of the “idiot box.”  Get creative: start a blog, a neighborhood newsletter, radio show, public access TV or YouTube channel, write encouraging letters to companies you appreciate and nasty ones to those you boycott; DO something; anything to increase awareness.
Homeschooling is another great way to help short circuit the negative influences of systematic programming. Even if you don’t agree with homeschooling, or are not able, there are concepts that you can help introduce into your public schoolto enhance education.
Intelligence ~ there are technologies to thwart constant surveillance, as well as low-tech solutions to high-tech tyranny. The Internet is being used to surveil the public, but it also provides an opportunity for the public to surveil and report the real criminals. Use the system against itself.

Why do tyrannical systems always move to declare methods of independence such as farming, vitamins, raw milk, and natural medication like cannabis as underground contraband systems that threaten the health of society?  Clearly because this is a cornerstone of freedom.

Learn to make your own medicines, trade on the underground, support other states (and countries) who have embraced food freedom, and stand your ground by forming local community resistance against food and health tyranny.  Moreover, simply making your mind and body stronger by pursuing what is natural and healthy will give you more power to challenge the system in every other way.

Support true economic development and pursue open source solutions to all technological problems that can affect humanity on the widest scale. These are the technologies that have been suppressed in the past, their creators destroyed; but now there are too many people pursuing goals to free humanity.
Embrace innovation and technology, but only as it leads to self-empowerment, self-determination, and genuinely helps the human and environmental condition. There are reportedly many free-energy patents being kept from the public.

These technologies can’t be kept secret forever as long as the Internet remains free and open. Support all efforts to maintain Internet freedom and the right to pursue innovation.

Always be willing to adapt and move.  The structure of tyranny might be global, but there are always pockets of freedom that tyranny ignores ~ normally based on economic interest.  Become adaptable; don’t buy into the “American Dream” of having possessions to define your self-worth.
Once you discard the unimportant things, look for specific towns, states, or countries to escape economic declineand those which promote freedom.

It’s a difficult decision to pick up and move, especially when extended family comes into play, but discuss your ideas and the evidence for your concerns openly and honestly, and be the first to pioneer the building of a new future ~ if things begin to collapse in earnest, you will soon be sought after by those who once doubted your “crazy” reasoning.

5. PREPARE FOR THE WORST

Along the same lines as being mobile and flexible, make sure that you store enough supplies to get through a few months or more of tough times.  The current system relies on your dependence and they can easily control those who live just-in-time lifestyles.

Most people don’t realize how much they “need” the system until something like a blizzard knocks out their power and wipes out the grocery store shelves.  It’s wise to store back-up food, have the ability to produce food, gather tools and other items needed during power outages or other disasters, and actively pursue any and all other survival prepping and self-sufficiency techniques.

This is a moral decision based on the information that much of what was created to be a “loan” was based on a predatory system.  As they say, ignorance of the law is no excuse, and that is duly noted, but when confronted with an enemy that has deliberately contrived devious ways to steal productivity and the fruits of honest labor, then the principle of justifiable self-defense is invoked.

Forget about your credit score; it is the invisible chain that keeps you in prison.  Refuse to pay debts that you know were fraudulently imposed. Remember, the banks never had the money they “lent” to you in the first place; they created it out of nothing to buy your servitude. If you are hesitant to simply quit paying the criminal banks, then learn how to reduce your exposure to all debts. 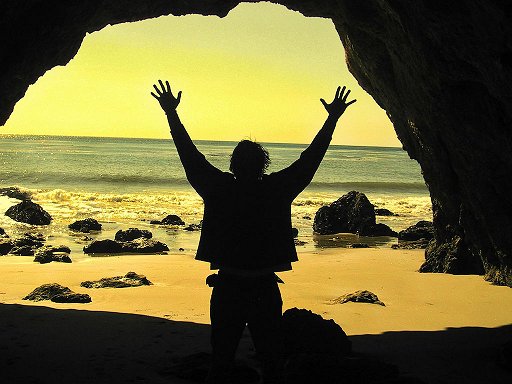 We have seen economic collapse taking down countries like dominoes across the third world, and now the first.  These money junkies cannot and will not stop.

It is up to us to develop systems which permit us to completely withdraw our support for the current system and shield us from manipulated collapses.

This may be the most productive way to break free from modern slavery; whether it’s switching to local credit unions, storing precious metals instead of cash, engaging in barter systems or using alternative currencies, or supporting full-blown monetary reform.

Learn as many skills outside of your day job as possible.  This can be as simple as giving more attention to your hobbies like fishing, hunting, gardening, painting, blogging, tinkering on cars, building things, sewing, cooking, etc. Whatever useful skill you’re most passionate about, learn more about it, become an expert at it, and acquire the necessary tools to start a side business with it.
By doing this, you’ll reduce the dependence on your job and find much more fulfillment in life.

Remember,skills are the only form of wealth that can’t be taken from you.

Additionally, form clubs or partnerships with your neighbors and share your skills and tools to form a stronger community that will be resistant to whatever the systems of control throw your way.

Activists have enjoyed many recent victories through boycott, most notably the rapid removal of “pink slime” meat from major supermarket chains following public outcry once they became aware of the product.  It goes to show that the public still holds the power over corporations, but the masses must be educated before they’re moved to action.
Not you though.  Readers of this post know exactly what companies to boycott and why.

Start living your principles and follow through on your knowledge.  Voting with your dollars DOES work, but not if the aware crowd refuses to do it.

Taxes are the most controversial of all ~ the one that catches the most flak, so the one that must be most directly over the target.

How do you feel knowing that money is extracted from you by force to be injected into systems around the world that create violence, rip apart cultures, and put us on a path of complete annihilation and self-destruction?

This is slave-like thinking in its highest form of denial.
No Constitution of any country anywhere in the world openly recognizes that it is lawful to forcefully extract money you have earned enslaving you for life to kill others with it, upon penalty of imprisonment.
It’s the final chain to be broken, and is admittedly the thickest.  But how can a machine be built without the funding to build it?
The entire prison system we see around us has been built with our own money.
Did you authorize it?

Did you authorize the preemptive wars, bank bailouts, corporate subsidies, the high-tech surveillance grid that enslaves you?

Significantly, these are all things you can do on your own.  You don’t need to influence politicians, or ignite a mass protest, or wait for an uprising.  There is no cavalry coming.

You are the change you seek.
Get out there and become more self-reliant
and the system will lose its grip on you.
If enough of us do this,
the system will fall apart by its own unsustainable making.

Refuse to be a slave today and unchain others by sharing this article and implementing the tips on this list.

Is there anything you can think of that is missing?  Please offer your own guidelines for freedom in the comments section below.