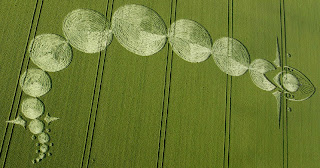 ‘The Winged Rattle Snake Crop Circle’ was reported at Milk Hill, Wiltshire on the 25th of June 2012. Quite interestingly, The Pleiades were seen as Tzab, the tail of the rattlesnake by the ancients. In 2012 the Rattlesnake Constellation will come into alignment with the planet Venus. This alignment marks the end of the Cherokee calendar, and the beginning of Time Untime. 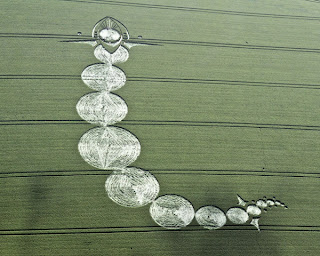 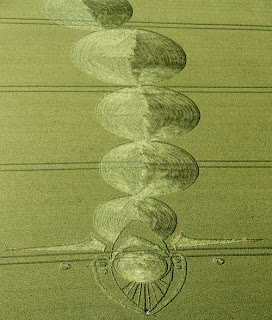 The Rattlesnake Prophecy is the physical sign in the sky that the End Time is upon us.

” The solstice-galaxy alignment was conceived as the union of the male principle (December solstice sun) with the female principle (the Milky Way’s center). The region of the Milky Way that the solstice sun will unite with contains not only the nuclear bulge of the Galactic but also a “dark-rift” feature caused by interstellar dust. The modern Maya call this dark-rift or Great Cleft the xibalba be — the Road to the Underworld. This feature is the key to understanding the rebirth metaphor of the 2012 end-date, for it was also conceived, in Maya symbology, as the birth canal of the Great Mother (the Milky Way). The sun is reborn daily at dawn, yearly at the December solstice, and, in terms of World Ages, on December 21, 2012 — when the December solstice sun aligns with the Galactic Plane, which is the precession cycle’s “finish line.” (by Dawn Abel, September 2005, from MayaMysterySchool) ”