WILL CHINA CHOOSE RUSSIA OR AMERICA IN THE COMING WAR? 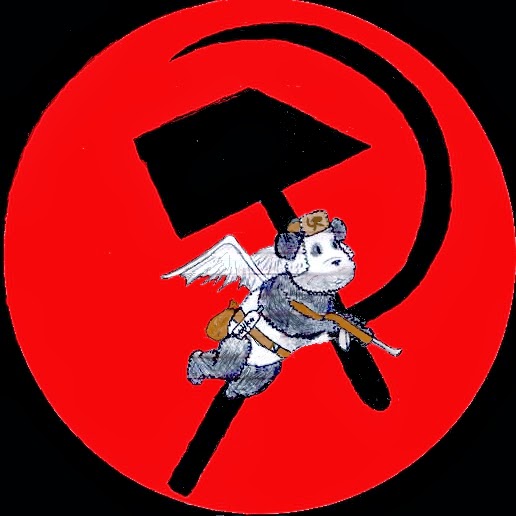 When war breaks out between the United States and Russia, which side will China support? Make no mistake about it; China is the 800 pound gorilla in the room that cannot be ignored. Whomever, the Chinese throw their support behind in the upcoming war between the US and what is left of NATO, will be the likely winner.
Asking the correct questions holds the key to making the correct assessment with regard to who China will militarily support. China knows that in today’s world, they cannot militarily defeat either the Russians or the United States, individually. However, the Chinese have positioned themselves to determine the ultimate winner.
CHINA’S MAIN MOTIVATION
Following the 1944 Bretton Woods agreement, that established the dollar (i.e. the Petrodollar) as the world’s reserve currency, the dollar immediately became the second best invest long-term investment on the planet, next to the actual owning of gold. Subsequently, when the Chinese made the decision to purchase US debt, it had to appear to the Chinese that they were purchasing a sure thing which would return untold amounts of wealth.
What the previous generation of Chinese leaders did not foresee was that the US would purchase themselves into such a quagmire of debt, and would someday cause the US to be on the verge of committing economic suicide. The Chinese have come to realize that they have purchased a declining asset.
Twenty five years ago, if the Chinese financial planners could not have foreseen that the US would be 17 trillion dollars in debt, have an unfunded mandate liability (e.g. social security, Medicare, etc.) of 240 trillion dollars and would have assumed the liability of over one quadrillion dollars of credit swap derivatives debt that resulted in the “need” for the bailouts. If they had, the Chinese would have run from the dollar a long time ago and then would have moved into to clean up after the coming crash of the dollar occurred. In short, the Chinese failed to anticipate that the US would commit financial suicide in slightly more than a generation.

THE CHINESE ADJUST
About a decade ago, the Chinese government made a mid-course correction and began to acquire massive amounts of gold. The Chinese further set up a bilateral agreement with India to not trade with each other by using the dollar and dealt in gold as a result.
Just five weeks ago, even the ultraliberal MSNBC revealed that the Chinese are internationalizing their Yuan through their gold holdings.
Is the midnight oil now burning in the Pentagon? This means war. This economic manoeuvre by the Chinese represents a complete move away from the dollar.
Things have moved from bad to worse. This Chinese action was followed by the BRIC nations making the bold move of purchasing Iranian oil in gold instead of using the Petrodollar as the Chinese began to make the move away from their over-reliance on owning US debt. This set up the US vs. Syria/Iran conflict. The answer on who China will support in WW III has been solved because the following question has been answered.

Do the Chinese want to control much of the world’s worthless reserve currency, which is in full decline, or, would they rather own the actual resources that their soon-to-be worthless dollars represents?

THE CHINESE WILL CHOOSE OWNING HARD ASSETS OVER A DEPRECIATING DOLLAR
At the present moment, if the dollar collapses, so does the Chinese economy. What could Putin offer the Chinese in exchange for their military support against the United States?
Putin can offer Chinese President Hu, the spoils of war. America is not broke, not even close. The United States of America is awash in wealth, cash, proprietary assets and an unimaginable amount of mineral wealth.

What belongs to the American people has been transferred, in the greatest theft in world history, from the workers and consumers to the banks and the portfolios of the criminal elite gangsters which control the politicians with insider-trading and outright bribes.

Americans are lamenting that our budget deficit is approaching $17 trillion dollars. Our national debt and deficit is a drop in the bucket compared to the assets that our government controls on behalf of the bankers.
The federal government and its Basel-based bankster puppeteers own the rights to mineral and energy leases, from which they receive royalties, rents, and bonus payments, states the Institute for Energy Research, an industry group. According to their estimates, government states that the assets are worth a very conservative 128 trillion dollars of debt. That’s almost eight times the national debt.

And through the bailout process, who owns controls the assets of the United States government? Why of course, it is the Bastards from Basel.

The Institute for Energy Research states that “These resources could be leased to third parties and could subsequently earn the state and national government  huge royalties, rents, and bonus payments that estimates could total almost $150 billion over 10 years, just for the oil and gas leases alone”.  Then why isn’t this being done? Simple, ask yourself who would lose money if this were to come to fruition? Certainly, not the Chinese and they know it.
THE SPOILS OF WAR DEFINED

As the reader progresses to the end of this article, it is clear that the banksters are in total control and are pushing Putin, Hu and Obama towards the inevitable WW III.

The vast mineral resources of the United States have been promised to the Chinese and they are moving to take possession. For the past three years, many of my military sources and economic analyst contacts tell me that a series of international “inland ports” has been created in conjunction with known mineral rich areas and the control of these areas is increasingly being handed off to the Chinese.
Further, the Chinese military is increasingly being stationed around these inland ports to ensure safety and security of the Chinese investment and its mining and geological personnel. Whoever, in the US government who has allowed this situation to occur is a traitor to the United States.
It looks like the early Soviet defectors who warned us that that the United States would be conquered, first, from within, knew what they were talking about.
Is anyone highly suspicious as to why Michelle Obama is presently in China away from the intense scrutiny of the American media?
What message is she delivering to the Chinese?
Is it terms of surrender.
A timetable for action?
I am a little more than suspicious. 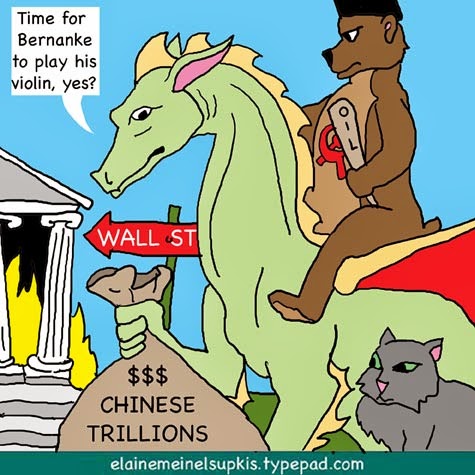 CONCLUSION
The Chinese are clearly in support of the Russians and this alliance has been fermented by the banksters who want the reorganizing that will follow WW III.

For those naive people who view Putin as a hero against the New World Order, your misguided faith in this former Colonel of the KGB/Russian mafia operative, has been exposed.

I must admit that when I sit back and marvel at the cleverness of how the bankers have set the world on a collision course with WW III, I am impressed with their collective intelligence and aghast at their evil in starting a war that will kill millions/billions. The world will never be the same. This country will never be the same.
Some people will undoubtedly feel that they should accept the new reality of a New World Order and will not see the harm in capitulating to, and cooperating with, the coming new management.
If the United States is defeated in the coming conflict, our reorganization will follow some very painful steps and this has many of our military leaders, both past and present shaking in their collective boots.
It now makes sense as to why Obama has felt the need to fire 260+ senior command military officers, particularly in the nuclear weapons program, since his tenure in office began.
The DHS purchasing 2.2 billion rounds of ammunition now makes more sense.
All the FEMA Camp types of legislation makes complete sense as do DHS documents such as the MIAC report which vilifies veterans, gun owners and Constitutionalists as well as Christians.
The international agreements to bring in foreign troops, under treaty, in times of national emergency, or rebellion of the American people, now make more sense as well.
Can anything be done to stem the tide?

If one is pinning their hopes on defeating the combined forces of the BRIC nations, don’t get your hopes up.

What form will the coming economic, political and military collapse of this country follow?
And what will it mean to ordinary citizens will be examined in the next part of this series.
Bookmark the permalink.