Who is Jim Garrow?

A fellow by the name of Jim Garrow has recently become the darling of the U.S. alt media, appearing on Alex Jones, Glenn Beck, Erik Rush, and many other shows. He claims to have been an alphabet agency operative (more on that below), and frequently cites inside sources at the highest levels of American intelligence. They’re all anonymous sources, of course, but they’re such loyal patriots that they’re allowing Garrow to release information you won’t get anywhere else on this planet. Here are just a few of the astonishing things Garrow has revealed to the public in just the past four months:

Are we noticing a theme, here?
If Jim Garrow said, “I know what my next door neighbour gets up to when no one’s looking,” I would be inclined to believe what he had to say without too many questions. But when someone steps forward and announces that he knows what Earth’s most prominent head of state is doing when no one’s looking, I have to ask questions. Such as: “Who exactly are you, dude?”

The answer to that one is complicated. Garrow identifies himself as a doctor, a CIA agent, a businessman, and the founder/executive director of a nonprofit that has saved more than 50,000 Chinese baby girls from infanticide. 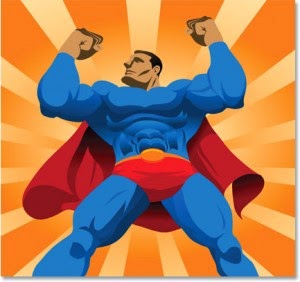 The next obvious question would be, “Does Garrow really do all this stuff?” Let’s break it down:

Garrow claims to have been awarded an honorary doctorate from the North Carolina College of Theology, a non-accredited school that has been called a diploma mill. The “college” offers something it calls “LIFE-EARNED DEGREES” to people who have worked in ministry. To earn one, you need only a high school diploma or a GED, some ministerial experience, and several thousand dollars.

Of course, I can’t say with absolute certainty whether Garrow did or did not work for the CIA. And if he didn’t, he’s banking on that lacuna in our knowledge. Garrow himself will neither confirm nor deny that he was employed by the CIA; he simply says he worked for one of the alphabet agencies from the age of 18 up to October of last year (when he was outed by Obama and Valerie Jarrett).

Garrow will not discuss his business interests in China in any detail, but he has said that his Pink Pagoda operation has over 300 private language schools there, making it the largest chain of English schools in that country. The trouble is, I can’t find out how to enroll in these elite private schools he mentions. The only thing I can find on the Bethune Institute website is enrollment information for a 5-day course for people who want to teach English abroad.
In Canada, Garrow has worked as an educator and administrator at numerous public schools in small Ontario communities. He has a colourful history of fines.

It is this item in Garrow’s wacky resume that troubles me most. I couldn’t find his “Christian charitable organization”, the Bethune Institute, listed on any of the three major charity watchdog websites. Nor could I find Pink Pagoda, the “branch” of the Bethune Institute that somehow involves rescuing babies from potentially homicidal caregivers. There’s a commercial website for Pink Pagoda Girls, Pink Pagoda’s awareness-raising effort, but no nonprofit sites for either charity. That was kinda strange.
Then I noticed a teeny-tiny disclaimer on the bottom of a PPG web page stating – as required by law – that Pink Pagoda Girls is not a nonprofit. Nowhere on the website is the affiliation between Pink Pagoda and Pink Pagoda Girls defined. It is implied that the website was created to draw attention to the actual charity, Pink Pagoda, yet there’s no contact information for Pink Pagoda itself. Are PP and PPG the same thing, then? The Bethune Institute website describes PP as its “charitable arm.”

And it gets stranger. Most microcharities have tightly focused, rather modest goals. They know they can’t save the universe with limited resources, and if they’re honest, they operate accordingly. But the Pink Pagoda Girls website declares that Pink Pagoda is trying to raise a billion dollars to “rescue” one million girls over the next ten years. To give you an idea of how batpoop freaking insane that is, United Way – America’s largest charity – brings in under $100 million a year.

So just what does PP intend to do with all this money, should they actually raise it? The website does not make this clear. From what I gather, PP facilitates adoptions of unwanted female babies. Funds are raised through a sponsorship program, much like the ones run by World Vision and Feed the Children.
I wondered, how are the adoptions arranged? Does PP work with licensed adoption agents? Where are the babies housed before being placed with adoptive parents, and who takes care of them? How, exactly, are donations and sponsorship funds spent?
You won’t find answers to any of those questions on the site. In the section about Garrow’s book, however, you will discover that Garrow was a “reluctant participant in an off-the-books adoption program.” According to the author of the website Research-China, which helps adoptive parents find information about their children, Garrow’s employees operate by going into rural areas and offering families money in exchange for any unwanted babies they happen to have lying around. This isn’t legal in China, so Garrow bribes government officials to keep PP running. He also claims to have the support and protection of China’s president.
There are other big red warning flags all over the website:

I am not the only person who has noticed these red flags. The author of the website Research-China was skeptical about the numbers Garrow was throwing around four years ago. According to him, 34,000 babies would be roughly half the number of all children adopted internationally from China since 2000. How could it be possible for one man to be involved in so many adoptions?

Okay, so Garrow runs a charity that isn’t really a charity. And he’s involved in a baby-buying operation that could be called human trafficking. That doesn’t mean he’s not totally on the level about all the incredible inside information he dishes out, right? Let’s look at the evidence he’s presented for some of his stories:

Here’s how it works: Jim Garrow gets on the air with a host who isn’t likely to challenge him on anything. He says something like, “Obama and Valerie Jarrett outed me as a government agent.” He does not give a source for this information, but he may slyly hint that he’s getting all his intel from one of the three high-level military men that Obama forced out of office for refusing to deploy the EMP weapon (two general and one admiral), or from some other high-level source that he couldn’t possibly name. He has also said that his Chinese private schools are attended by the children of some of the country’s most elite families, so he gets inside info from them, too.

Garrow’s quote goes viral in conspiranoid circles, no one questions Garrow any further because he’s a patriot who would never divulge state secrets, and that’s that.