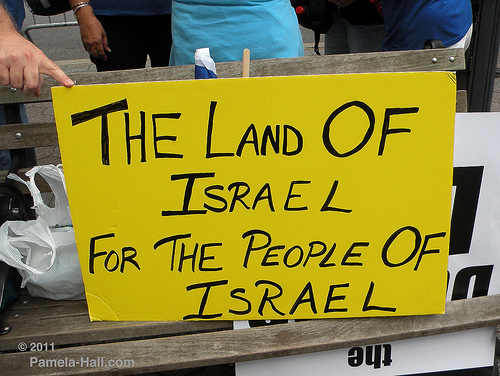 Source: The Ugly Truth
July 24, 2013
Over the past three years, my wife Pennie and I have been working on a documentary film about the Israeli-Palestinian conflict. During our second production trip to the region, one of the many remarkable people we encountered was Uri Davis. He is one of a handful of Israelis who has built a life for himself among the Palestinians of the West Bank. This made him a very interesting subject for our film, which examines the practical and moral failings of the two-state solution.
During our interview with Davis, one of the questions we asked was whether he had encountered any anti-Semitism in the West Bank. The question was motivated by a desire on our part to address a narrative ~ prevalent among American and Israeli Jews ~ which claims that anti-Semitism is an obvious feature of Palestinian culture.
As these two groups are an important part of our target audience, we felt that it was our responsibility to address this perception. Who better to ask about the veracity of this narrative than a Jew living among Palestinians?

Davis answered by saying that although Palestinian anti-Semitism does exist, it is a marginal phenomenon, while anti-Arab sentiment among Israelis is a mainstream phenomenon.

Shortly after the interview, it occurred to us that we could either substantiate or disprove Davis’s provocative statement with our cameras.
We began our survey in February 2011 and completed it in early March. On the Israeli side, we interviewed a total of 250 Jewish Israelis in Haifa, Tel Aviv, Herzliya, Jerusalem and Beersheba. For this part of the survey I conducted the interviews myself from behind the camera in Hebrew.
On the Palestinian side, we interviewed a total of 250 Palestinians in Jenin, Nablus, Ramallah, Bethlehem and Hebron. (Despite multiple attempts, we were unable to procure permission to enter the Gaza Strip.) Here, we collaborated with local journalist Mohammad Jaradat who, using my questions, conducted the interviews in Arabic.
The questions we asked pertained to a number of sensitive political topics and the idea was to get people to talk long enough to detect if there was any racism at play in their answers. In sociological terms, we were engaged in qualitative analysis, but unlike typical qualitative interviews, we spent minutes, not hours with our subjects.
Our survey is not exhaustive and our method was very simple. We went to public places and asked people to talk to us on camera. In designing the questions, I set out to distinguish actual racism from conflict-based animosity. That is, to allow for the possibility that Israelis might exhibit animosity towards Palestinians without being racist and to allow the same on the Palestinian side in reverse.
The very first question we asked of Jewish Israelis was the extremely broad “What do you think about Arabs?” It is only reasonable to expect that people who harbour anti-Arab sentiment would mask their feelings when answering such a direct question on camera. Most people responded to this question with some variation of “They are people,” although we were surprised that a sizable minority used the opportunity to launch into anti-Arab diatribes.
One of the most disturbing trends that we noticed was the strong correlation between age and anti-Arab sentiment. The majority of Israeli teenagers that we spoke to expressed unabashed and open racism towards Arabs. Statements like “I hate them,” or “They should all be killed” were common in this age group.
When looking over the data, we divided the respondents into three groups: those who were neutral about Arabs; those who were positive about them; and those who expressed negative attitudes. Amongst the responses, 60 percent were neutral, 25 percent negative and 15 percent positive.
. 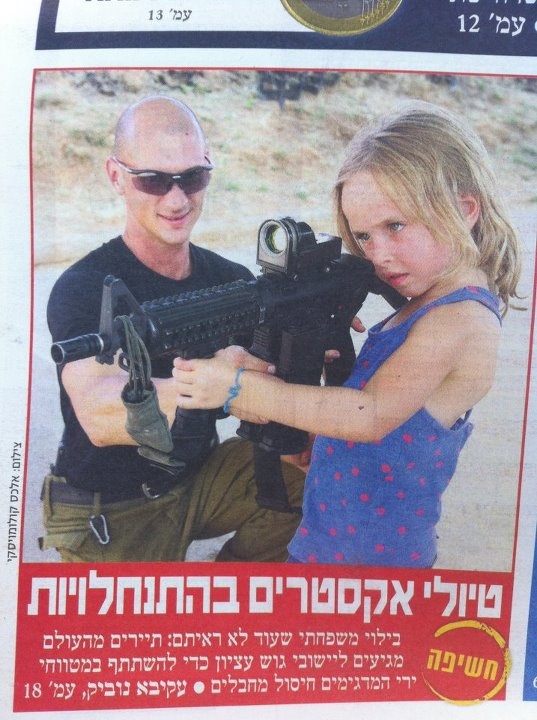 Rights misunderstood
Interestingly, some of the same people who answered the first question by saying that Arabs are people, went on to say that they wouldn’t be willing to live next door to them. Internal inconsistencies of this nature cropped up in many of the interviews and it is for this reason that we reserved our overall judgment on the prevalence of anti-Arab sentiment until all of the answers were tabulated. Our results show that 71 percent were willing to live next door to Arab neighbours, while 24 percent were unwilling. Five percent failed to answer this question with either a “yes” or a “no.”
It should be noted that the Israel Democracy Institute received dramatically different numbers in response to the above question. In its 2010 survey, it found that 46 percent of Jewish Israelis were unwilling to live next door to an Arab. The implication of this discrepancy is that our survey sample was much less anti-Arab than the population at large.
When it came to equal rights, a clear majority of our respondents answered that they felt it was important for Arab citizens of the state of Israel to enjoy equal rights. Upon review of the data, one of the significant trends that emerged in these answers was the recurrent use of the phrase “rights and responsibilities.”

Many people openly resented the fact that most Arab citizens of the state don’t perform military service and argued that Arabs should only have equal rights if they are held to the same responsibilities as Jews.

This response demonstrates a profound misunderstanding of the very concept of rights, but it was prevalent enough that we felt it justified its own category. We called this category “conditional.” Of these responses, 64 percent were in favour of equal rights, 16 percent were opposed and 20 percent were in favour of conditional rights.
Once again, we saw a clear discrepancy from the Israel Democracy Institute numbers, which showed that 46 percent of Israelis were opposed to full and equal rights for Arab citizens of the state.
. 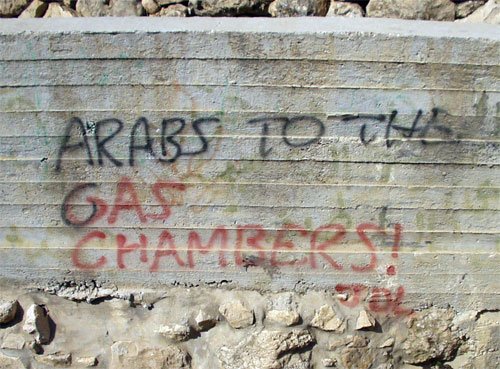 Democracy for Jews only?
Israel defines itself as a “Jewish democracy” but we were interested in discovering which part of that definition is more important to Jewish Israelis. We went about doing this by asking:

“What’s more important: that Israel be a Jewish state or a democratic state?”

“What do you think about the settlers? Are they an impediment to peace?”

We broke the responses down into three groups: those who were neutral about the settlers; those who were positive about them; and those who expressed negativity. In this instance, answering “yes” was taken as evidence of negative feelings towards the settlers, answering “no” without qualification was taken as a neutral stance and answering “no” followed by something like “they are the heroes of the Jewish people” ~ a phrase that we heard a number of times ~ was taken as evidence of positive feelings. What we discovered was that more than 70 percent of the people we spoke to were either neutral or positive towards the settlers. Of the responses, 45 percent were neutral, 28 percent were positive and 27 percent were negative about the settlers.
ED Noor: Remember that these are the folks who have made a shrine of the grave of mass murderer Baruch Goldstein and who award their bloodiest soldiers for services rendered. So of course there would be admiration for these settlers in this rogue nation.
Many of the people we spoke to exhibited a deep suspicion and mistrust of the Palestinian people. When asked whether it was possible to make peace with the Palestinians, less than half of our respondents answered “yes.” This is a sobering statistic for anyone invested in the peace process.
It would seem that most of the people we spoke to have given up on the prospect of peace. Even among the Israelis who believed that peace is possible, a recurrent theme was “not in this generation.”
Another important trend in this part of the survey was blaming the Palestinian leadership for the lack of progress in the peace process. Many of the people who answered “yes” stated that peace was possible with the Palestinian people but not with their leaders. Of the responses, 48 percent believed that peace with the Palestinians is possible, while 40 percent felt that peace is not possible. Thirteen percent failed to answer this question with either a “yes” or a “no.”
. 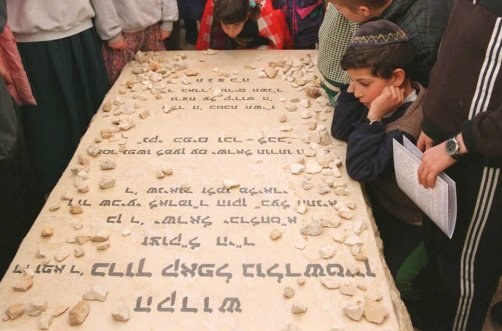 Honouring mass murderer Goldstein at his grave.
Little knowledge of one-state solution
Given the subject of our film, we were very interested in exploring people’s preferences for potential solutions to the conflict. What we noticed almost immediately was that it was very important to clarify to our respondents exactly what we meant by one state or two states. For the purposes of our survey, we defined the one-state solution as a secular democracy with equal rights on all of historic Palestine, while we defined the two-state solution as two states more or less along the lines of the 1967 boundaries, with East Jerusalem as the capital of the Palestinian state. It was important that we were able to explain exactly what we meant, because many Israelis answered one way but meant something entirely different.
For example, when asked whether they preferred the one-state solution or the two-state solution, many respondents answered that they preferred the two-state solution. But when we followed up and asked what territorial concessions they would be willing to make, these same people said that they wouldn’t agree to any concessions.
Furthermore, almost no one that we spoke to was familiar with the concept of the one-state solution. Many people even took this to mean one state for Jews only, until we clarified our meaning.
When we reviewed the data from this section of the survey, we decided to break down the responses into seven different categories: one state; one state (i.e. a state for Jews only); two states; two states (i.e. without territorial concessions); either one or two states; neither one nor two states; and other.
What is really fascinating about our results is that over two thirds of the people we spoke to were actively opposed to the classic two-state solution on the 1967 borders. Furthermore, there were almost as many true one-state solution supporters as there were classic two-state supporters.
Amongst those we surveyed, 27 percent were true two-state supporters, 23 percent were true one state supporters, 22 percent supported neither, 16 percent were in favour of two states without territorial concessions, 6 percent were okay with either one or two states, 4 percent were in favour of one state for Jews only, and 2 percent didn’t fit into any of these categories.
. 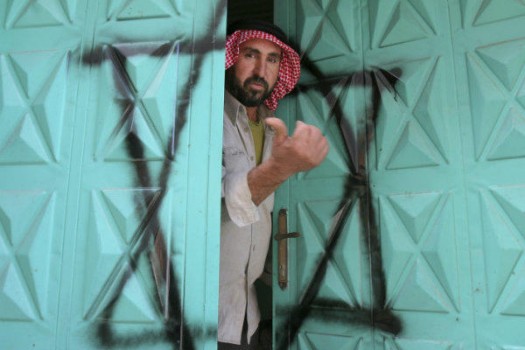 The data we gathered substantiates the idea that anti-Arab sentiment is a mainstream phenomenon in Israel.

Almost half of all the Jewish Israelis we spoke to exhibited some level of anti-Arab sentiment. The single most disturbing trend that emerged was the correlation between youth and strong anti-Arab sentiment.
We also learned that support for the classic two-state solution along the 1967 lines was very low among the people we spoke to. This data point was reinforced by the strong support that we saw for the settlers.
Given our leading question, the fact that less than a third of respondents were willing to characterize the settlers as an impediment to peace, is further evidence that the two-state solution, as it is currently being proposed by the international community, is decidedly unpopular in Israel.
Despite the lack of knowledge about the one-state solution idea, some respondents appeared willing to consider it. Once this solution was explained to them, 22 percent preferred it and around 6 percent did not object to it. Finally, when we asked Jewish Israelis to choose between the Jewish character of the state and the democratic character, 36 percent opted for the latter. All of these results must be taken with a grain of salt.
We can report anecdotally that many of the people who refused to be interviewed told us that they wouldn’t participate, because they felt that we were part of the “leftist media.” For these reasons, we feel that it is likely, if anything, that our data underestimates the actual amount of anti-Arab sentiment in Israel.
Bookmark the permalink.