Washington bears full responsibility for elevating illegitimate fascist putschists to power. Doing so reflects another sordid chapter in US history. For sure, it won’t be the last. 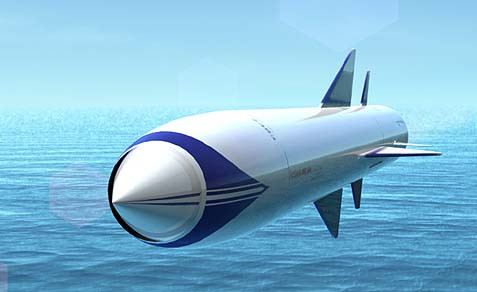 “The secretary urged Russia to take concrete steps to help implement the Geneva agreement, including publicly calling on separatists to vacate illegal buildings and checkpoints, accept amnesty and address their grievances politically.”

“He also called on Russia to assign a senior diplomat to work with the OSCE mission in eastern Ukraine to make absolutely clear to the separatists that Russia supports the agreement and wants de-escalation.”

“The Secretary also made clear that Russia’s recent public statement casting doubt on Ukraine’s commitment to the Geneva agreement flies in the face of the facts.”

“The Government of Ukraine put forward a broad amnesty bill for separatists to give up buildings and weapons, and has sent senior representatives to the east with the OSCE to help implement the agreement, and had called an Easter pause in its counterterrorism operations.”

“He asked that Russia now demonstrate an equal level of commitment to the Geneva agreement in both its rhetoric and its actions.”

“As noted in Geneva, without implementation, the joint statement is only a piece of paper, and what is needed is true de-escalation.”

“The Ukrainians have taken steps. The Russians have to take additional steps.” Otherwise, they’ll be “consequences for inaction.”

Washington wants all rival governments eliminated. It wants pro-Western stooge ones replacing them. It wants unchallenged worldwide dominance. It risks possible global conflict in the process.

Psaki didn’t explain. She irresponsibly blamed Russia for US imperial adventurism. It persists relentlessly. Core international, constitutional and US statute laws are violated.

Ukraine is in the eye of the storm. The worst of all possible outcomes may follow. Targeting Russia raises the stakes.

Sergei Lavrov is a consummate diplomat. He shames his US counterpart. Washington should take responsibility for its actions, he said.

“Before giving us ultimatums, demanding that we fulfill demands within two or three days with the threat of sanctions, we would urgently call on our American partners to fully accept responsibility for those who they brought to power,” he stressed.

At the same time, illegal Ukrainian elements have US weapons, not Kiev’s military.

Putschist “authorities are doing nothing, not even lifting a finger, to address the causes behind this deep internal crisis in Ukraine,”  Lavrov stressed.

“The illegal rulers are trying to restore the order they cynically trampled on when they participated in an armed uprising,” he added.

According to Lavrov, they’re “running the show” in central and Western Ukraine. They’re “trying to affect eastern regions.”

“The fact that extremists started to shoot at unarmed civilians is unacceptable.” At the same time, putschists target foreign journalists.

Some are blocked. They’re denied permission to enter Ukraine. Others are threatened, harassed and arrested. So are Southeastern Ukrainian activists.

Police states operate this way. Ukraine is one of the worst. Order must be restored, said Lavrov. Real constitutional reform is essential.

So far it’s nowhere in sight. Extremism as well as ethnic and religious intolerance continue.

Illegally armed groups operate freely. They do so extrajudicially. They rampage with impunity. They threaten anyone challenging them. They shoot to kill.

Russia won’t allow civil war in Ukraine to erupt, said Lavrov. “There has been a surge in appeals to Russia for saving them from this outrage.”

“We are being put into an extremely complex position,” he added.

“Those who are deliberately pursuing a civil war, possibly, in an attempt to start a big, serious bloody conflict, are pursuing a criminal policy.”

“And we will not only condemn this policy but will also stop it,” he stressed.

“Geneva agreements on Ukraine specify no timeframe, but measures should be taken urgently.” Putschists haven’t done so, said Lavrov.

“Everything points to the fact that (they) are not able to control extremists, or do not want to control them.”

“The main thing now is to prevent any kind of violence in Ukraine. It is the first clause of the Geneva agreements, the first requirement.”

“This part of the Geneva agreement is not fulfilled, but on the contrary, steps are taken by (Kiev putschists) in violation of” its terms.

“We are concerned that instead of confirming the responsibility for the situation, Kiev and the West-European countries are trying to make Russia responsible.”

Obama dispatched Vice President Joe Biden. He arrived in Kiev. He did so to meet with his new friends. He expressed full US support.

Washington will help its “leaders” create national unity, he said. They face “humiliating threats” and “daunting problems,” he added.

He called planned sham May elections the most important in Ukraine’s history. They’ll be farcical when held. Biden didn’t explain.

He came for a victory lap. It’s for Obama’s latest imperial trophy. If he can hold it, a previous article explained.

On April 21, Voice of Russia headlined “Biden to test US face-saving retreat plan for Ukraine,” saying:

Rostislav Ishchenko heads the Kiev-based Centre for Analysis and Prognosis. Washington’s failure in Ukraine necessitates a retreat without losing face, he said.

Biden came to make the best out of a bad situation. Putting lipstick on this pig won’t work.

Kiev putschists are convenient stooges. They have no legitimacy whatever. Eastern Ukrainians reject them. They do so responsibly.

Perhaps Western ones will join once their full agenda is implemented. Repression and neoliberal harshness reflect it. People take only so much before rebelling.

It “combine(s) cyberwarfare, an energetic information campaign and the use of highly trained special operation troops to seize the initiative from the West.”

It “project(s) power in the ‘near abroad.’ ” It “road-tested” strategy in Crimea. It combines “hard and soft power.”

“For its intervention in Crimea, the Russians used a so-called snap military exercise to distract attention and hide their preparations.”

“Then specially trained troops, without identifying patches, moved quickly to secure key installations. Once the operation was underway, the Russian force cut telephone cables, jammed communications and used cyberwarfare to cut off the Ukrainian military forces on the peninsula.”

Moscow “sen(t) small, well-equipped teams across the Ukrainian border to seize government buildings that could be turned over to sympathizers and local militias.”

“Police stations and Interior Ministry buildings, which stored arms that could be turned over to local supporters, were targeted.”

“The Kremlin has used its military deployment to buttress its diplomatic strategy of insisting on an extensive degree of federalism in Ukraine, one in which the eastern provinces would be largely autonomous and under Moscow’s influence.”

You can’t make this stuff up. Times reports read like bad fiction. No evidence whatever supports its claims. They’re manufactured out of whole cloth. They lack credibility.

At the same time, daily content is silent about Washington elevating illegitimate putschists to power. The Times supports them. It pretends they’re democrats.

All so-called news fit to print is rubbish. Readers are on their own to learn truth. Times management excludes it from daily content. Doing so is longstanding editorial policy.