THE UNITED STATES IS A CORPORATION NOT A COUNTRY 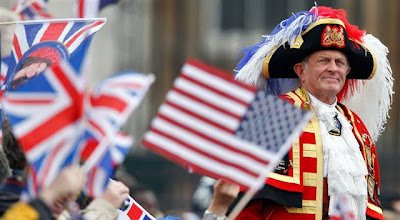 Just another rather arrogant and smug monarchist.
Adorned in his lacy muckety mucks.
All that red, white and blue ~ variations upon the same theme.

The trouble with history is, we weren’t there when it took place and it can be changed to fit someone’s belief and/or traditions, or it can be taught in the public schools to favor a political agenda, and withhold many facts.

You have been taught that we won the Revolutionary War and defeated the British, but this video proves to the contrary. I want you to read this paper with an open mind, and allow yourself to be instructed with the following verifiable facts.
You be the judge and don’t let prior conclusions on your part or incorrect teaching, keep you from the truth.
http://www.apfn.org/apfn/bcolony.htm

“The term citizen was used in Rome to indicate the possession of private civil rights, including those accruing under the Roman family and inheritance law and the Roman contract and property law. All other subjects were peregrines. But in the beginning of the 3rd century, the distinction was abolished and all subjects were citizens; 1 sel. Essays in Anglo-Amer. L. H. 578.” ~ Bouvier’s Law Dictionary, 1914.

Read: THE UNITED STATES IS STILL A BRITISH COLONY