Anglo trash white people are simply the most dirtiest waste of life that I have ever seen. White Anglo Trash are the majority of people on food stamps, they have the lowest intelligence and are nothing more than filthy animals.

Look at what’s going on in the UK. The entire lower part of the country is under water and those simptons can barely tie their shoes let alone run a country.

Prince Charles, the same man, who just two months ago was making threats to expose people, kill people and drink my blood if he didn’t get his way, actually had the audacity to leave London, in the middle of the worse natural flooding disaster, that the country has seen in over 100 years and make a trip to his fraud, “royal” sand nigger oil Arab Animals in the Mid East? Typical of Ole Man Charles.

The UK Euro-trash animal media are so obsessed with covering up child slave rings, pedophilia government run operations and financial terrorism for the so called, “elites” in that country, that there isn’t one decent story or article of worth while journalism explaining the suffering of citizens in that country. Do I care? No. But Prince William cares…so fine.

Always be careful when you read any British Media or listen to any British Person that talks shit about every other country except for their own shit hole.

So, why isn’t Prince Charles calling that cluster-fuck of British Clown Simpletons aka The Government a bunch of headless chickens?

Ya see, every time shit goes down, Prince Charles goes and sleeps in his coffin until the storm clears up. If Prince Charles keeps fucking with me, I will move from rural Louisiana and go live with Prince William and Kate and really fuck up his game plan. I’ll do it Charles! Why is William the only one walking through flood waters in England? 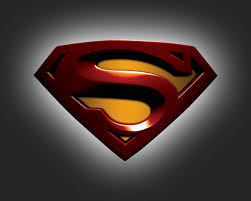 I went all around rural Louisiana and basically you can hardly fish in the waters, rivers or bayous because there are leaking oil pipelines in every inch of this state. Louisiana is simply unfit for human life. Why would sports fishermen wanna come to Plaquemines Parish is beyond me. First of all, Louisiana has more oil pipelines and refineries than nearly any other place in the world, which explains why children, as young as four years of age, all have cancer. Some of my buddies, that I went to school with, are younger than me and they all have cancer.

Petro Chemicals from oil drilling and refiners aren’t a joke. These toxins are really dangerous. And even with the massive oil drilling and pollution in La., the state has higher gas prices than California!

If you go right to lower Plaquemines, near Boothville or Venice, the gas stations charge 4.00 a gallon for regular gas! How dumb are the people in Louisiana? They appear to be at a pre-school level, if they think that paying 4.00 a gallon for gas, when an oil pipeline runs through their back yard is something normal. Gimme a fucking break you idiots! Grow up and grow a fucking mind!

All of the oil companies in Louisiana mostly benefit Northern Europe. We get the pollution, high gas prices and cancer rates while Euro-Trash Animals in Northern Europe get the gas.

Entergy, the power company which has a monopoly in Louisiana, charges about $200.00 a month for electric bills, even if you keep your house in the dark! The entire state is corrupt.

The Southern States and these Southern Republicans and empty headed racist Democrats get on Fox News and say “low taxes” but these are the states that cost an arm and leg to live in because there are unreasonable fees attached to every thing.

I have a clean driving record and have been driving for over 20 years and in any other state or if I was an illegal alien, I could get a state driver’s license with no problem but in Louisiana they actually want citizens to pay $400.00 to obtain a license!

I put on my GPS on my boat and instead of seeing water, there are leaking Chevron and Exxon Oil Pipelines in the Mississippi. What comes out the water facets in Louisiana House-Holds isn’t water or H2O but instead you get everything from fluoride, to estrogen female hormones to petro chemicals and this is due to Piyush Jindal, who was basically funded into office by Goldman-Sachs, Bush/Cheney and the United Nations.

I went out last week, into the bayou right behind my mother’s property and instead of seeing fish, there are under water oil pipelines.

When I first came here from California via London in December, my skin was so dam smooth, it was reflecting the sunlight but now, I am breaking out like a teen-age boy due to my body detoxing the chemicals and pollution which is in Louisiana.

So, if you wanna come here and sports fish in Plaquemines Parish or Louisiana, then just know that you aren’t in Idaho and will not be getting a relaxing fishing experience but instead you will catch no fish and have sights/views of oil rigs and “Warning Oil Pipeline” Signs all over the water.

Louisiana and Texas along with Florida, Arizona and New Mexico have always been drug ports, for the CIA, Goldman-Sachs and the UK government to move in narcotics, like heroine grown in Afghanistan or cocaine from Latin America but Chevron Oil decides that they want to give a grant of $500,000.00 to the Plaquemines Parish Sheriff Dept to have tasers, so that this fraud law enforcement, Federal Run Agency of Bullshit can electrocute citizens.

In New Orleans, they are actually trying to segregate people by only giving loans to blacks to live in certain areas and if you research into who is really behind these racist segregation schemes, since Katrina aka US Army Corp of Engineers Man Made Disaster, its all of these banks based in New York/Wall St like Goldman-Sachs or Wells Fargo.

So, the racism isn’t really coming from white citizens, being that some of my family are white Cajuns but it really is coming from outside instigators like Chevron-Norway (Dutch), BP (British) or Dutch-Royal-Shell Oil Companies along with financial agencies out of New York.

Louisiana simply looks like an apartheid state. And they are running these articles on these know-nothing white trash people who supposedly help make BP pay up money, but had it not been for me going to Prince William and having the Brtish Oil Elites come in and start paying out money, then no one would have gotten paid, there would be no BP Claims Center and it would have just been yet another assult against the environment that went unreported being that there have been three oil spills in the Gulf, since I got back to Louisian two months ago.

Basically white people in the Louisiana Government don’t do shit but sit on their dirty flat asses and attempt to have this retarded trailer trash media, write up some make-believe, delusional fluff stories about how they help fight BP, after I had to do all of the leg work with a foreign government.

I think that these people fail to understand that I can kill them and next month I will explain on who is and who isn’t an elite. I go to the real elites. I don’t play around with this retarded ass, low level shit in America.

On a scale of 1 to 10 with 10 being the best, the entire US Military is at about a 7, which means that the entire US Pentagon isn’t any more than child’s play……..from my perspective.