U.S. HAS TRANSFORMED LIBYA INTO DANGER TO ALL AFRICA 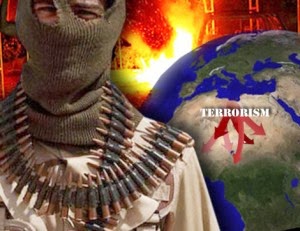 .
President Barack Obama and former French President Nicholas Sarkozy should have provided Libya with an “after sales agreement” when they ordered the destruction of the Libyan government and the assassination of former Libyan leader Muammar Qadaffi.
.
That was the opinion of Niger’s Interior Minister Massoudou Hassoumi, who has called on France and the United States to bring their militaries back to Libya in order to stop the flow of arms and violent terrorists from pouring out of Libya into Niger. Southern Libya, he warned, has steadily become “an incubator” for violence and terrorism.
.
ED Noor: In essence, Libya was turned into exactly what they said it was before going in to destroy an otherwise peaceful populace
.
Christian churches in Libya have been expressing concerns as well about the plight of their members in Libya, arguing that the adoption of radical Muslim laws and growing sectarianism have placed Christians in jeopardy. In their view, it has been difficult, if not impossible, to get the mass media to focus on the issue.
.
There has been little coverage of the mess Libya has become since Washington and its allies washed their hands of the country. The only mention lately concerned a plan to destroy Qadaffi’s chemical weapons stockpile. According to a February 2, 2014 article in The New York Times, Washington secretly spent $45M to contain and destroy the last of Libya’s supplies of mustard gas, completing the task on January 26.

That announcement only served to highlight the fact that Washington and its allies failed to address the massive stockpiles of conventional weapons that fell into the hands of militias and terrorist groups. Many of those weapons were sold to Arab countries and moved out of Libya to be shipped into Turkey and then to terrorist camps in Syria. Only NOW do they trulyuse the term “terrorist” when referring to the government, this vile brotherhood rulership of the once happy people of Libya.

It is believed that Qadaffi spent as much as $100B on weapons, including anti-tank missiles, surface-to-air missiles and many other weapons that in the hands of terrorists could pose a serious threat to the U.S., Europe and Russia. In October 2013, The Times of London carried a story and a photo of a militia leader, who it said was a “human trafficker,” in charge of an abandoned facility containing 4,000 surface-to air missiles.

The tragedy of Libya is the plight of its people and in particular Christians, who had hoped for better times.
.
Washington has ignored them because focusing on their persecution would expose the reality that murdering Qadaffi has created chaos and increased violence in the region.

According to Open Doors, the international Christian organization, Libya in 2013 was the most dangerous North African country for Christians. Salafist Sunnis, the dominant sect in Libya today, have been determined to enforce strict Islamic law defining the religion of the state as Muslim. In the words of Open Doors, the aim and outcome of this strategy is to make “all [Libyan] citizens Muslim by definition.”
.
Ed Noor: Salafist Sunnis ~ intolerant jahidist Islam poisoned by the Saudi sect.
.
It should come as no surprise that the persecution of Christians across the Middle East has led to a mass exodus. Open Doors estimates 75% of Libya’s expat Christians have fled. Nevertheless, the unstable nature of the country and a growing anti-Christian atmosphere made citizens of Libya fear for their lives.
Bookmark the permalink.