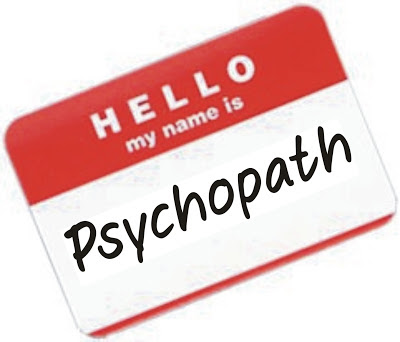 Approximately 1-4% of the human population has now been scientifically proven to be completely un-compassionate. Through MRI scans, computer simulations, and psychological experiments, it is clear that people diagnosed as Psychopaths, Sociopaths, or Narcissists are 100% selfish and un-empathetic people who have no genuine conscience, feel no genuine compassion for others and feel no genuine guilt or remorse for their wrongdoings. The key word is “genuine” because psychopaths are incredibly adept actors and may be very convincing in their lies, so convincing as to regularly pass lie-detection polygraph tests! Besides being completely selfish, conscienceless, remorseless, and expert liars, psychopaths also have many other common characteristics which provide the diagnosis for the current DSMIV psychological deviation known as Psychopathy. Below is a version of that Psychopath Test. If you suspect anyone in your life of being a psychopath try the following – For each of the 20 characteristics give a score of 0 if it does not apply, 1 if it applies somewhat, and 2 if it applies perfectly: 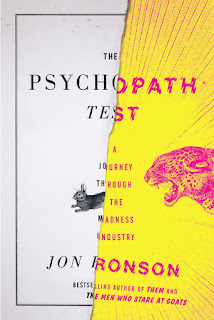 1) Glib and Superficial Charm: The tendency to be smooth, engaging, charming, slick, and verbally facile. Psychopathic charm is not in the least shy, self-conscious, or afraid to say anything. A psychopath never gets tongue-tied. They have freed themselves from the social conventions about taking turns in talking, for example.

3) Need for Stimulation or Proneness to Boredom: An excessive need for novel, thrilling, and exciting stimulation; taking chances and doing things that are risky. Psychopaths often have a low self-discipline in carrying tasks through to completion because they get bored easily. They fail to work at the same job for any length of time, for example, or to finish tasks that they consider dull or routine. 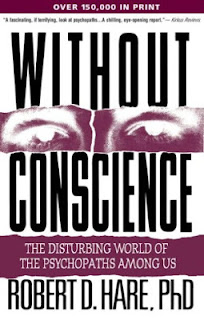 5) Conning and Manipulativeness: The use of deceit and deception to cheat, con, or defraud others for personal gain; distinguished from Item #4 in the degree to which exploitation and callous ruthlessness is present, as reflected in a lack of concern for the feelings and suffering of one’s victims.

6) Lack of Remorse or Guilt: A lack of feelings or concern for the losses, pain, and suffering of victims; a tendency to be unconcerned, dispassionate, coldhearted, and unempathic. This item is usually demonstrated by a disdain for one’s victims.

7) Shallow Affect: Emotional poverty or a limited range or depth of feelings; interpersonal coldness in spite of signs of open gregariousness.

8) Callousness and Lack of Empathy: A lack of feelings toward people in general; cold, contemptuous, inconsiderate, and tactless.

9) Parasitic Lifestyle: An intentional, manipulative, selfish, and exploitative financial dependence on others as reflected in a lack of motivation, low self-discipline, and inability to begin or complete responsibilities. 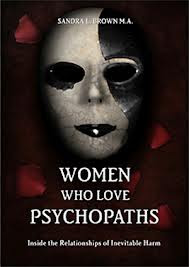 11) Promiscuous Sexual Behavior: A variety of brief, superficial relations, numerous affairs, and an indiscriminate selection of sexual partners; the maintenance of several relationships at the same time; a history of attempts to sexually coerce others into sexual activity or taking great pride at discussing sexual exploits or conquests.

12) Early Behavior Problems: A variety of behaviors prior to age 13, including lying, theft, cheating, vandalism, bullying, sexual activity, fire-setting, glue-sniffing, alcohol use, and running away from home.

13) Lack of Realistic, Long-Term Goals: An inability or persistent failure to develop and execute long-term plans and goals; a nomadic existence, aimless, lacking direction in life. 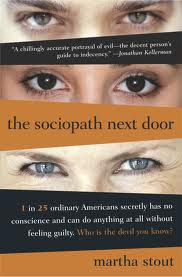 14) Impulsivity: The occurrence of behaviors that are unpremeditated and lack reflection or planning; inability to resist temptation, frustrations, and urges; a lack of deliberation without considering the consequences; foolhardy, rash, unpredictable, erratic, and reckless.

15) Irresponsibility: Repeated failure to fulfill or honor obligations and commitments; such as not paying bills, defaulting on loans, performing sloppy work, being absent or late to work, failing to honor contractual agreements.

17) Many Short-Term Marital Relationships: A lack of commitment to a long-term relationship reflected in inconsistent, undependable, and unreliable commitments in life, including marital. 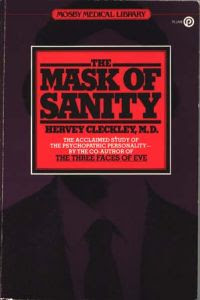 18) Juvenile Delinquency: Behavior problems between the ages of 13-18; mostly behaviors that are crimes or clearly involve aspects of antagonism, exploitation, aggression, manipulation, or a callous, ruthless tough-mindedness.

19) Revocation of Condition Release: A revocation of probation or other conditional release due to technical violations, such as carelessness, low deliberation, or failing to appear.

20) Criminal Versatility: A diversity of types of criminal offenses, regardless if the person has been arrested or convicted for them; taking great pride at getting away with crimes.

If someone scores a 30 or higher on this test they are almost certainly a Psychopath. To learn more about this psychological scourge on humanity, read the following articles and watch the below linked documentary entitled Psychopath, Parts 1, 2, 3, 4 and 5. 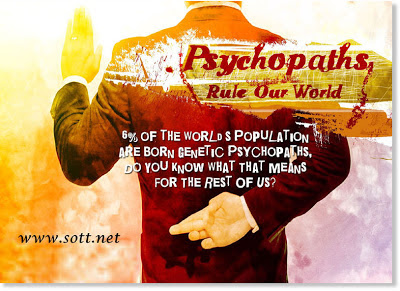