THE MEN OF THE FUTURE 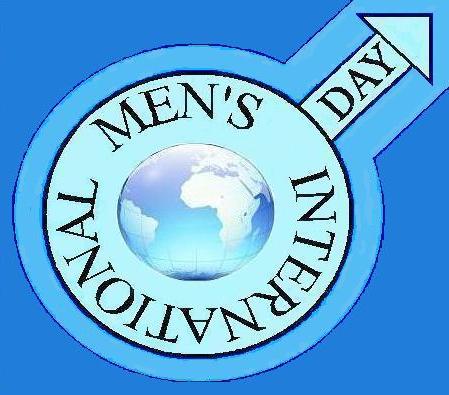 By Michael Cook, Editor
Mercator Net
November 19, 2012
NOVEMBER 19 IS
INTERNATIONAL MEN’S DAY
Is the fourth wave of feminism going to be men`s liberation?
Scoop! Exclusive! You read it first on MercatorNet ~ the dawn of a political movement destined to eclipse feminism and environmentalism ~ men’s liberation. The news comes from avant-garde German politics, the Young Greens (GrünenJugend), an offshoot of the Alliance’90/The Greens party which has 68 seats in the Bundestag.
The story begins in November last year, when Germany’s best goalkeeper, 32-year-old Robert Enke, threw himself under the Hamburg to Essen express. His grieving wife Teresa revealed that Enke had been battling depression for six years. Although Enke’s death shocked football-mad Germans, it’s a common enough story. A high-achieving man harbours hidden insecurities and tormenting anxieties. They spiral out of control and explode in violence or suicide.
But this tragedy triggered the Young Greens to add a radical plank to their already radical electoral platform ~ the need for a new masculinity. They have issued a “Green Men’s Manifesto” which calls for men’s liberation: 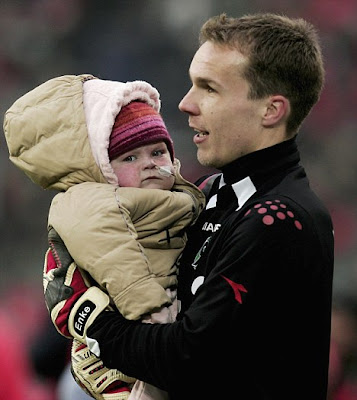 The suicide of goalkeeper Robert Enke has finally prompted a Republic-wide debate about men’s health, about weakness, about depression, about fear of failure… The crisis we face is a male one. The climate crisis, the financial and economic crisis, the hunger and justice crisis: all these are the direct result of a particularly male way of living, working and doing business which has driven the planet to the brink of ruin.
The Green Men’s Manifesto is not just a bit of boilerplate from German radicals. It was signed by one member of the European Parliament, three members of the Federal Parliament and three members of state Parliaments, along with 14 other Green politicians ~ all men. It shows that Germany’s most avant-garde politicians sense that men’s liberation has finally reached its tipping-point.

Feminism, they suggest, is no longer a demand from an oppressed minority, but a dominant ideology.
“A woman [Angela Merkel] is chancellor. Women have better educational qualifications, can become bishops, do Rap and Hip-Hop, are more successful at soccer than their male colleagues,” says the manifesto.
Women have thrown off the shackles of stereotyped gender roles. But men? They are still rattling their chains. “Gender roles are a corset that does more harm than good.”

And just as feminists did -~ or do ~ the Green Men play the victim card. German men die six years earlier than German women. Women have work-life balance programs, but not men. Fathers are shut out of the lives of their children because of work, and so on.
What is going on in Germany? The young Turks of the party which turned tree-hugging into a potent political force, which campaigned against nuclear power, against global warming and acid rain, against NATO, and against the war in Afghanistan, believe that feminism no longer speaks for the underprivileged.
The “wretched of the earth” are no longer starving Africans foraging for water in the Sahara, but Hans and Fritz who need affirmative action programs. “We want more gender-sensitive men in ‘traditional’ female occupations: more teachers, more primary school teachers, more social workers.” On it goes: they want a “boys’ day” and “gender-sensitive career guidance”, and greater attention to men’s health.
If these demands had come from disgruntled unemployed truck drivers or bitter fathers battling for access to their children, no one would pay the slightest attention. But the slogan for the manifesto is “green men fight together with feminists”. The authors use the utmost tact in praising the achievement of feminism. Indeed, they endorse the feminist critique that half of society is oppressed because of its gender. But it’s not the conventional gender.
Feminism was been described as the most powerful revolution of the 20th century.
Could the Green men’s manifesto be the first glimmer of a new politics of masculinity for the 21st? After all, it’s a pretty seductive program:

“We want less pressure to perform, better health care, and more quality time. We don’t want to be heroes of work; we want to live. We want to share power, responsibility and duties and to tear off the corset of gender roles. We want new horizons for men in the 21st century!”

If only their wives, girlfriends and mothers will let them. Viel Glück!