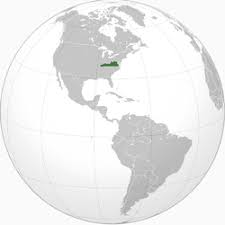 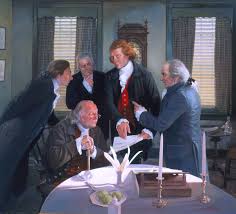 The state was Virginia. The tobacco plantation was owned by my great great great grandfather. He was an Englishman with the surname of Williamson. On his plantation, he not only held African Slaves but 30% of his labor force were Irish or White Anglo Slaves, which were even more common than black slaves in some parts of the U.S. 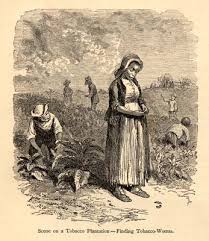 His Irish Slaves were jealous of the African Slaves because the blacks lived on the plantation grounds and some times got to eat pig intestines or chitlins. The African Slaves were jealous of the Irish Slaves because they often had Irish Log Cabins off plantation grounds but many were malnourished. Both groups could have escaped or simply left and went Westwards but yet they stayed decade after decade and generation after generations because my great great great grandfather was an elite that knew how to break them in. In the case of the poor whites, the European Aristocrats in England and Germany had broken them in, centuries prior to the founding of the colonies. Many whites were generational slaves for European Elites. 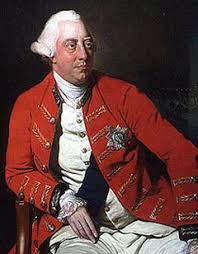 My family was pretty much British and elite before the American Revolution, which was a war that was organized by the British-(turned) American Elites. The commoner white (present day White America that were pre-existing in America before the 1900‘s) didn’t have the brain power or know-how to even begin the task of forging a country and breaking away from the British Crown.

This is why things are so bad in America today, because the so called “majority” were never the ones who created this country and as we can see, they all watch Fox News, which is owned by British Intelligence, Saudi Arabia and operated by an Australian/British Agent for The Royal Crown. I mean, to watch Fox News and listen to those clowns, one may as well just sit around and listen to Queen Elizabeth or King Abdullah and follow their orders. It’s pretty much the same thing.

My English Family then started mixing with aristocratic French explorers, military men and merchants in Louisiana due to Chesapeake Consignment Agreements, which started domestic tobacco trade with the French Colony of Louisiana. The Chesapeake Consignment Agreements started up trades some where in the 1700‘s-1800‘s with other American-Euro Colonies instead of simply growing products, like tobacco & then shipping it all to England.

As a result of my great great great grandfather trading with the French Colony, after the British instigated Civil War, one of his sons migrated from Virginia and to Louisiana and married into the Duplessis-Vinette French Creole Family, which hailed from Northern France into French-Canada, the Caribbean and Louisiana. 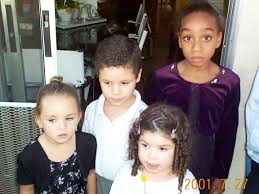 So, while Paula Deen has these delusions, along with many other whites in the U.S., about the good-ole days of slavery and throwing slavery theme parties, my family actually owned many of these whites. Most whites in 1600‘s, 1700‘s and even in 1800‘s America were slaves or indentured debt servants. There is a good chance that my family owned Paula Deen’s family.

My English Tobacco Growing Ancestors owned many whites that have the surname of “Mc” this or that. McDonald, McConnell, McWilliams, Deen, Williams, Scott are all surnames of whites that were once from slave families in the colonies. In fact, in New Orleans some whites even worked for Mixed-Race Creoles that were part African.  This was mostly because the British/English could be so ruthless when it came to dealing with poor whites from England and the Irish Slaves. 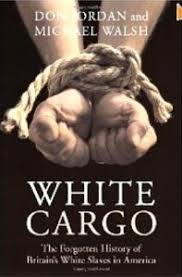 Even after the Civil War was over in America, there were still German Slaves in Germany and Irish Slaves in Ireland. Even today the IMF, British Royals and Global Bankers are gutting entire villages of young Irish and shipping them into Canada because these bankers want Irish Land. And last I checked, the Irish Leaders were praising the greatness of the IMF and bankers, so we still see this slave mentality among the Irish in Ireland.

By the time the late 1800‘s rolled around, the Royal Families out of the England and The Netherlands were so possessed by demons that they decided it was time for them to use religion as a means of being viewed as Gods and Goddesses.

This is how we got the modern day Illuminati and Free-masons which focus on Satan Worship. There was no hard core Satanic Worship going on among our Founding Fathers or in Freemason Lodges in the 1600, 1700 and early 1800′s in the colonies but yet they all were Illuminati & Freemasons. They all had “occult” beliefes and rituals but this “Hail Satan” Era is mostly a British gift that was distributed really hard after the Civil War in America.  Queen Elizabeth I wanted a Satanic/Occult Society and Queen Elizabeth (present) is carrying out this agenda. 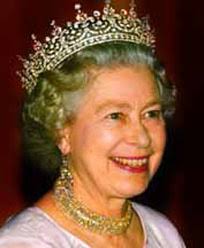 In fact, if a person was some how able to re-visit America, back in the 1700 and 1800‘s most places didn’t even practice Christianity. In parts of Virginia, Kentucky, Georgia and what is now West Virginia, the white tribes, which were mostly Irish, poor white Anglo trash from rural England and Scottish, there just was’t too much going on with Christianity. One could walk all day in pre-Civil War Virginia State & through many different white villages and NEVER see one single Christian Church or hear of any mention of a Jesus.

These white folks were already forced into the Americas and then once they arrived in the colonies, they were slaves and after they were forced as expansion tools by people like my great great great great grandfather, most avoided organized religion like the plague because they knew that Christianity was a fake religion, set up by King George, which was used as a means of enslavement by the British Royal Crown and European Elites.

My point is that slavery and Christianity, in America, isn’t an exact science that follows a clean cut path from a historic perspective.

The European Royals grew upset, because there really is no hard core historic evidence that justifies genetic royalty or a Divine Right of Kings. There were two things that needed to be done, in order to keep the British Royal Family in power.

When we look at America in modern times, especially The South, we wonder why these people are so dumb & stupid, when for hundreds of years, the elites of Europe came to the colonies and set up international business/plantations, which led to the founding of our country. The intellectual center of the colonies was really the Southern U.S. The North East was always compromised with European Influences that were anti-American in nature. 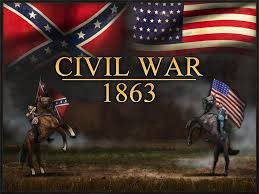 The entire point of the Civil War was to break apart American Wealth of American Elites and eventually hand everything over to forces out of the North East. The CIA(formed in the late 1800‘s by the British Royal Family), Radical Islam, Radical Christianity/Evangelicals and even Hasidic Judaism Radicals were the brain child of the European Royal Families that wanted some way to re-colonize America and spread their disease of out dated greed/colonialism to the entire world.

In 1913-1914 the Europeans started a Federal Reserve Private Banking System and snuck it onto the U.S. The Federal Reserve was a 100 year time bomb (100 years ago this year)-to bankrupt America as pay back to the colonies for declaring independence from England. As I write this post, The Federal Reserve is stealing 85 Billion Dollars a month of our money, sending it to private people in Europe and then charging us for this debt.

But in order to do these thefts and crimes, the European Bankers and Royal Families had to flood the U.S. with even dumber Euro-peasants and this is when we got the migration into Boston & NY from Italy, Eastern Europe and even European Jews. And this is how they started the New World Order. The Federal Reserve is really in the business of directing our tax money out of America and into Europe, as well as being a way to drag the U.S. into endless wars, which only benefit Europe and even China. 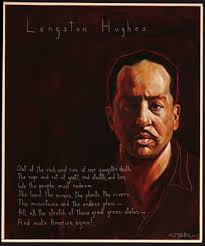 David Rockefeller in the 1920‘s argued against flooding the U.S. with criminal peasants from places like Ireland, Italy and Eastern Europe and wanted black & white intellectuals from America to lead the charge of the NWO because eventually the NWO would need to sell their agenda to the world. So, David Rockefeller started funding black intellectuals from the Southern US, setting them up in the North East and this is how we got the Harlem Renaissance.  If the NWO/Illuminati would have followed what David Rockefeller wanted, then I would be more famous than Jay-Z and it would be a Glorious Occasion.  In fact we wouldn’t even have low level animals in positions of power or sitting in world government. 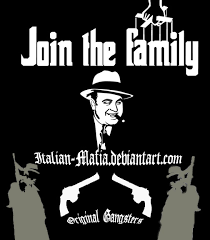 But the mafia circles of criminal whites (Jews, Italians & others) were upset because they weren’t considered “white” and there were even movements of Jews and Italians that actually went to court and petitioned to become “white” being that most White Americans refereed to ethnic Europeans, that had darker features as “colored”.  And even today, these really dumb groups of “whites” constantly try to elevate themselves by obsessing over negative aspects of other ethnic groups but they’re all trash in my eyes. 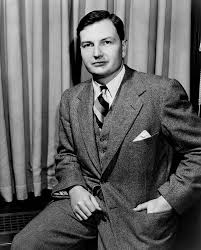 When David Rockefeller let up on having an intellectual renaissance, we got flooded with criminal trash and this is the reason why the NWO can seem to get its feet back on sound ground.

The reason why we have criminal whites in the Federal Government that steal money, molest kids use CPS as their person sexual fantasy agency is because these whites are either the trash that migrated over to the U.S., in the 1900‘s or they are the off spring of former slave hands and come from generational slavery. Just look at our court system, Congress & Senate…..that’s what genetic trash looks like. They are there for a reason.

The reason why we have Jay Z, Lady Gaga, Kanye and Beyonce along with other idiots being used to push the Illuminati and NWO is because there were elements in the 1940‘s, including Rothschild and the European Royal Families, that had grown scared of intellectual people and other elite families. I mean look at France, the French decapitated Marie Antoinette, which is why you do not have a King and Queen in France and the Royal Family in Belgium has less power than a muppet,

The Illuminati has hit a dead end, because they do not have the intellectual weight nor charisma to take it any further, which is why you see them doubling down on corruption, gang mentalities, nuclear wars and still thinking that some politician, radio host, journalist or music artist (all from defective blood lines) is somehow going to sell, what has become, a Dead on Arrival Agenda.