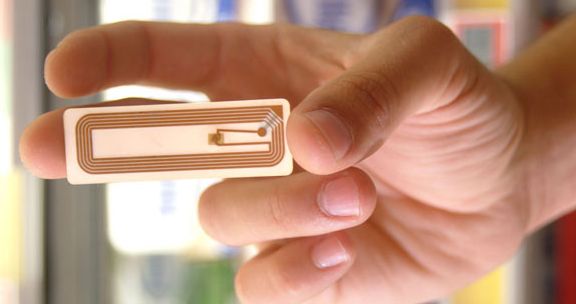 Paul Joseph Watson
Infowars.com
August 30, 2012
Students and parents at two San Antonio schools are in revolt over a program that forces kids to wear RFID tracking name tags which are used to pinpoint their location on campus as well as outside school premises.
Students at John Jay High School and Anson Jones Middle School will be mandated to wear the tags from today which will be used to track them on campus as well as when they enter and leave school.
Andrea Hernandez is leading a group of students who refuse to wear the tags because in her words, “It makes me uncomfortable. It’s an invasion of my privacy,” she told KSN.com.
Hernandez is being backed by parents and privacy experts like Dr. Katherine Albrecht who point out that the spy chips are more about making money than keeping students safe, as the schools claim.
By reducing truancy and tardiness, the school stands to net $2 million dollars in state funding.
Hernandez points out that the system is all but useless because students will just leave their tag in their locker or hand it to a friend to avoid being monitored.
Parents and students have rallied to organize a protest against the spy chips which is set to take place today.
Hernandez also fears that the RFID chips could be used to track students outside of school, a valid concern given past examples of how such technology has been abused by school officials.
In 2010, the Lower Merion School District in Pennsylvania used school-issued laptops to spy on kids in their own home.

The controversy ignited after student Blake Robbins was disciplined for “improper behavior in his home”. It turned out that school officials had installed software on the laptops that used the computer’s webcam to send images back to the school server every 15 seconds.

Hernandez also pointed out that sexual predators could use the tracking system to stalk children because the RFID tag continues to send a signal even after students have left school premises.
“With a smart phone you can use the option to use your locator but this I can’t turn it off,” Hernandez said.
As we reported earlier this week, similar programs where students are tracked both inside and outside school are already in operation across the country.
Children in nine Austin schools are being forced to carry around GPS tracking devices everywhere they go under the justification of preventing truancy. The kids are also assigned a “mentor” with whom they must check in several times a day.
Such a system is hardly much different from prisoners who are mandated to wear a GPS ankle bracelet and regularly check in with parole officers.
Indeed, treating schoolchildren like prisoners in anticipation for their introduction into outside world, a surveillance state in which they are also expected to acquiesce to an omnipresent big brother, is seemingly the ultimate goal of such programs.
Paul Joseph Watson is the editor and writer for Prison Planet.com. He is the author of Order Out Of Chaos. Watson is also a regular fill-in host for The Alex Jones Show and Infowars Nightly News.
Similar/Related Articles