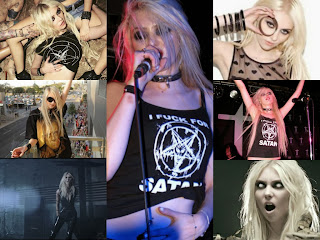 So it seems “Little Cindy Lou Who” may be a fresh new recruit for the Illuminati. The 20 year old singer/actress has been recognizable for fronting the New York based rock band The Pretty Reckless since 2009 and has adopted a rebellious grunge-goth style since then, which seems to be her signature appearance nowadays. Before her music career, Taylor Momsen was notable for playing Jenny Humphrey in the series Gossip Girl and “Cindy Lou Who” in How the Grinch Stole Christmas. In addition to her provocative stage attire, she was photographed in 2011 wearing a shirt reading “I Fuck for Satan” onstage, which led some to believe the young rocker may be involved in something Satanic. In an interview, Momsen claims the shirt was only a band shirt. Could that be true? Perhaps… but Taylor Momsen seems to be conveying subliminal messages in her photos, band lyrics and music videos. Let’s take a look at the evidence. 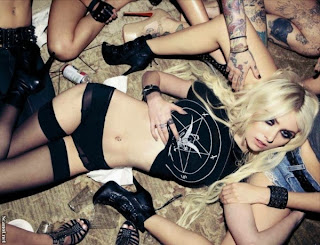 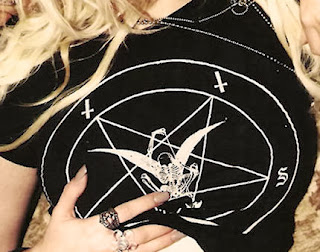 Pentagram and Baphomet… definitely something worth questioning! Next we have another photo even more shocking. 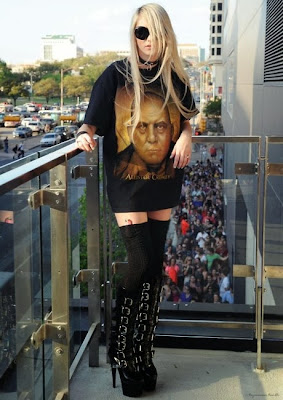 Is she wearing a shirt with the so-called “Wickedest Man on Earth” on it? Yes, that’s the occultist Aleister Crowley on her shirt who seems to be influential to members of the Illuminati and freemasonry. 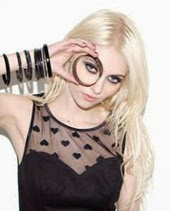 In this photo, she seems to be imitating the symbol of the All-Seeing Eye by placing a bracelet (or whatever that is) over her right eye.

Her band’s raunchy new music video “Going to Hell” seems to convey subliminal messages. In the clip she is shown with a snake around her neck and an apple in her hand, representing the apple and snake in the Garden of Eden and her eyes are shown glowing demonically while touching herself provocatively and singing into a priest’s ear. 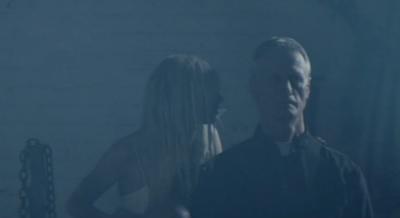 What is even more disturbing than the demonic music video is the lyrics of the song. Take a gander at this verse. 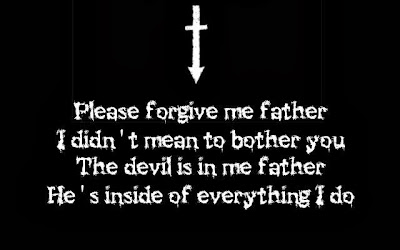 It sounds like she is admitting that she sold her soul to the devil (a.k.a. The Illuminati). Also notice her band’s new logo of the cross with an arrow pointing downwards, symbolizing “Going to Hell,” where Taylor believes she is going. May this sound ludicrous or not, I’m truly convinced now that Taylor Momsen is a member of the Illuminati.