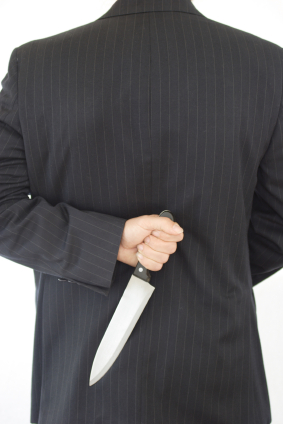 It solely favors Israel. It gives Palestinians nothing. It assures continued occupation harshness.

What happens going forward remains to be seen. Israel deplores peace. It thrives on conflict and instability. Its enemies are ones it invents.

In 2013, Israeli warplanes bombed Syria at least six times. On February 24, they struck Hezbollah targets. They did so along Lebanon’s border with Syria.

On February 26, Hezbollah confirmed Israeli attacks. It vowed to respond “at the appropriate time” to the “blatant aggression.”

Israel lawlessly attacked “its sovereignty and territory,” it said. “It will not stand without a(n) (appropriate) response from the Resistance,” it added.

“This aggression did not, thank God, cause any deaths or injuries. There was only some material damage.”

It’s untrue that targets struck were “artillery positions or missiles.”

The entire country will be attacked if Hezbollah strikes, it says. In 2006, Hezbollah embarrassed IDF forces.

Its strength is much more formidable today. Its missiles can strike targets anywhere in Israel.

“We call this period in time the era of fire in light of the amount of missiles and rockets we face as a constant threat.”

“There are about 170,000 rockets and missiles that threaten Israel,” he claimed. It’s “surrounded 360 degrees with active enemies. The conventional threats have not disappeared.”

It bears repeating. Israel’s only threats are ones it invents. No others exist. Claims otherwise don’t wash.

Kochavi lied like other Israeli officials. Doing so is a convenient pretext for lawless aggression at Israel’s discretion. It takes full advantage.

It claimed Israel violated its sovereign territory and Security Council Resolution 1701. In August 2006, it unanimously called for Hezbollah to cease “all attacks” immediately.

It asked Israel to stop “all offensive military operations.” It left undefined what it meant. It gave Israel the right to respond to whatever it calls an imminent threat.

It left a loophole Israel exploits. It neither confirmed or denied attacking Lebanon. Ambiguity most often is policy.

“It is self-evident that we see Lebanon as responsible for any attack on Israel from the territory of Lebanon.”

“It is the duty of the Lebanese government to prevent any terrorist attack – whether a terrorist or missile attack, or any other kind – on the state of Israel.”

Israeli analysts think Hezbollah is mostly focused on helping Syria to divert attention to Israel. At this time, a second front is unlikely.

Amnesty International accused Israel if committing war crimes in the West Bank. It does so repeatedly throughout Occupied Palestine.

AI said Israel displays “a callous disregard for human life.” It targets children like adults. It does so with impunity.

He stole other land for “dubious parks” and archeological digs. At the same time, he prevents Palestinians from building on their own land.

He murdered dozens of Palestinian civilians. They included an 85-year-old man and 15-year-old boy shot in the back.

Since July 2013, he lawlessly demolished about 400 Palestinian homes. Hundreds of Palestinians lost everything. They were forcibly displaced.

In January 2014, another 100 Palestinian structures were destroyed.

“I am deeply concerned about the ongoing displacement and dispossession of Palestinians in (Israeli controlled) Area C, particularly in the Jordan Valley where the number of structures demolished more than doubled in the last year.”

“This activity not only deprives Palestinians of access to shelter and basic services, it also runs counter to international law.”

Over 660 Palestinian structures were destroyed during the reported period. It was a five year high. Worse still, 122 were built with international donor aid funding.

“International and local aid organizations have faced increasingly severe restrictions in responding to the needs created by the unlawful demolition of civilian property, in violation of Israel’s obligation to facilitate the effective delivery of aid.”

Likud MK Tzipi Hotovely calls Palestinians “wolves in wolves’ clothing. They don’t want peace and peace can’t be made with them,” she claimes.

At the January 2014 Davos World Economic Forum, he said:

“I do not intend to evacuate any settlements or uproot a single Israeli.”

Weeks earlier, he promised coalition partners he “will not stop, even for a moment, building our country and becoming stronger…”

On March 1, Israeli forces murdered 57-year-old Aminah Atiyeh in cold blood. She did nothing to provoke their attack.

Ambulances were blocked from reaching her. She died before anything could be done to help.

In mid-February, Israeli soldiers murdered 26-year-old Ibrahim Mansour. He was peacefully protesting. He was shot in the head east of Gaza City.

On February 27, Israeli forces stormed Muataz Washaha’s home. He was a Popular Front for the Liberation of Palestine activist.

They assaulted his family members. They detained his brother and two friends.

Late last year, he was released from lawless imprisonment.

He hid inside his house. He barricaded himself for protection. He refused to surrender voluntarily. He chose to resist. “I will not return to prison,” he said.

Israeli soldiers located him. They threatened live fire. He held firm. His mutilated body was found later. It was bullet-ridden.

Israeli forces lied. They claimed he was suspected of terror activity. They murdered him in cold blood.

Why Palestinian officials do so they’ll have to explain. They betray their own people in the process.

They collaborate against them disgracefully. Ethnic cleansing continues. So do other Israeli high crimes.

Palestinian collaborators are mindless about how much their people suffer. No end in sight looms.