In this edition of SPOTM: Selena Gomez, Courtney Stodden, Rihanna (again), that guy from One Direction and more proof that the entertainment industry is ruled by a dark secret society. 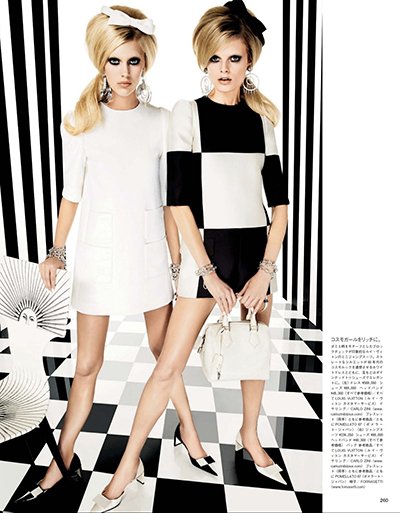 This Vogue Japan photoshoot puts a WHOLE LOT of emphasis on the concepts of alter-personas and duality (as represented by the Masonic checkerboard floor and the black and white stripes on the wall). Both are important concepts in mind control. 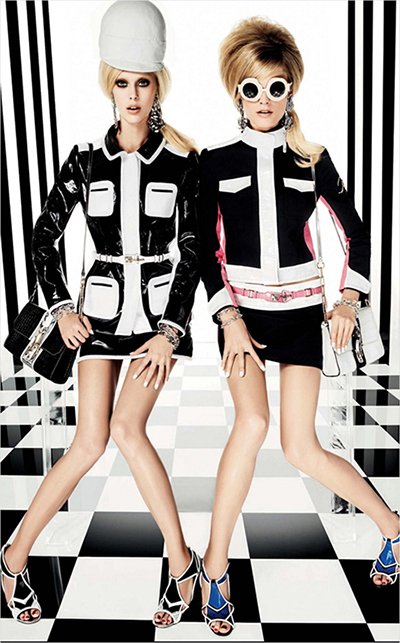 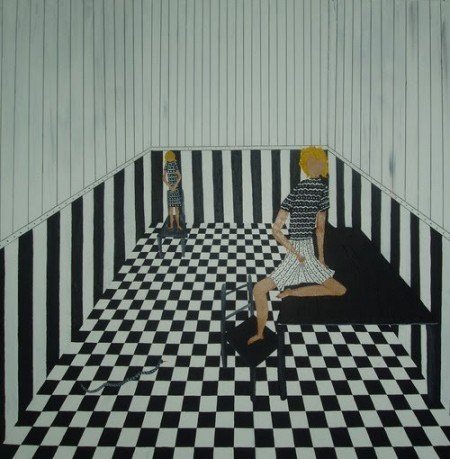 The setting of the above photoshoot is disturbingly similar to this painting by Kim Noble, a Monarch Programming survivor (see the article entitled The World of Mind Control Through the Eyes of an Artist with 13 Alter Personas). In the painting, there are indeed two identical girls (probably alter personas), a Masonic checkerboard floor and stripped walls. This proves that a lot of imagery in fashion shoots is directly inspired by Monarch Programming and its mind control techniques. 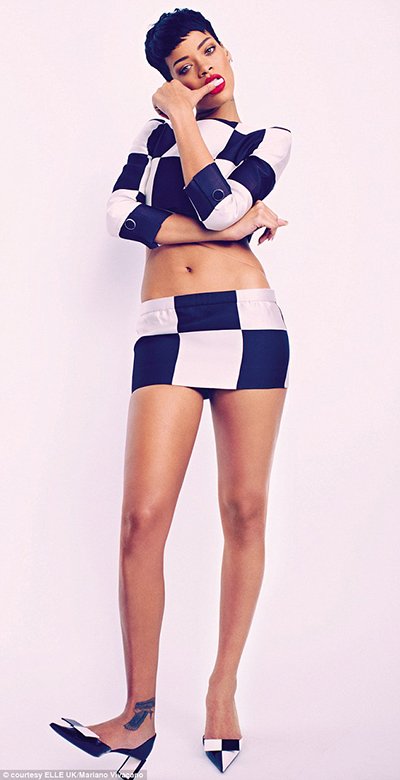 Speaking of which, here’s Rihanna in Elle Magazine  – with a special emphasis on the checkerboard pattern. Also, notice the tattoo on her ankle. 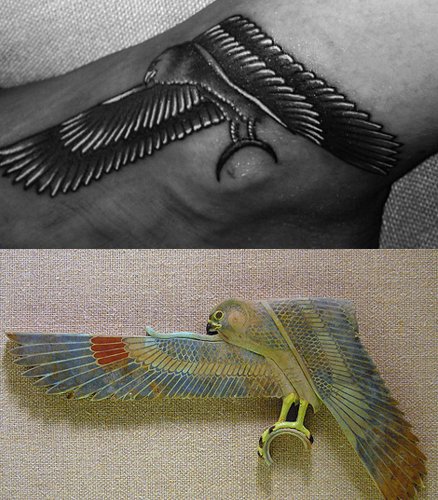 The tattoo appears to be inspired by this Egyptian falcon found at the Metropolitan Museum of Art. In Ancient Egyptian mythology, the falcon represented the solar god Horus – a central figure of occult mysteries. As you might know, the symbol of the All-Seeing Eye derives from the Eye of Horus. In short, Rihanna’s checkerboard dress and the emphasis on her Horus tattoo makes this picture a pure display of Masonic symbolism…to those who have eyes to see. 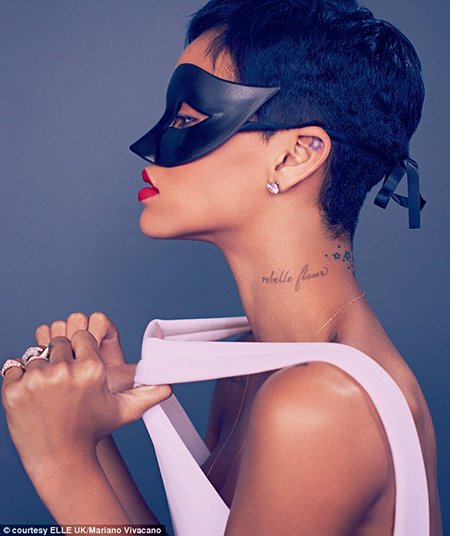 This other pic from the photoshoot features Rihanna wearing a masquerade ball mask. A “trendy” practice that descends from ancient occult elite rituals. 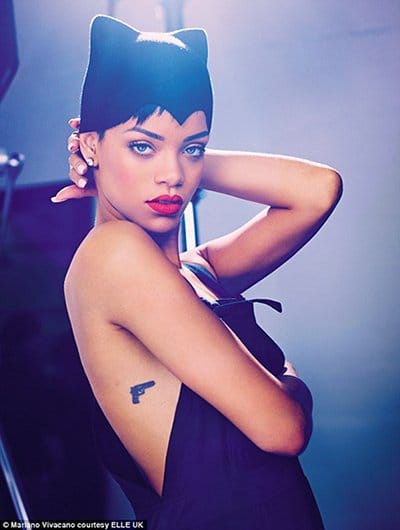 In the third pic, Rihanna wears a cute little Catwoman hat. Is this a reference to Kitten Programming?

Speaking of Sex Kittens, Courtney Stodden is quickly becoming the most blatant example of this kind of programming  in the “celeb world”. She recently put online two YouTube videos where she embodies alter personas complete with a different name, different accent and the whole shebang (the one on the right is “goth” and the one on the right is Latina).

Let’s not forget the video where she acts like a literal cat, complete with meowing, drinking from a bowl and going to the litter box… Sex. Kitten. 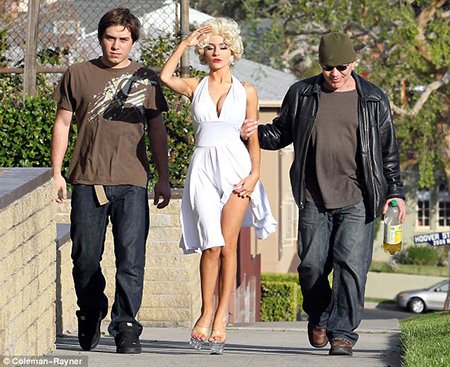 Here, Stodden is dressed as Marilyn Monroe, the ultimate product of Kitten Programming. As we’ve seen in previous articles, almost all celebrities associated with Kitten programming dress up as Monroe at one point or another in their career. 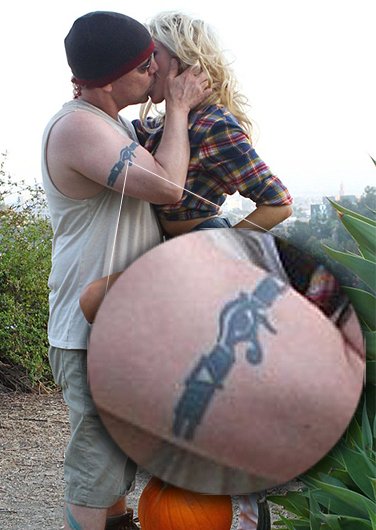 Stodden’s 52 year-old husband – who appears to be her handler – has an Eye of Horus tattoo accompanied with the alchemical symbols of fire and water (upright and reversed triangles). The All-Seeing eye and the concept of union of opposites are the kind of symbolism a MK handler would sport. 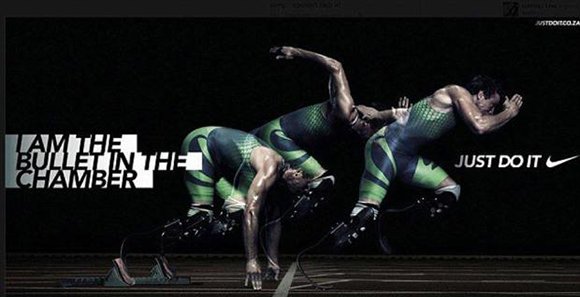 Oscar Pistorius, the Olympic athlete with prosthetic legs quickly became the figurehead of transhumanism and its “infinite potential”. Last month,  he was charged for the murder of his girlfriend. Oddly enough, the slogan of his Nike ad was “I am the bullet in the chamber”. 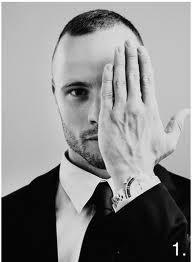 This pic of ex-Disney star Selena Gomez manages to contain a lot of Illuminati Agenda. The pic indeed conveys the concepts of self-destruction and the culture of death. Her shirt bears the Illuminati symbol of the All-Seeing Eye inside a triangle and two bolts resembling the Nazi SS symbol. Underneath, with see “Jesu$aves” – a fashionable way of ridiculing Christianity. 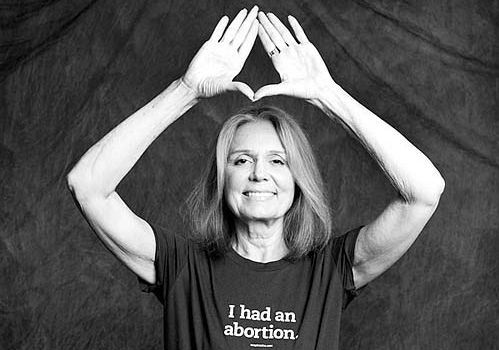 This Gloria Steinem pic is not new (it came out before VC was even created) but it is worth mentioning. It features her wearing a shirt saying “I had an abortion” while giving an Illuminati hand sign above her head. I won’t go into the whole pro-life vs pro-choice debate, but, seriously, is an abortion ever something to smile about? Isn’t it sad and unfortunate 100% of the time? A why does she need to publicize this fact on a shirt. And why is she making this particular hand sign (I’m pretty sure she’s not signed with Jay-Z’s Roc-a-Fella records). To summarize this pic, it goes right into the elite’s depopulation Agenda combined with the ongoing war against the sacredness of motherhood. 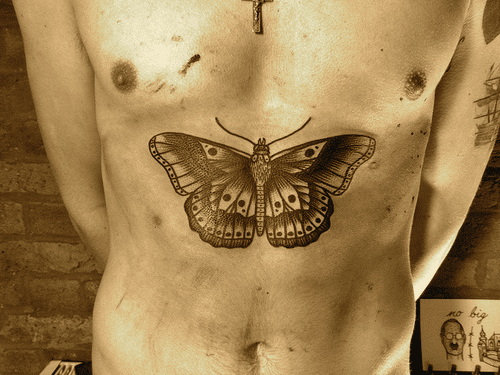 One Direction’s Harry Styles (Taylor Swfit’s ex) has a new tattoo. It’s a big-ass butterfly on his abdomen. Monarch? Programming? 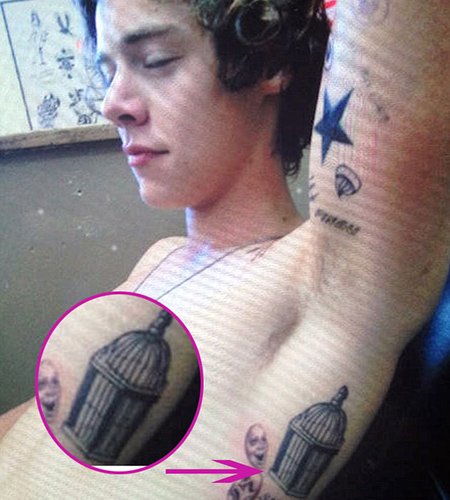 Harry also has a tattoo of the drama masks next to a birdcage. Does it represent the prison and mind control of the entertainment industry? 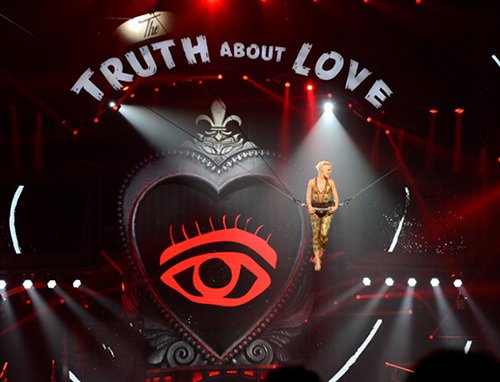 Pink’s new show features a big, red prominent All-Seeing Eye during a big part of it. Why? Because. It has to be everywhere. 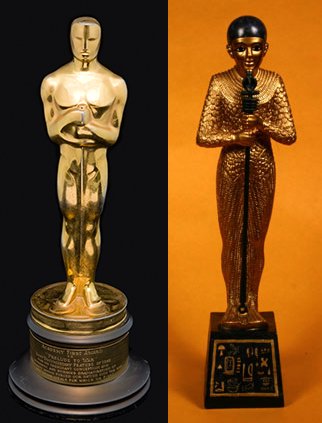 The Oscars took place on February 25th and a bunch of movie people went home with these statuettes. Do they know that the Oscar statuette is probably an art-deco version of the classic depiction of the creator god Ptah? In the Egyptian mythology, Ptah also takes the form of the funerary god Sokar – an important figure of Egyptian magic. Try switching the first two letters of Sokar. (Hint: Oskar). 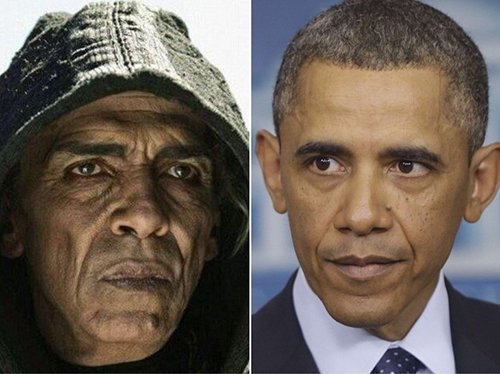 History Channel’s new miniseries “The Bible” created quite a stir when its depiction of Satan strangely resembled Obama. I cannot lie, when I saw that Satan figure, I immediately thought the same thing. I am not sure if it was intentional but, one thing is for sure: If you want to learn about the Bible, do not rely on this show. It presents a dumbed-down, bastardized and deformed version of the Bible which is apparently tailor-made to fit the elite’s anti-religion Agenda. I mean, where does it say in the Bible that two killer-ninja-angels descended to Sodom to kill everyone? The answer: Nowhere. Read Genesis 19 and see how it differs from the mini-series.

The post Symbolic Pics of the Month (03/13) appeared first on The Vigilant Citizen.