ARE YOU A SLAVE OF THE SYSTEM?

The Economic Collapse
July 4, 2012
If you went out and took a poll of the American people on July 4th (Independence Day) and asked them if they are free, what would the results look like?  Of course the results would be overwhelmingly lopsided.
Most Americans believe that they live in “the land of the free” and that they are not enslaved to anyone.  But is that really the case? Slavery does not always have to involve whips and shackles.  There are many other forms of slavery.
One dictionary definitionof a slave is “one that is completely subservient to a dominating influence”.  I really like that definition. 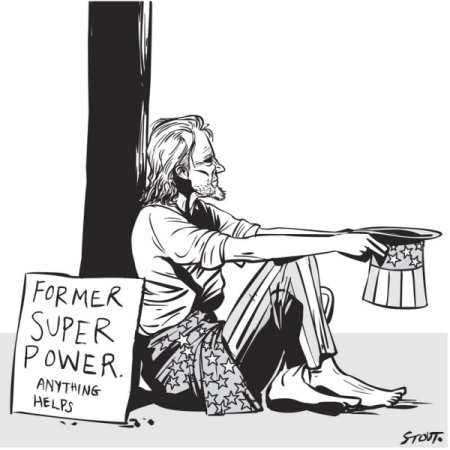 Today, millions of Americans are slaves of the system and they don’t even realize it.  Debt is a form of slavery, and millions of Americans having become deeply enslaved to our debt-based financial system.
When someone enslaves someone else, the goal of the master is to reap a benefit out of the slave.  You don’t want the slave to just sit there and collect dust.
Today, most Americans have willingly shackled themselves to a system that systematically drains their wealth and transfers it to the very wealthy.  Most of them don’t even realize that they have been enslaved even as the system sucks them dry.
Just think about it.  Where is the “big money” in the United States today?
When asked that question, most Americans think of Wall Street.
Well, who controls Wall Street?
The bankers do. 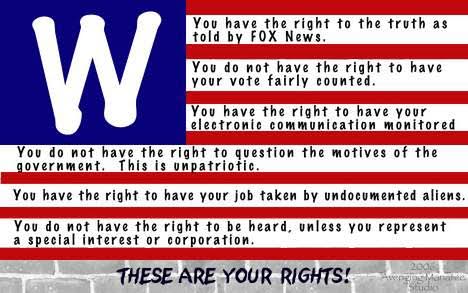 The borrower is the servant of the lender, and they generate massive amounts of wealth by lending us money.
Perhaps an example will be helpful.

According to the Federal Reserve, if you only make the minimum payment every month, at a 20% interest rate it will take you 49 years to pay that credit card off and you will pay back a total of $26,169.
So you would have gotten the original benefit of spending the $5000 and you would have had to work extremely hard to pay back an additional $21,169 to the bankers.
In essence, you would be working as a servant of the bankers until you had paid back that entire debt plus interest.
Unfortunately, our entire system is now designed to get you to go into debt.
It starts before we even get into the “real world”.  We are constantly told that we cannot get a “good job” without a college degree, but a college education is so ridiculously expensive these days that most of us cannot afford one without going into lots of debt.
Many of you out there know exactly what I am talking about.
Do you have a pile of student loan debt?
I do.
In fact, the total pile of student loan debt in the United States is now over a trillion dollars.
. 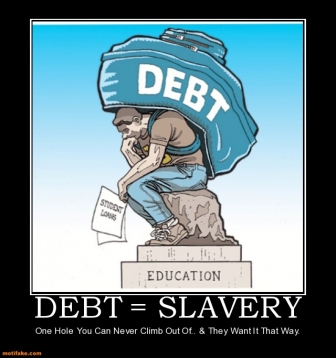 Unfortunately, when a lot of us graduated we found out that the “good jobs” that we were promised simply were not there.  Last year, 53 percent of all Americans with a bachelor’s degree under the age of 25 were either unemployed or underemployed.
So many young adults are starting out life already enslaved to a gigantic pile of debt but without a good job that will enable them to comfortably service that debt.
The really “lucky” graduates from the top schools flock to Wall Street so that they can make lots of money running the debt-based financial system that is enslaving all the rest of us.
Once young people leave school, there are lots of other “debt traps” to fall into.
Once you get out into the “real world”, just about every major purchase is going to involve another pile of debt.
Do you want a house?
. 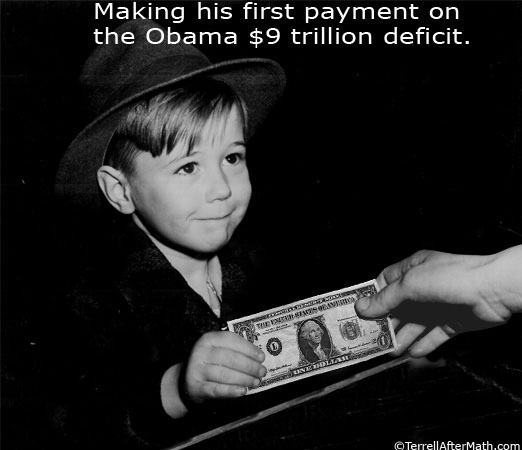 That is going to mean more debt.  As I have written about previously, mortgage debt as a percentage of U.S. GDP has more than tripled since 1955.
Do you want a car?
About 70 percent of all vehicle purchases in the U.S. now involve at least some borrowed  money.

Consumer debt is particularly insidious.  Our stores are filled with very beautiful things, and it is really easy to buy a bunch of stuff and “put it on plastic”.
Since 1971, the total amount of consumer debt in the United States has increased by 1700%, and approximately 46% of all Americans now carry a credit card balance from month to month.
We just keep plunging ourselves deeper and deeper into debt slavery.  Most Americans never seem to learn.  Over the past 30 years those of us in the “bottom 95 percent” have seen our financial shackles just get heavier and heavier.  The following is from a recent CNN article:

In 1983, the bottom 95% had 62 cents of debt for every dollar they earned, according to research by two International Monetary Fund economists. But by 2007, the ratio had soared to $1.48 of debt for every $1 in earnings. 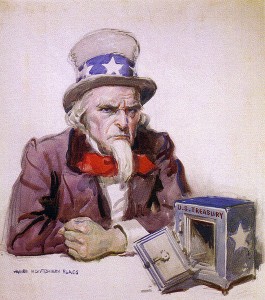 When you pile up lots of debt, you aren’t just working for yourself anymore.  You are also working for those that you owe the debts to.  Your hard work and sweat end up making them a lot wealthier..
Our state and local governments have enslaved themselves to debt as well.  Total state and local government debt is now about 8 times higher than it was 30 years ago.
At this point, many U.S. cities are in very serious trouble with debt.  In fact, another California municipality has just declared bankruptcy.  On Monday, the town of Mammoth Lakes announced that it has formally filed for bankruptcy.
But this is just the beginning.
The truth is that we are a nation that is absolutely drowning in debt and we need a lot more money in order to keep up with all of this debt.
But there is a problem.
In our debt-based financial system, the creation of more money actually creates more debt.
So how are we ever going to get out of the hole that we are in?

Today, the U.S. national debt is more than 5000 times larger than it was when the Federal Reserve was first created back in 1913.
This is why it is so important for the American people to realize that the Federal Reserve is a perpetual debt machine.

The Federal Reserve system itself does not make much money.  The vast majority of the profits that the Federal Reserve makes are transferred back to the U.S. government.
But that is not what the Federal Reserve was created to do.
What the Federal Reserve was created to do was to set up a system where the U.S. government would borrow money and pay interest on it instead of just creating the money itself.
Last year the U.S. government spent more than 454 billion dollars just on interest on the national debt.  That is a form of national slavery.  454 billion dollars that we worked very hard to make was taken from us and transferred into the pockets of some very wealthy people.
The truth is that the U.S. government does not actually need to ever borrow a single penny from anyone.  As a sovereign government it could directly issue money into circulation.
But lending money to governments is very, very profitable and it is the kind of thing that wars are fought over.
For example, the First Bank of the United States (the very first central bank in our country) was established in 1791 and the charter for that bank expired in 1811 and was not renewed.
So what happened the very next year?
The War of 1812.  During that war Washington D.C. was actually captured and burned.  The final major battle of that war was the battle of New Orleans which took place on January 8, 1815.
So what happened the very next year? 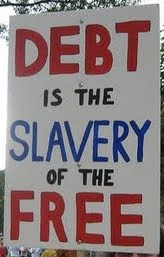 President James Madison signed the charter for the Second Bank of the United States on April 10, 1816.

So are you a slave of the system?
If you are in debt, then you are a slave at least to some degree.
Unfortunately, the global financial system has become so saturated with debt that it is now on the verge of collapse.  It appears that things could be getting significantly worse during the second half of this year, and the years ahead do not look very promising at all.
Sadly, most Americans do not see any of this coming.  In fact, a new CNN/ORC International poll has found that about 60 percentof all Americans think that the U.S. economy will be in good shape next year.
Can you believe that?
The mainstream mediahas done a fantastic job of brainwashing the general public.
.

The “blue team” is convinced that if Barack Obama wins the election and the Democrats take control of both houses of Congress that prosperous times are on the way.
The “red team” is convinced that if Mitt Romney wins the election and the Republicans take control of both houses of Congress that the U.S. economy will be put back on the right track.
Well, the truth is that there is not going to be a solution to our economic problems on the national level.  We have accumulated the greatest mountain of debtin the history of the world, and it is going to collapse and crush us no matter which brand of corrupt politicians we sent to Washington.
On July 4th, millions upon millions of Americans will celebrate “Independence Day” with cookouts, parades and fireworks without ever realizing the true nature of what is really going on.
Hopefully we can get more of them educated while there is still time.
Bookmark the permalink.