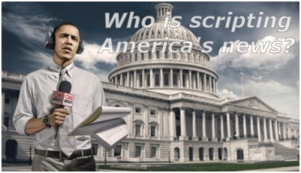 it mocks legitimate journalism. It fronts for power. It does so reprehensibly. It betrays readers and viewers in the process.

It exceeds the worst of Cold War misinformation. It increases chances for global conflict. It drives things unconscionably toward it.

Sunshine is the best disinfectant. On May 4, RT International did responsible fact-checking. “MSM uncertain who is behind deadly Odessa blaze,” it said.

“Despite clear evidence that the pro-Kiev radicals set Odessa’s House of Trade Unions ablaze on Friday killing dozens, the mainstream media (are) being ambiguous about the causes of the tragedy.”

Misinformation proliferates. Hard truths are buried. “(A)ssigning blame to those who actually set the building on fire” is ignored.

MSM sources were scandalously unreliable. They remain so. Kiev’s version of events was featured. Victims were blamed for neo-Nazi Right Sector crimes.

According to media scoundrels, “the House of Trade Unions just caught fire.” A sort of Immaculate Conception arson.

No human involvement. No accelerant used. No truth claiming it.

“At some stage yesterday – and it still unclear exactly how this started – but there were rival pro-Russian and pro-Ukrainian protests here.”

“It led to fierce street clashes, which culminated in a huge fire in a building last night.”

According to Fox News:

“Violence is escalating in Ukraine. Police in normally calm Odessa say a clash between pro-Russians and government supporters led to a fire that killed at least 31 people.”

Thousands of Eastern Ukrainians asked Putin for help. According to Fox News, they asked Kiev for protection against Russia.

Propaganda substitutes for real news, information and analysis. It cited Kiev’s regional Interior Ministry misinformation. It did so like gospel.

The ministry “did not give details of how the blaze started,” it said. “(T)he exact sequence of events is still unclear,” it claimed.

It lied saying so. Doing so is official BBC policy.

CNN long ago fell from grace. It matches the worst of Fox News. It lied claiming it’s “unclear exactly what may have caused” the Odessa blaze.

Belatedly when it was too late to matter, it suggested Kiev supporters’ responsibility.

Sometimes they’re buried after the fact in virtual print footnotes in print or on-air sound bites too insignificant to matter.

Doing so barely gets notice. Big Lies resonate beyond when reported. Readers and viewers are scandalously misinformed. Doing so is longstanding scoundrel media policy.

On May 3, It headlined “Ukraine Presses Pro-Russian Militants After Fighting Spreads to a Port City.”

It lied calling Eastern Ukrainian activists “militants.” Saying so equates them with combatants.

Time rubbish denigrates them. A same day article headlined “Behind the Masks in Ukraine, Many Faces of Rebellion.”

It replicated its other article misinformation. It called a civilian self-defense leader a “shadowy paramilitary.”

At stake is freedom or virtual slavery. If fighting for what’s right isn’t important, what is?

It’s a pretext for targeting Russia. It’s to eliminate a major rival. Don’t expect The Times to explain.

It fronts for what demands denunciation. It marches in lockstep with imperial lawlessness. It’s mindless of fundamental rights. Wealth, power and privilege alone matter.

They’re sick and tired of perpetual wars. They want them ended. They want domestic policies addressed. They want America out of Afghanistan. They want no US Ukraine involvement.

He deplores diplomacy. He craves conflict. He waged multiple direct and proxy wars since day one in office. They continue. He’s got more in mind.

“A lot is riding on (his) ability to lead,” said Times editors. They irresponsibly accused Putin of “gobbl(ing) up more of Ukraine.” Truth-telling isn’t their long suit.

“The(ir) aim is to completely clear Odessa” and other Eastern Ukrainian cities of pro-Russians. “They are all paid Russian separatists,” he said.

They’re ordinary people fighting for rights everyone deserves. Not according to scoundrel media liars.

Vilifying them continues daily. Illegitimate fascist putschists are supported. So is might over right.

A man listening to him said Stalin should be resurrected to fight “Nazis.” He left no doubt which ones he meant.

They’re in Kiev. They infest Washington. One fascist regime supports another.

They threaten more than Ukraine. Europe is at risk. So is humanity if America’s rage for unchallenged global dominance isn’t stopped.