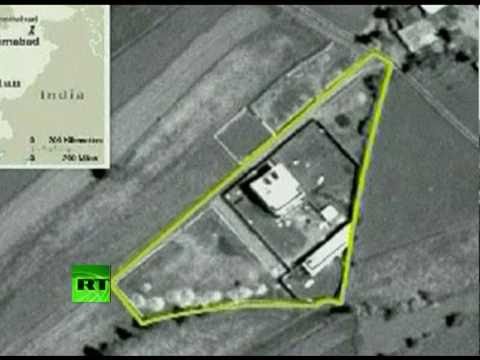 By Air Commodore (R) Khalid Iqbal
Pak-US Relations
May 2, 2012
One question that will hunt for all times to come, if it was Osama, why wasn’t he taken alive or his body brought before the media?
One year down the timeline, many questions remain unanswered about the Abbottabad attack. It is unfortunate that Osama was in Pakistan (if Osama was there) and such a humiliating mission was conducted on Pakistani soil.
Osama had no following in Pakistan; he is neither idealized nor idolized in Pakistan.
Had America announced his presence in Abbottabad publicly and sought extradition, Pakistani government and public would have obliged. Presence of Osama in Abbottabad was an intelligence failure of global level. All major intelligence outfits of the world failed in their responsibility, individually and collectively, to keep a tab on the most wanted person.
In Pakistan’s context, a number of speculative theories are still afloat:

military was caught napping;
political leadership was in the know of the operation and it handed over Osama over and above the shoulders of military leadership;
ISI failed in its duties, both ways, whether it had or it did not have the knowledge of Osama’s presence;
America deliberately made a solo go to humiliate Pakistani leadership, create rift amongst various components of national leadership and radiate an aura of insecurity amongst the public at large etc .

These narratives mixed with campaigns and counter-campaigns of disinformation through memo-gate were to form a sticky mosaic to create multi-dimensional pressures to extract strategic concessions from Pakistan. A common Pakistani continues to be in an information void. It is too early to reconstruct the exact replication of the mission and draw accurate conclusions; conflicting theories will continue to fog the reality for quite some time. Factual narrative may never see the light of the day.
However, Pakistan as a nation has refused to budge in to American pressures.
Pakistan is a wonderful country, having the capability of offsetting Herculean odds. The people and the leadership of Pakistan have the potential of turning the tide. Soon after the momentary set back, as a whole, state and society was able to put its act together and reinforce the attitude of defiance that had started with the CIA spy Raymond Davis saga.
Shedding the oriental approach, Pakistani nation became a realist bargainer. Outcome of the protracted process of Parliamentary Review on terms of re-engagement is reflective of the public mood. No political party was able to stand the public wrath by favouring opening of main supply routes for Americans. The burden has now shifted to the government. Likewise, there are no buyers of Drones’ utility.
United States and Pakistan have reached a point of strategic divergence. Even after one year, public anger against America’s cowardly ambush in Abbottabad has not receded. It has changed in form.
America has lost the goodwill of the people of Pakistan, for times to come. It is interesting that point of view of military leadership on these issues has been closer to the grand public standing.
After initial spate of anger over the failure of the Pakistan’s military to respond to intruding helicopters, gradually people began to understand that even under highest degree of readiness, such cowardly sneaking attacks stand a fair degree of chance to succeed.
From an outrage against the armed forces, public mood now stands transformed into a national resolve; an ‘anti-America attitude’.
Abbottabad mission shall always be cited by the international jurists as a precedent of blatant violation of the UN charter and international norms. It appears that mission was designed to proclaim Osama as dead with no provision for capturing him alive.
Indecent haste in which his body is claimed to have been was disposed off in the sea would always keep a question mark on the authenticity of the event.
Question of not capturing him alive and bringing him to justice would come back in circles to haunt those who authorized Osama’s cold blooded murder.
Perception has it that Americans never wanted to capture Osama alive; they could not have absorbed his revelations during a fair and independent trial. Only dead Osama suited Americans.
Adopted method also carried the advantage that Pakistan could be blamed for all American failures in Afghanistan. Beside other attributes, Operation ‘Geronimo’ carries a unique stigma of an operation by a superpower against its own ally.
It was indeed a stabbing at the back; a misadventure against an ally who had suffered the most in supporting America’s fight in so called war on terrorism.
In the post Abbottabad attack damage reduction effort, Pakistan’s political leadership has been striving hard to create essential distance between America and Pakistan.
Frequent highest level contacts with Iran, Afghanistan, Russia and other regional countries are certainly not to the liking of Americans. After Iran, America has lost another ally in Asia, the people of Pakistan, and that too for times to come. Neither public opinion would reverse nor would the national leadership be able to go against it.
Abbottabad fiasco was one of the fall outs emanating out of lack of a focused, integrated and coherent counter terrorism policy at national level. For example, Despite being a fine concept and duly sanctioned by the parliament, setting up of ‘National Counter Terrorism Authority’ could not take off due to inter-department rivalries. This lackluster approach resulted in non-conversion of piecemeal tactical level counter terrorism measures into a strategic gain.
At intelligence level also, it was indeed a composite national failure; therefore, both military and civilian components of the intelligence setup need to face the scrutiny with the objective of plugging the intelligence black holes.
People of Pakistan are striving hard to put behind the saga of national shame and gloom; shame because Osama was found on our soil and gloom because we failed to locate him, resulting into a humiliating unilateral intervention by Americans, to which we could not generate a military or political response.
People have the right to know the actual facts. Keeping in view of the interconnections of memo-gate and Abbottabad incident, it would be prudent to merge both the commissions and inquire the matter in a wholesome manner.
One question that will hunt for all times to come, if it was Osama, why wasn’t he taken alive or his body brought before the media?