It bears repeating what other articles stressed. Putin supports peace and stability. Obama wages one war after another.

Putin affirms UN Charter and other rule of law principles. Obama ignores them. He claims a divine right to achieve unchallenged hegemony. He does it belligerently. 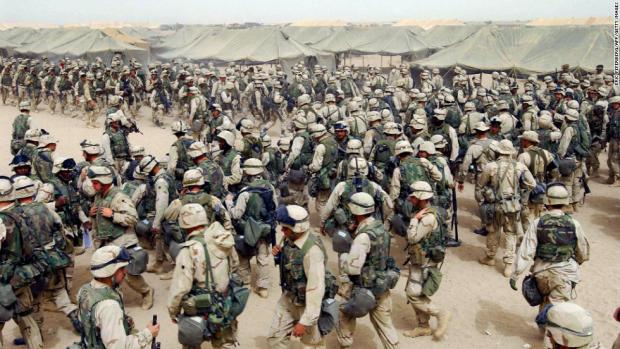 In contrast, Obama’s approval rating hit an all-time low. For the first time, a new Fox News poll has him at 38%. In February, he scored 42%. Last November, his previous low was 40%.

Approval for Democrats is 71%. Among Republicans it’s 5%. For independents it’s 28%.

• 59% said he failed to run a transparent administration;

• 57% said he failed to improve healthcare;

• nearly half those polled said he failed to make America safer.

Around 40% of US voters call themselves independent. A large majority believe his tenure reflects failure.

Maybe a much larger one will going forward. Why anyone feels otherwise they’ll have to explain.

His rage to dominate risks WW III. Stopping him matters most. Daily developments should scare everyone.

Turkey granted an unnamed US warship permission to pass through the Bosphorus en route to the Black Sea.

Itar Tass expects a US destroyer to enter the area sometime this week. The USS Taylor (FFG-50) guided missile frigate remains there.

According to Montreux Convention provisions, warships of countries not bordering the Black Sea can’t remain there longer than 21 days.

Stars and Stripes is a de facto Pentagon publication. On March 5, it headlined “Pentagon sends 6 warplanes to patrol skies over 3 Baltic nations.”

“The move more than doubles American warplanes’ presence in the NATO mission to ‘protect’ ” them, said Stars and Stripes. No external threat exists.

Stars and Stripes called what’s happening a “signal of American resolve in the face of the recent Russian ‘aggression.’ ” Further details of what’s planned weren’t disclosed.

At the same time, Joint Chiefs Chairman General Martin Dempsey told Senate Armed Services Committee members of the need for “continued restraint in the days ahead in order to preserve room for a diplomatic solution.”

“The situation in Ukraine presents serious implications for the security and stability of the Euro-Atlantic area.”

“And Russia continues to violate Ukraine’s sovereignty and territorial integrity, and its own international commitments.”

“So NATO decided today to take a number of immediate steps.
We have suspended the planning for our first NATO-Russia joint mission.”

“The maritime escort for the US ship Cape Ray, which will neutralize Syria’s chemical weapons. Let me stress, this will not affect the destruction of chemical weapons, but Russia will not be involved in the escort of the US vessel.”

“We have also decided that no staff-level civilian or military meetings with Russia will take place for now.”

“We have put the entire range of NATO-Russia cooperation under review. NATO Foreign Ministers will take decisions on this in early April.”

At the same time, the door for political dialogue remains open, he added. In other words, heavy pressure will try to get Putin to reverse policy.

Washington determines NATO’s agenda. Rasmussen lied claiming its “pledge to observe in good faith our obligations under international law. And our commitment to refrain from the threat or use of force against each other, or any other state.”

One country after another is ravaged and destroyed. They’re turned into dystopian wastelands. Their resources are plundered. Their people are ruthlessly exploited. Democracy is strictly verboten.

Alexander Grushko is Moscow’s Permanent Representative at NATO. On Wednesday, he said:

“We are disappointed with the results of this meeting. Russia had expected it would feature a discussion where it we would be able to clarify our approaches to the settlement of the situation in Ukraine.”

“But at the very beginning of the meeting, the NATO secretary general announced that the NATO Council had preferred not to wait till our today’s meeting and had passed a decision to suspend cooperation in certain areas.”

Instead of mutual cooperation, NATO policy reflects “one against twenty-eight (or) one plus twenty-eight,” Grushko said.

Moscow complained about this for years. Doing so fell on deaf ears. Today more than ever.

Putin and Foreign Minister Sergei Lavrov are going all-out to do so. US imperial lawlessness compromises good faith efforts.

First Deputy Prime Minister Rustam Temirgaliyev announced it. Thousands of Crimeans were assembled outside parliament when he did so.

They cheered what happened. They chanted “Russia!”

On March 16, Crimeans vote. A referendum is scheduled. It follows parliamentary unanimity. Expect popular sentiment to endorse it.

Doing so was originally set for May 25. It was moved up to March 30. It’s now nine days away. Crimeans will decide on two issues:

(1) “Are you in favor of Crimea becoming a constituent territory of the Russian Federation?”

Crimea is part of Ukraine, it says. It defines its relationship according to mutually agreed on terms.

At issue is alleged “misappropriation” of Ukrainian state funds. International law prohibits nations from interfering in the internal affairs of others.

If wrongdoing was committed, country authorities alone may decide how to address it. Others doing so act lawlessly. It’s longstanding Western policy.

Washington plans punitive economic sanctions. Congressional members are split on whether to do so. Those opposed want multilateral ones imposed.

Germany, Britain, France and Italy oppose them. They do so for good reason. Russia is Western Europe’s third largest trading partner.

Energy is a major issue. Europe is heavily dependent on Russian resources. Gazprom supplies Ukraine with over half its gas.

Europe gets 40% from Russia. Germany gets one-third of its oil and gas from a source too vital to lose.

EU economic sanctions talk may be more bluster than action. Germany, Britain, France and other European countries partnered with Washington.

They caused crisis in Ukraine. They allied with fascist putschists. They ousted a democratically elected government. They replaced it with illegitimate neo-Nazis.

They unjustifiably blame Russia for their own wrongdoing. They gave Moscow until March 6 to deescalate things.

Otherwise, talks on greater economic and political cooperation will be suspended, they warned.

Turning off the spigot in response to Western sanctions will cause enormous problems. EU nations won’t precipitate what harms them.

On March 6, Obama acted unilaterally. He signed an Executive Order. It authorizes sanctions against “individuals and entities responsible for activities undermining democratic processes or institutions in Ukraine.”

It includes what he calls “military intervention in Crimea.” His action doesn’t preclude further steps.

On Tuesday, she spoke at a California fundraiser. Demagogic bluster was featured.

She lied saying Putin’s agenda reflects “what Hitler did back in the ’30s.” His “mission is to restore Russian greatness,” she claimed.

“When he looks to Ukraine, he sees a place that he believes is by its very nature part of Mother Russia.”

Clinton represents the worst of imperial America. She’s a monument to wrong over right.

Yanukovych had nothing to do with them. He was wrongfully blamed.

Asked about the revelation, a State Department spokesperson said:

“As I said around the last unfortunate case, this is just another example of the kind of Russian tradecraft that we have concerns about.

US media scoundrels buried the story. They reported nothing. Legitimate media would headline it.

It should be a game-changer. It won’t be. It’s the fallen tree in the forest no one heard. Vital truth is suppressed. Business as usual continues.